A long-delayed report has concluded that the extension of the Western Rail Corridor (WRC) would not provide value for money and would do little to counter traffic congestion or reduce carbon emissions.

The financial and economic appraisal was commissioned by Iarnród Éireann in 2019, but has only now been published by the Department of Transport.

It was carried out by the accountancy firm, EY and runs to almost 140 pages.

Following years of campaigning, a section of the rail line between Athenry and Ennis reopened in 2010.

Costing €106m, it allowed for the reintroduction of train services between Galway and Limerick.

But plans to re-activate the line northwards to Tuam (Phase 2) and then to Claremorris (Phase 3) were abandoned during the last recession.

Following the 2016 General Election, the then government committed to reviewing the proposed project.

The EY report examines the case for further expansion of the line, with a cost benefit analysis into such a course of action.

It puts the cost of reopening the line to Claremorris at €263.8m (excluding VAT).

This would cover the installation of 52km of track, as well as the necessary signalling and infrastructural works along the route.

The majority of these journeys would replace journeys on buses (67.5%) rather than car journeys (22.8%).

This would deliver €2.2m in revenue to Irish Rail, but operating and maintenance costs would be in the region of €3.6m per year.

While the revenues generated by reopening the WRC would not cover operating costs, the EY report also assessed the wider economic benefits that might stem from the expansion of rail services.

However, it found that the length of the line, travelling via Athenry to get into and out of Galway, meant road travel would remain faster, even allowing for congestion on the approach routes to the city.

The report says the number of car journeys that would be avoided as a result of the line reopening would be relatively limited and that there would be a negligible impact on congestion or journey times as a result.

It is pessimistic about the project's potential to bring about a significant increase in rail freight too.

A total of nine new rail crossings would have to be constructed to facilitate the return of trains.

The report concludes that the economic benefits associated with the reactivation do not offset the costs involved.

An independent review of the EY report has also been published. It was carried out by the European Investment Bank's JASPERS agency.

That analysis says the project, as envisaged, presents "a very weak justification for investment".

The review found the need for the project had not been demonstrated and described the economic benefits as "unlikely to be significant".

The JASPERS analysis says it is hard to see how there would be a shift in travel patterns if train services were available along the west coast, and that the project would not lead to significant changes in strategic connectivity.

The reports have been welcomed by the Western Rail Trail campaign, a group working to promote greenways along the route of the old rail line.

It says the findings offer definitive proof that the track will not reopen anytime soon or in the coming decades.

The campaign has called on local authorities in Galway and Mayo to now apply for funding to put a greenway on the line.

But West On Track, which has been lobbying for the reactivation of rail services for almost two decades, is highly critical of both reports.

It has questioned the costings put forward by EY, claiming the railway track could be reinstated for under €100m.

It has also queried much of the other information and methodology in the report, describing it as being full of mistakes. 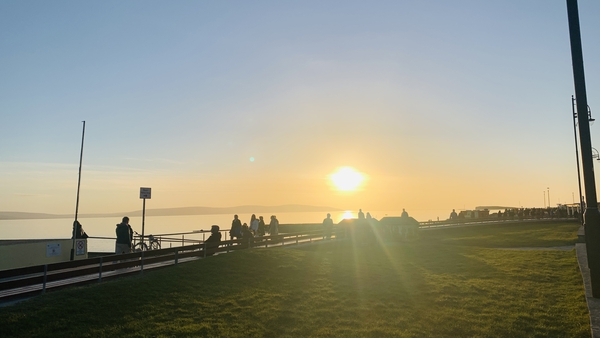