Meticulously logging every detail of every minute of your day probably seems like a mind-numbingly dull way to pass the time.

And, until relatively recently, it was something that only the smallest minority of people would even attempt to do.

But in just a few years the paradigm has shifted, and the "quantified self" has become a mainstream pursuit.

What is 'the quantified self'?

It’s a very clunky term for what is a fairly simple concept.

Essentially, it’s about using technology to record and measure what you’re doing in your daily life.

It generally has a health focus - so that might be measuring your movement, or the food you’re eating. But it could be about logging anything; like how much time you spend reading, practicing an instrument, or looking at your phone.

And the idea is that you can then take that information and use it to make improvements.

Maybe you’re trying to hit certain goals in how much exercise you do each week or trying to cut back on your screen time. Or maybe you can analyse your data to see why you’re not making the kind of progress on the piano that you’d hoped for.

Ultimately, it’s all about trying to apply very logical, hard evidence to things that might previously have required a lot of guess-work.

How big of a business is this?

Depending on how you count it, it’s an industry that’s already worth tens of billions, and it’s projected to grow significantly in the coming years as more people try to get more pro-active in managing their health.

A good example of that is the smartwatch, or fitness wearable - these are kind of the gateway drug of the quantified self.

Even the most basic devices track things like your steps - or estimate your daily calorie burn - and can be used to record work-outs.

But increasingly they’re doing things like tracking how much sleep you get, and the quality of that sleep.

They’re able to estimate a user’s blood oxygen level, detect a potential irregular heartbeat and even pick up on changes to your body temperature - which can be useful for cycle tracking, and potentially even picking up on someone’s illness before they even feel symptoms.

All of this information gets fed back to an app on your phone, which allows you to look back and compare data from today, with the same day last week, or a month ago.

So you can see if you’re getting more or less exercise than you were before, or sleeping better or worse.

And smartwatch sales have sky-rocketed in the past five or six years - and particularly since the start of the pandemic - as more people have sought out better ways of monitoring and improving their health.

Smart watch sales last year were estimated to be worth more than $22 billion globally - and it’s predicted to grow to $58 billion by 2028.

Apple is the market leader at the moment - it holds almost 40% of all sales by recent estimated.

Though that figure wouldn’t count a lot of the cheaper wearables out there – including a lot of Fitbit devices - because they’re fitness trackers, rather than smartwatches.

Either way, the smart watch market is huge. By 2019, Apple was selling more watches than the entire Swiss watch industry combined.

But it’s not just about wearables.

Some people are using those mail-order DNA tests to try to find out what conditions they’re genetically pre-disposed towards, or what kinds of foods they might have tolerance issues with.

Our phones can now tell us how much time we spend each day looking at apps, and offer tools to manage our screen time.

There’s even a device that offers to continuously measure someone’s hydration - essentially through a sensor that sits in your toilet to measure what’s going in.

There’s not to mention the countless consumer-focused apps now available that try to make it easy for you to log you activities - be it exercise, or a hobby, or a chore - and attempt to push you to develop better habits relating to them.

So a lot of this is reliant on logging everything you do in an app? 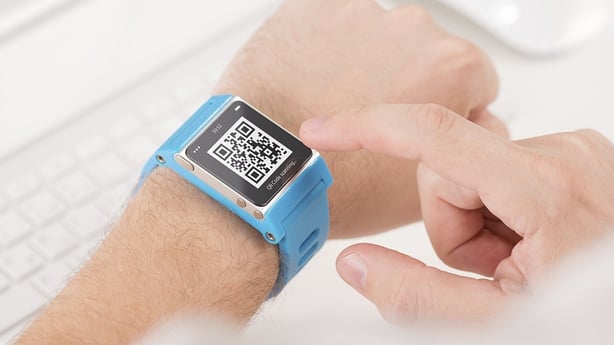 At the moment - yes.

There is only so much the likes of a watch can do automatically, and so anyone who was really trying to get a handle on what they were doing would still need to be very committed to logging lots of data, every day.

And even then they might need to be working with their own spreadsheets in order to be able to analyse that data and learn anything from it.

But there are lots of technology firms out there that are trying to develop software and devices that do more of the work for us - and this is where things start to get a bit more out-there.

But we are still talking about products that are available to users today.

In recent years there has been a growth in the market for continuous glucose monitors - this is essentially a little disc with a small needle and a wireless chip.

They’re generally used by people with diabetes. So, instead of having to do regular finger prick tests to check their blood/sugar levels, they can stick one of these onto their arm and it regularly checks their blood automatically.

That data is then fed through to an app on their phone.

But that same technology is now being adapted by wellness wearable firms as a way of monitoring people’s diets. Because, when you eat or drink something and your body processes it, your blood-glucose changes - but it changes in different ways depending on what the food or drink had in it.

So sugar will have one kind of impact, caffeine will have another, and so on. The idea is that this device picks up on when you’ve taken something in and gives you feedback on it.

Maybe it logs a spike in your sugar levels, so it tells you to go easy on the sweet foods, or it can tell that there wasn’t much protein in your last meal, so suggests you add more in next time.

Or maybe the opposite - it spots when you’ve gone a long stretch without eating anything, and encourages you to have some food in order to keep your energy levels up.

And if you couple all of that data in with the fitness tracker that’s monitoring your sleep and your movement in the day, suddenly you have a lot of information about your habits and where improvements could be made.

You could even have your device telling you what you should consumer before each workout in order to have the best possible performance – the kind of thing that would normally be done for professional athletes.

But this kind of thing isn’t cheap, though... one company that’s offering a system like this here charges €1,800 for a three-month programme.

It seems a bit extreme...

It is - that's a lot of money to spend, and having what’s basically a small implant in your arm is a big leap, even for those used to tracking things with a smart watch.

But this is the direction of travel for the quantified self.

There is a lot of money being spent by firms trying to find a way of having a reliable, non-invasive glucose monitor. In other words, one that doesn’t require a needle in your arm to log what’s going on.

That idea is still a big ‘what if’ – but if someone cracks it, it would be a game-changer – not just for people with diabetes, but then it’s only a matter of time before it becomes a feature on a standard smart watch.

But is there really a value to all of this data? 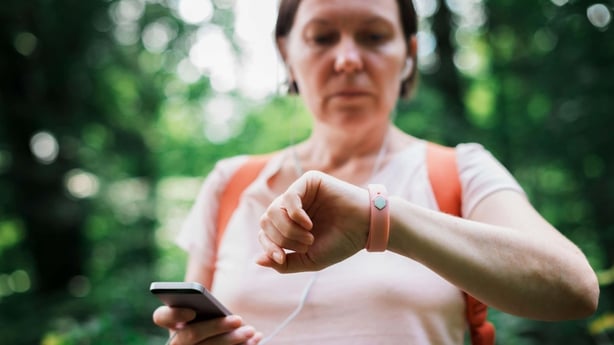 We know that people in Ireland, and in many other countries, are getting less healthy.

And for most of us, we know the risks of living a sedentary life, or having a poor diet - but because a lot of the worst effects are long term, they’re easy for us to dismiss or put on the long finger.

But if you have something that’s constantly nudging you to do the right thing - and pointing out to you what you’re doing well and where you could be doing better, it might make it that little bit easier to catch yourself early, and correct course.

And while there’s a lot of money involved in that - whether it’s the cost of your smart watch, or your €1,800 monitor, proponents of this kind of approach would say that it’s an investment that’s going to save you a lot of money in the long-run.

After all, if it’s making you healthier now, you’re less likely to have health issues as you age, which means fewer healthcare costs. And you’re going to have a better chance at a decent quality of life as you age, too.

But there must be risks, too? Absolutely - at its most basic level it’s easy to get obsessed over these kinds of things.

There’s also the risk of over-analysing the data, or not analysing it in a useful way. Because having the information is one thing, but actually being able to make sense of it is another thing altogether.

And you’re essentially putting a lot of faith in fairly immature technology, often by immature companies, who are relying on complex algorithms that we don’t know much about.

You’re also putting a lot of faith by trusting those firms with your data.

Our health data can often be the most personal information we have - so there is a significant privacy concern with handing that over to someone else.

Last year regulators in the US alleged that a period tracking app was selling users’ health data to Facebook and Google.

When some states in the US recently moved to tighten abortion laws, some experts urged people to delete these kinds of tracker apps altogether, over fears the same data could be seized by law enforcement and used to identify when someone had had an abortion, and broken the law.

But it doesn’t even have to be that extreme - you don’t have to think too hard to imagine simpler ways all of this data might be used against us.

Some health insurers in other countries have already started offering rewards, like gift cards, to members who meet certain activity targets through their smart watches.

A cynic would say it’s only a matter of time before they introduce a stick alongside that carrot, though.

Perhaps in the future, that means a bump in your renewal price, because your smart watch reveals that you’re lot less active than you said you were - or your glucose monitor is telling them that you’re prone to a bar of chocolate and a can of fizz on your lunch break. 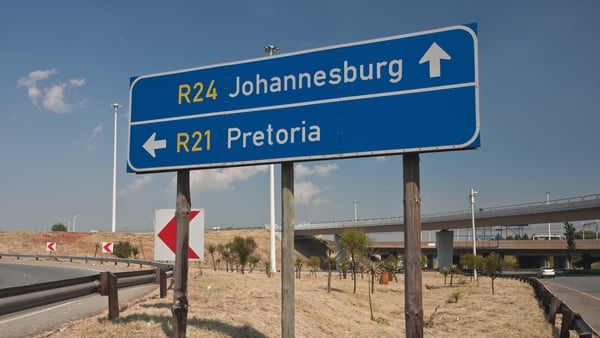