KBC Bank Ireland has announced that it is in discussions about the possible sale of its performing loan assets and liabilities to Bank of Ireland.

KBC said the deal, if coupled with a separate sale of its non-performing mortgage loan portfolio, would ultimately result in the bank's withdrawal from the Irish market.

It said it has entered into a Memorandum of Understanding with Bank of Ireland, which could see Bank of Ireland committing to buying "substantially" all of KBC Bank Ireland's performing loan assets and liabilities.

It said the deal remains subject to customary due diligence, further negotiation and agreement of final terms and binding documentation, as well as obtaining all appropriate internal and external regulatory approvals.

KBC also said its remaining non-performing mortgage loan portfolio, which is not part of the MoU, is currently being analysed and KBC Group is reviewing its options to divest this portfolio.

"While these discussions are ongoing, KBC Bank Ireland remains committed to offering its retail banking and insurance services of the highest level through its digital channels and hubs, for its existing and new customers," it said.

The Belgian bank first entered the Irish market in 1978 through the majority acquisition of Irish Intercontinental Bank and has 1,246 employees across its 12 hubs around the country.

KBC had €10 billion worth of loans, €5 billion in deposits and a 12.6% share of the mortgage market at the end of last year. Its impaired loans stood at €1.4 billion or 14% of its total loan book.

The bank gave no specific reasons for wanting to exit the Irish market, but in a statement cited "the challenging operational context for European banks".

Minister for Finance Paschal Donohoe said that KBC's decision to leave the Irish market is regrettable, particularly as it comes so soon after NatWest's decision to withdraw Ulster Bank from the country.

KBC Group CEO Johan Thijs said that given the challenging operational context for European banks and after careful consideration, it has reached an agreement with Bank of Ireland about the potential sale of all of its Irish performing loan assets and liabilities.

"For the time being nothing changes, neither for existing nor for new customers," the CEO said.

He said that customers do not need to take any action as a result of today's announcement.

Read more
What should KBC Bank Ireland customers do now?
KBC's decision on Ireland regrettable - Donohoe
Why is Ireland seen as unattractive by banks?

Speaking on RTÉ's Morning Ireland, Mr Roebben said the talks with Bank of Ireland are in the early stages and no conclusion has been reached.

Mr Roebben said that the bank has a commercial offer that has to be considered further and balance that with the commercial outcome of a prolonged stay in the market.

He said that there is "a long way to go", adding that the main message from the bank is that is open for business and nothing is changing now.

The bank CEO sought to reassure customers and staff that their interests would be equally protected in any deal made.

He said the bank wanted to find a "fair and balanced outcome for staff and customers".

Both KBC and Bank of Ireland thought it was in the interests of staff and customers to announce their intention to explore this route further, he added.

Francesca McDonagh, Group CEO of Bank of Ireland, said that when the bank looks at opportunities it considers if they are a good fit for the customers involved and for the bank.

"This MoU complements our strategy to grow our business in Ireland, and supports the investments we are making in the transformation of our systems and digital banking services," Ms McDonagh said.

"We would be very pleased to provide KBC Ireland customers with a good home, and look forward to progressing our discussions with KBC over the coming period," she added.

Bank of Ireland shares closed 8.4% higher in Dublin trade today after the surprise announcement from the two banks.

Bank of Ireland should be able to fund the transaction with its own resources, Goodbody Stockbrokers analyst Eamonn Hughes said in a note, describing it "a potentially very accretive deal for the bank".

John O'Connell, General Secretary of the Financial Services Union, has called on KBC Bank Ireland and Bank of Ireland to publish their memorandum of understanding.

He said the union is calling for immediate clarification from both lenders that transfer of understanding legislation will apply to any deal that may be done and that staff will follow the work.

Both banks need to confirm that this is enshrined in the memorandum of understanding, it added.

"It is not good enough that once again staff are the last people to be informed about the future of their jobs. This is not the way that change should be managed," Mr O'Connell said.

"The FSU will be writing to both Bank of Ireland and KBC to express our dismay at the lack of consultation and to request an urgent meeting to discuss the protection of jobs, the timeframe expected for completion of the discussions and the effects this announcement will have on staff and customers," he added.

He also said it is time for the minister and the Central Bank to act and establish a banking forum where the voices of all relevant stakeholders can be heard.

Speaking on RTÉ's News at One, Mr O'Connell said "staff should be treated on a par with customers".

He said today announcement came "totally out of the blue" to staff at KBC, adding that all the indicators had pointed a different way due to recent resizing of KBC Bank Ireland and the appointment of a new chief executive.

"No one expected this. Staff had to hear about it this morning as they were trying to get their kids out to school," he added.

Ulster Bank in February announced a phased withdrawal from the Republic of Ireland over the coming years that will be managed in an "orderly and considered manner".

As part of the phased withdrawal, Ulster Bank said that a non-binding Memorandum of Understanding with AIB has been agreed for the sale of a €4 billion portfolio of performing commercial loans.

Ulster Bank also said it is in early discussions with Permanent TSB about its potential interest in buying certain retail and SME assets, liabilities and operations.

Trade union Unite, which represents members throughout the finance sector, expressed solidarity with KBC staff and the Financial Services Union.

Unite Regional Officer Jean O'Dowd said the announcement highlights the importance of finance workers being part of a union.

"During the first three months of this year alone, Ulster Bank announced that it is to exit the Irish banking market while Bank of Ireland announced the closure of over 100 branches.

"Today’s announcement by KBC, which staff first learnt of through the media, comes as a further blow to both workers and customers.

"Unite members in the finance sector stand in full solidarity with KBC staff and the Financial Services Union.

"Given current developments in the sector, the most important thing a finance worker can do is join a union if they are not already in one, and become fully involved in their union if they are," Ms O’Dowd said. 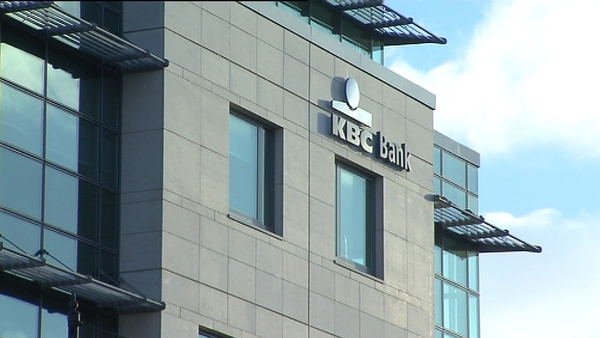 KBC's exit - lack of competition a concern for SMEs