A bank has been ordered by the Financial Services and Pensions Ombudsman (FSPO) to pay €66,000 in restitution as well as interest into a child's account, after it was found to have failed to apply appropriate safeguards, leading to a parent being able to make unauthorised withdrawals.

The account was used as the recipient account for child benefit payments for a number of children between 2008 and 2014, along with some additional benefits.

The child's father was authorised to make withdrawals until the child turned seven years old, after which time the child was designated to become the sole signatory.

However, the father continued to make withdrawals after the child's seventh birthday, until nearly all the money, totalling €66,000, had been removed from the account.

The child had not been aware of the account's existence, claimed no consent was ever given to her father to make withdrawals and requested a refund from the bank.

The lender refused though saying no specimen of the child's signature had been provided to allow the signing authority to be changed over to her.

However, following an appeal the FSPO found that the application form for the account did not state anywhere that if a specimen signature was not provided as part of a signing authority change, that the original signing authority should continue.

Ger Deering upheld the complaint and directed the unnamed bank to reimburse the money to the account along with interest that should have been paid during the period it was not in it.

The case is one of a selection of legally binding decisions issued by the FSPO in the second half of last year that have been published by Mr Deering's office.

Speaking to RTÉ's Morning Ireland, Mr Deering said his office closed more than 6,200 complaints and issued 500 decisions in cases where banks, other institutions and individuals failed to meet strict financial rules in 2020.

He said that more than 600 cases related to financial and insurance issues linked to Covid-19 and 350 of these were closed last year.

Mr Deering said that 120 cases relating to business interruption during the pandemic have been prioritised.

He said that his office is "determined to play our part in the issues people are suffering in the financial services sector".

Among the other cases is the payment of compensation of €20,000, €22,000 and €15,000 to three separate complainants in relation to the treatment of their tracker mortgages.

In each case the complainants' claimed that the compensation originally offered by their lenders was not adequate.

In another case, an insurer was directed to pay compensation of €15,000 and issue a letter confirming that the complainant's policy had been cancelled as a result of its error.

It followed the cancellation by the insurer of a motor policy based on faulty data from a telematics device.

The FSPO also ordered that compensation of £17,000 be paid to a compulsive gambler.

This was because an investment company failed in its duty of care to the customer and did not deal with his complaint adequately.

A mortgage customer also received compensation of €15,000 after their lender wrongly reported the status of the complainant's mortgage to the Irish Credit Bureau as "pending litigation".

"It will be seen from the summaries and case studies in this digest and from the full text of my legally binding decisions, the FSPO affords an important avenue of redress, where consumers believe their financial service provider or pension provider has not treated them in a fair, reasonable or proportionate manner," Mr Deering said in a statement.

However, the FSPO added a note of caution around tracker mortgage cases, saying that while a number of appeals have been upheld, others were unrealistic.

"It remains that a considerable number of tracker mortgage complaints made to the FSPO are based on unrealistic expectations, with some complainants believing that their desire to have a tracker interest rate provides a basis for requiring their bank to grant them one," he said.

"There seems to be a lack of understanding that for a person to have an entitlement to a particular tracker interest rate, there must be some contractual or other obligation on their bank entitling them to such a rate," he added. 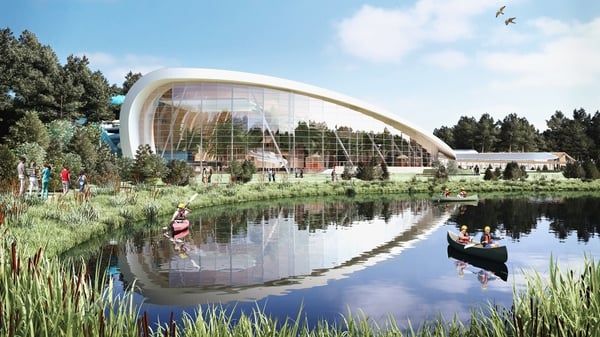