As the crisis arising from the Covid-19 pandemic continues to unfold, so also do the consequences for the Irish economy and around the world.

We are now starting to see hard data coming through, putting in context just how serious the situation has become.

Much of it arrived today.

The Central Statistics Office released the Live Register figures for March, outlining how many people at the end of the month were claiming social welfare benefits as a result of being out of work.

This wasn't a normal Live Register release from the CSO, as there are now two new schemes to provide financial help specifically to those who have lost their jobs as a result of the Covid-19 pandemic.

One is paid directly to workers who have lost their jobs - the Covid-19 Pandemic Unemployment Payment - and the other is paid through employers - the Covid-19 Wage Subsidy Scheme.

The data shows there were 205,209 on the traditional Live Register at the end of March.

That's a 24,400 increase when seasonally adjusted.

A further 283,037 were receiving the Pandemic Unemployment Payment, while 25,104 were on the Temporary Covid-19 Wage Subsidy Scheme.

In total, then there were 513,350 people in receipt of unemployment related benefits at the end of the month.

That’s the highest number on record and all the indications are that it will continue to rise, as more jobs are lost.

The Live Register is not a measure of unemployment though.

In order to be counted as unemployed in official statistics, you must have been without work and available for work within the next two weeks, and had taken specific steps, in the preceding four weeks, to find work.

Obviously those circumstances can’t apply to the bulk of those who have lost their jobs as a result of the Covid-19 emergency.

Most have only lost their jobs in the last two weeks and therefore could not have been seeking work for four weeks.

It is also very difficult to look for work right now given the restrictions that are in place.

So the CSO was unable to publish unemployment data for March last Tuesday as normal, and it is currently working on a new way of capturing the picture accurately.

However, in the meantime some economists have been trying to extrapolate from the Live Register data to figure out what the true unemployment rate is.

Best estimates so far put it at around the 17-18% mark, higher than the 16% recorded at the peak of the last financial crisis.

And the expectation is it will increase further as applications for the special payment schemes are still being processed and work in the construction sector, which employs 147,000, only ended at the weekend. 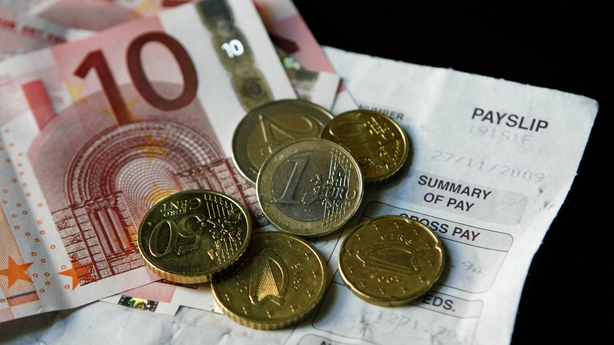 Another indicator of the difficulties we are facing came in the form of the Exchequer Returns for the first three months of the year, which were published this afternoon.

They show that tax receipts were €0.8bn lower than had been expected as the start of the year, and are just 1% higher than for the same period last year.

Last month when they were running 14% ahead.

Most of the shortfall is attributable to lower than predicted VAT receipts, which came in €1.1bn behind what had been anticipated.

This was a result of forbearance measures introduced by Revenue in mid-March to help businesses with cash flow difficulties arising from the Covid-19 crisis, leading to lower than expected returns for the months of January and February.

Excise, Customs and Capital Acquisitions taxes were also below where the Government had hoped, although some of that was offset by a jump in corporation tax.

Income tax was down just 1.1% on what had been anticipated, but that situation is expected to deteriorate significantly in the coming weeks as more people lose their jobs.

And that was only half the story, with current expenditure also coming in around €1bn higher than expected and 11.8% more than during the same period last year.

Unsurprisingly, the bulk of the extra spending happened in the Department of Health and the Department of Employment Affairs and Social Protection as they began to prepare for and cope with the fallout from the crisis.

What is more, Minister for Finance Paschal Donohoe indicated this afternoon that the potential loss of taxation this year could be higher than €8bn.

That would be on top of the estimated €8bn cost of the measures already put in place by government to tackle the impact of the Covid-19 pandemic.

It is too soon to say where the public finances will be at the end of the year, Mr Donohoe said, but the numbers for tax revenue and expenditure are currently being reassessed.

You can take it as given though at this stage that the picture will not be good. 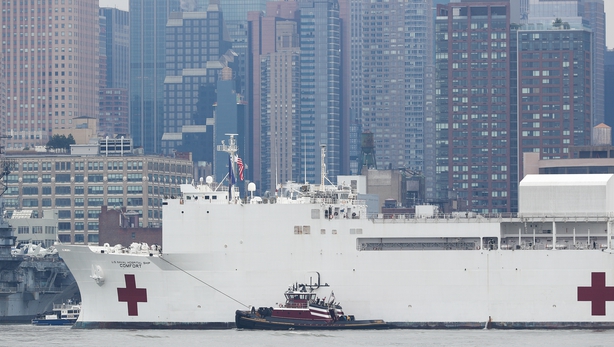 Ireland is far from the only country seeing the numbers of people out of work jump, as stay-at-home measures to curb the coronavirus pandemic force people from their jobs.

New data from the US today showed for the second week running, the number of Americans filing claims for unemployment benefits shot to a record high, this time reaching 6.7m.

This was twice what had been estimated by analysts and followed 3.3m new claims a week earlier.

The numbers reinforce economists' views that the longest employment boom in US history probably ended in March.

That means 10 million people have lost their jobs in just the last two weeks.https://t.co/HcxaSJPvwu pic.twitter.com/QqKP4HrhnW

Why does that matter to the Irish economy?

Well we are heavily dependent on the US as a trading partner, as 31% of our exports last year worth €47bn went there. As the US economy shuts down it will have serious implications for demand for these goods and services.

We also have a large number of US multinationals operating here, which provide employment for hundreds of thousands directly and indirectly.

So far many have been relatively cocooned from the Covid-19 crisis as their staff are used to working remotely and are getting on with their work.

But if their US-based parent companies start running into trouble, then that could impact investment and employment decisions here.

EU to the rescue 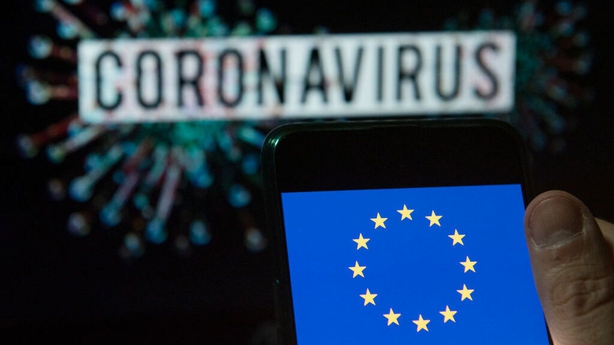 The Irish Government is not the only one deploying extraordinary fiscal measures to keep the economy on life support.

Similar initiatives are also being rolled out right across Europe, including at EU level.

Today, the European Commission proposed a package of measures to soften the impact of the coronavirus pandemic on the EU economy.

This includes a short-time work scheme and easier access to funds for farmers and fishermen.

The Commission expects the EU to go into a deep recession this year because of the coronavirus outbreak, which has slowed economic activity to a crawl across the 27 members states.

To prevent firms from laying off workers when there is not enough work, the Commission proposed that all EU countries adopt a German scheme.

Under this employers are encouraged to cut working hours, not jobs, and the government pays for the difference in salaries, so that workers retain their spending power, similar to what the Government has introduced here.

To finance the plan, the Commission will borrow €100 billion on the markets against €25 billion in EU governments' guarantees using its triple-A rating.

That money will then be lent cheaply to member states, many of which have lower credit ratings.

Cash advances to farmers under the EU's Common Agriculture Policy will be increased and they will also be given more time to apply for support.

The scheme would pay up to 75% of compensation to fishermen under the European Maritime & Fisheries Fund for any temporary loss of work, with the rest being met by national governments.

Similar help will be available to salmon farms and similar businesses.

The Commission also proposed waiving any national co-financing normally needed when countries get EU money to build infrastructure projects such as motorways and bridges, making the projects fully paid for by the bloc.

A relatively small, but nonetheless significant extra measure, to help soften the economic blow from the virus sweeping the world.