Supermac's owner, Pat McDonagh, has secured planning permission for a motorway plaza, located at Junction 17 on the M7 south of Portlaoise.

The €10 million plaza will be similar in style to the Obama Plaza in Moneygall, which is also located on the M7.

The new motorway service area will have a fuel forecourt, a two-storey building with a shop, food court, communal seating area and a drive-thru facility with parking for 144 cars, 20 HGVs and 10 coaches.

The proposed development will result in 70 construction jobs, and 100 jobs when the facility opens. 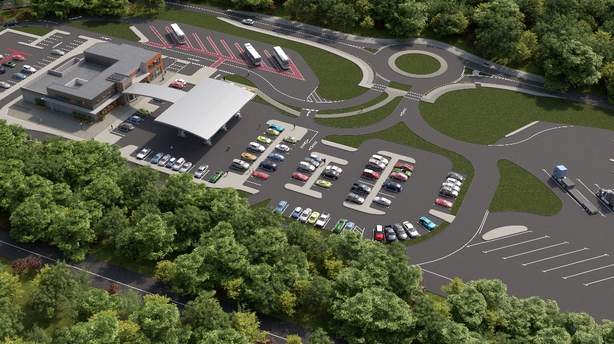 An Bord Pleanála rejected an appeal by Petrogas, the parent company of Applegreen, against the plans for the new facility. Petrogas recently obtained permission to construct a filling station at the Midway food-court complex, which is situation 150 metres from Junction 17. The company objected on the grounds that the Midway complex will become a de-facto off-line motorway service area.

Pat McDonagh described the appeal as vexatious, adding that Petrogas has a long history of objecting to planning applications made by competitors.

The planning application stated that construction would begin immediately once permission was granted.

Huge interest in job opportunity on the Great Blasket Island