Despite changing consumer habits and ever-increasing online competition, Irish retailers have seen somewhat of a resurgence at tills this year, with sales rising by nearly 3%.

But in the midst of what is the busiest - and therefore most important - trading period of the year, smaller regional towns, as well as retailers themselves, are having to come up innovative ways of marketing themselves to help avoid losing out to bigger towns and cities and the internet when it comes to footfall and business.

Traditionally around this time of year towns like Mullingar in Co Westmeath would be gearing up for the busy Christmas shopping period, but expecting to lose a chunk of custom to shopping centres and in bigger locations such as Dublin.

This year though the town is determined to stem the tide, with businesses coming together to make Mullingar into a festive shopping and entertainment destination for the first time.

The town's Winterfest event has been spearheaded by the local Chamber of Commerce and hopes to keep more locals in the town over Christmas to shop as well as to attract people from neighbouring towns.

As part of Winterfest, Mullingar has set up an ice rink in the town's park, which will be in place until January. 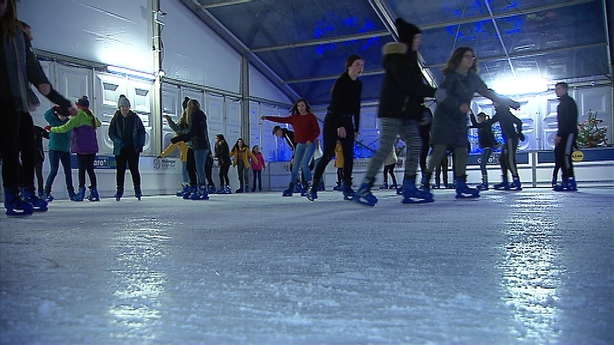 In addition, a Christmas market was set up, with local traders showing off their wares in a festive way.

John Keane from Mullingar Chamber of Commerce said he expects the initiatives "to attract around 140,000 extra people to Mullingar who wouldn't have come here otherwise.

"For ice skating traditionally in Mullingar we would have to travel to Liffey Valley, Dundrum, Blanchardstown. So it's fantastic to have the opportunity in Mullingar that people can spend locally and support businesses in Mullingar," he added.

Mullingar's choice of an ice rink as the focal point of its Winterfest was a very deliberate move, with ice skating a proven driver of footfall.

Bill Cremin is head of Cool Runnings Events, a company that sets up and operates ice rinks for towns and events across the country.

He says the "competition for footfall is very intense at this time of year and the key is to have an experience that people will travel for".

Away from Mullingar, in the rural town of Newtownmountkennedy in Co Wicklow, innovation and creativity are also to the fore.

The family-run clothing and homeware business Fishers is coming up on its 40th anniversary.

Given its location and size, the independent retailer has had to think outside the box to stay ahead of the curve over the past few years.

This has involved placing the idea of community to the fore of its thinking. 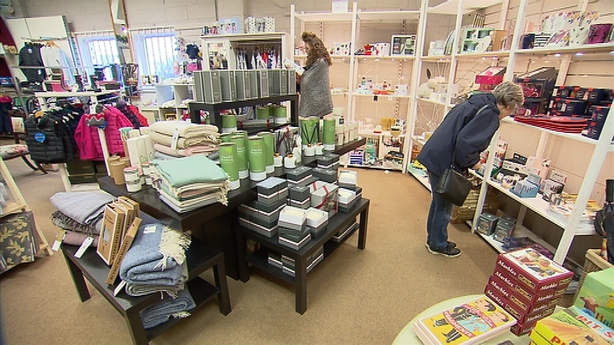 Fishers regularly hosts events for local groups, such as fashion shows in the shop's cafe, which helps to attract a new audience to the business.

In addition, Fishers allocates some of its retail space to concessions, meaning other established businesses will set up shop in the store.

These companies usually bring some of their existing customers into the store, giving Fishers an even wider audience for its products.

Listen: What smaller retailers are doing to get a competitive edge

Fishers has also ventured into the Airbnb space, renting out vacant residential space on the site to generate additional income for the business.

MD of Fishers Rebecca Harrison said what makes the retailer different is "we're looking at that personal experience".

She also said Fishers is "very much about community".

The face of retail is changing and the modern consumer is more about immediate gratification.

This has led to an acknowledged shift towards online shopping, while for bricks-and-mortar retailers costs aren't dropping, but footfall is.

This is why businesses now need to be more innovative and flexible like never before.

Retail Ireland Director Thomas Burke said what consumers want now is "a good quality product at a price they are willing to pay and if they don't get that they'll move on and shop elsewhere.

"That's increasingly a challenge for Irish retailers at a time when their cost base continues to rise and we're seeing things like insurance, rent, rates, etc. all increasing."

AIB and BOI below average in bank stress tests