Microsoft is to create 200 new jobs at its European headquarters in Dublin.

Half of the new roles will be in high-skilled engineering positions. Most of the remainder are in sales and data centre operations; while there are also some graduate and intern positions.

According to Microsoft Ireland managing director Cathriona Hallahan, the focus on engineering is part of a ramping up of such activity in Dublin.

"It does emphasise the importance of engineering and the skills that we can attract here in Ireland," she said. "100 of the jobs that we're announcing are in the dynamic, innovative engineering function."

Specifically, these engineers will be service, software and site reliability engineers which Ms Hallahan says will be working in "ground-breaking, innovative technologies". That includes cloud technologies, artificial intelligence and machine learning.

Microsoft hopes that the majority of those roles will be filled locally, though it remains a competitive market for talent.

However many of the other jobs the firm is creating - specifically those in sales that require language skills - will likely involve a wider casting of the company's net. That is something that Microsoft is very familiar with already.

However there are always challenges in doing this - with local issues like housing and taxation being picked up by would-be candidates based abroad.

"Housing is one of the topics of conversation, especially the rental costs at the moment," she said. "To date we've been successful and been able to find locations for people to live, but both housing and tax are probably the two things we get asked a lot about from our foreign nationals coming in."

A handful of the jobs being created by Microsoft are relating to its data centres - though this area is an increasingly important part of its business, with the firm now the second biggest cloud computing provider in the world.

There has been a lot of coverage given to Ireland's data centre industry - and the growth potential given the public's increased reliance on data-heavy services.

However the sector has not been without its criticism, with some suggesting it does not create the kind of employment numbers or tax revenue to justify the supports received.

But Ms Hallahan argues that data centres do contribute more than their share to the Irish economy.

"To build a data centre you need a lot of construction, and therefore you're creating jobs in the ecosystem - hundreds of jobs, in fact," she said. "On the running side of the data centre; we have about 200 plus roles in our data centre here in Dublin. In the old days people would say it's only one or two people out there making sure the lights are on but that's not the case." 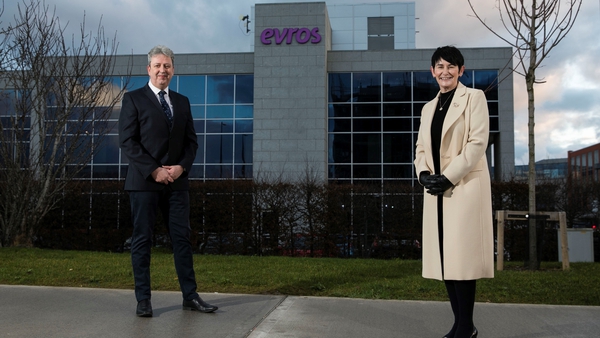