Speaking on the sixth anniversary of the Brexit vote, the former minister said it may never become clear whether leaving the EU had brought any economic dividend as there was "so much else going on".

Mr Frost, who negotiated the Brexit deal before resigning over the Government's broader direction, said: "I'm not sure it is ever going to be clear in that sense whether it's succeeded or failed because so much else is going on and extracting the causality about this is always going to be extremely difficult."

Appearing at the UK in a Changing Europe think tank's annual conference, Mr Frost insisted Brexit was working, although it was still unfinished. 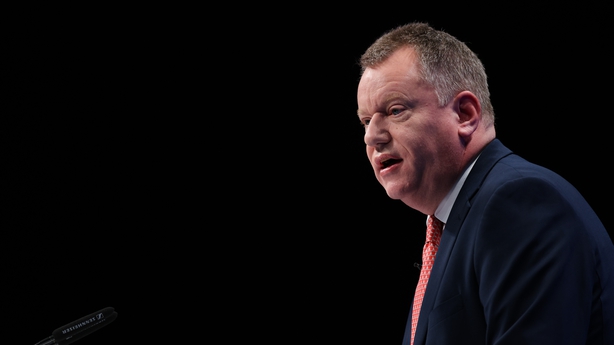 He said: "We have no cause for regrets about the decision the country has taken and the solutions to the remaining problems are not to be found in going backwards, but in completing the process and following through on its logic."

Meanwhile, Britain's parliament is set to debate a proposed law on Monday, which would allow the government to unilaterally override parts of the Brexit deal relating to trade with Northern Ireland.

The Northern Ireland Protocol Bill, introduced to parliament earlier this month, will go through the second of several legislative stages on Monday afternoon in what will be the first full parliamentary debate on the legislation.

The bill has provoked a diplomatic row with the European Union, which has launched legal action against Britain.

Leader of the House of Commons Mark Spencer made the announcement when setting out parliamentary business.

Last Sunday, Taoiseach Micheál Martin said it would be a "very serious situation" if the UK enacted its bill to override parts of the protocol.

Speaking on the BBC's Sunday Morning programme, Mr Martin said he accepted there were legitimate issues around the protocol but these could only be solved by negotiation.

"The unilateral decision of the British government to bring in legislation to undermine or to give the power to undermine almost all aspects of the protocol is not acceptable," Mr Martin said.

"It represents unilateralism of the worst kind in terms of honouring and adhering to international agreements that governments adhere to and sign up to and ratify in their parliaments.

"We accept fully there are legitimate issues around the operation of the protocol and we believe with serious, sustained negotiations between the European Union and United Kingdom government those issues could be resolved."

Earlier this week, former taoiseach Bertie Ahern has said there is a real danger that Ireland could become semi-detached from the EU single market if the Protocol Bill becomes law.

He said that if the British government pushes ahead with legislation to scrap the bulk of the protocol, Ireland may have to face checks on its goods entering the EU single market.

Mr Ahern said that while it would be the last resort, the scenario is a "step or two nearer" following the publication of the legislation.

Speaking to the Institute of International and European Affairs, Mr Ahern said it is clear many in Northern Ireland, particularly in the business community, want the protocol to work well and see the benefits of it.

But the DUP has blocked the establishment of a new ministerial executive following last month's Assembly election in protest at the protocol, which has created economic barriers between Northern Ireland and the rest of the UK.

The party has made clear that tabling the legislation is not enough to convince it to return to the executive, saying it needs to see tangible delivery on removing the so-called Irish Sea border.