The European Union is expected to grant the United Kingdom an extension on the chilled meats grace period, under the Northern Ireland Protocol, RTÉ News understands.

European Commission Vice President Maroš Šefcovic, who is leading discussions with the UK on the issue, has advised member states that the extension should be granted swiftly.

It is understood member states have informally agreed to grant the request, subject to conditions.

The conditions would be that the UK continues to align with EU food safety rules for the duration of the extension, and that both sides continue to explore a long-term solution to the issue of food consignments leaving Great Britain for Northern Ireland.

It is understood Mr Šefcovic, who briefed EU ambassadors in Brussels this morning, raised the need to avoid inflaming tensions in Northern Ireland during the upcoming marching season as one reason for the EU to grant the extension request.

Under the protocol, Northern Ireland follows EU single market rules, meaning that the prohibition on chilled, unfrozen meats, such as sausages, mince and pies, entering the EU from a third country would apply.

Both sides agreed a six month grace period in December, which was due to expire on 1 July.

Meanwhile, Northern Ireland Secretary Brandon Lewis has said it is reasonable to take the view that changes will be made to the Northern Ireland Protocol as it is "not sustainable" in its current form.

The comments came after outgoing DUP leader Edwin Poots said he had received a personal assurance from the British government that significant changes will be made to the protocol.

Appearing before the Northern Ireland Affairs committee, Mr Lewis was asked what he had told Mr Poots.

He said: "We are very clear that the current position of the protocol is not sustainable, it is causing issues for businesses and consumers and citizens in Northern Ireland, and we need to rectify that.

"Ultimately, for us there is a very core point about the Protocol, which is about protecting and respecting the UK's internal market and not disrupting everyday lives of people in communities.

"We want to get that rectified and we are determined to do so, so I think it is reasonable for anybody to take the view that we have said that there will be changes because there has to be, the current status quo is not sustainable." 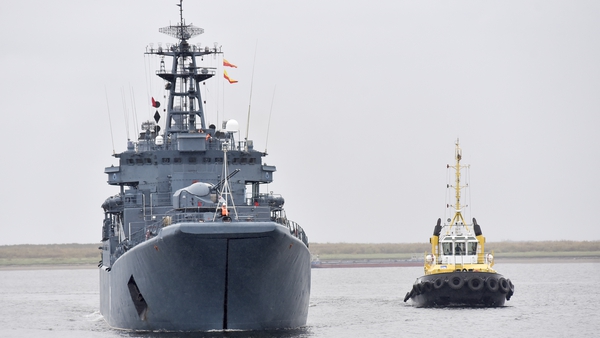