The Government is concerned at the increasingly hostile tone of the UK government towards the Northern Ireland Protocol, RTÉ News understands.

It follows Taoiseach Micheál Martin's meeting with British Prime Minister Boris Johnson in Chequers on Friday, as well as an article yesterday by David Frost, the UK’s lead minister on the Protocol, in which he repeated his view that the Protocol in its current form was not sustainable.

Dublin is now concerned that London is pushing for a complete rewriting of the Protocol, beyond simply bringing flexibilities to bear through the ongoing technical discussions with the European Commission.

A senior Irish source has also described as "irresponsible" the suggestion, as briefed by the British government, that the EU would have to deliver a solution to the issues surrounding the backstop by 12 July, the peak of the loyalist marching season.

Last week Mr Frost met a delegation from the Loyalist Communities Council, which includes members of loyalist paramilitary groups. Afterwards he said the Protocol "may not be sustainable" in its current form.

Writing in the Mail on Sunday yesterday, Mr Frost accused the EU of taking a "purist" view of the Protocol and that the UK "did not anticipate this when we agreed the Protocol and it makes no sense." 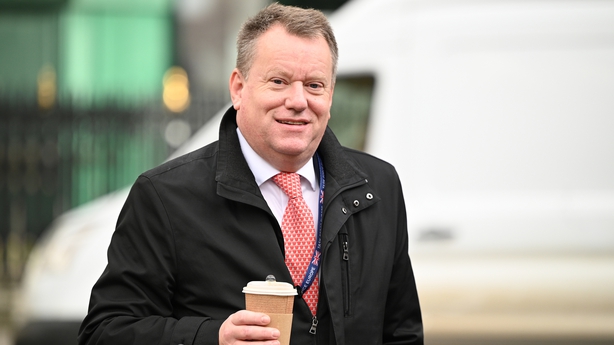 He said consent for the Protocol was "fragile" and recalled the recent rioting in Belfast and elsewhere. "Protests have been occurring and political stability is at risk," he wrote.

"The EU has a responsibility here. The Protocol is a shared UK-EU agreement. The EU needs, rapidly, to find a new approach and new solutions."

However, the Government is concerned that Mr Frost is raising expectations, at a time when unionism is shifting to a more hardline position, that the Protocol will be abandoned.

"The risk in that is that they are targeting an outcome that is not achievable," said a Government source.

Officials say they have taken note of renewed hints that the British government may take further unilateral action on the Protocol, or even trigger Article 16, which gives one party to the Brexit Withdrawal Agreement the option of suspending elements of it for a short period.

The Government now believes, following Friday’s Chequers meeting, that London is shifting its narrative to claim that if the Protocol in any way makes Northern Ireland different to the rest of the United Kingdom then it breaches the Good Friday Agreement.

"The argument [at the meeting] was that Protocol doesn't enjoy the support of one community in Northern Ireland, therefore it's not protecting the Good Friday Agreement," said one source.

"The community that doesn't like it wants it to just go away because it's treating Northern Ireland differently to Britain. That was the line of argument. That's a big step away from, to use Boris Johnson’s phrase, which he repeated, about 'sandpapering’ the Protocol. He was clear he was talking about a fair degree of change to it."

The Northern Ireland Protocol was agreed by the UK government and the European Union as part of the Brexit Withdrawal Agreement in October 2019.

It is designed to avoid a hard border on the island of Ireland by keeping Northern Ireland within the EU's single market for goods, but it requires checks and controls to be carried out on goods entering Northern Ireland from Britain, especially on food and plant products. 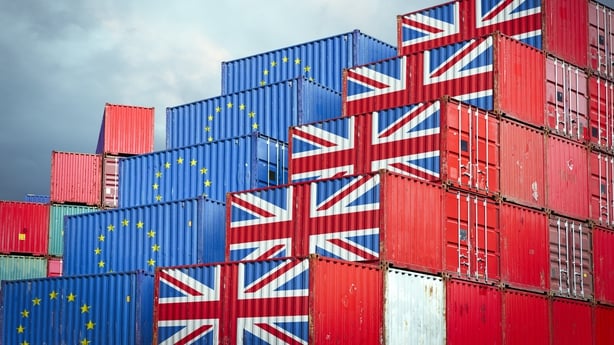 Both sides agreed last December to a series of grace periods and easements, relating to controls of food products, as to how the Protocol - which took effect on 1 January - would be implemented.

A further grace period was agreed for how medicines entering Northern Ireland from Britain would be handled.

In March the UK unilaterally extended one of the grace periods, as well as putting in place its own exemptions for traders. The European Commission took legal action against the UK on 15 March, and it’s understood London gave its formal response to that legal action on Friday.

EU and UK officials have been engaged in detailed, technical discussions for several months, looking at further ways the Protocol might be eased.

The EU has suggested that the British government align temporarily - perhaps for several years - with the EU’s food safety and animal health rules in order to obviate up to 80% of the controls required at Northern Ireland ports.

However, the UK has flatly refused. London is seeking a risk-based approach to the issues, whereby categories of food would be assessed for the risk they might pose to the EU’s single market and consumer safety.

The EU believes the risk-based approach is incompatible with the food safety and animal health rules to which 27 member states are bound, and runs counter to the "precautionary principle" which underpins the EU’s food safety regime.

London is also pressing for a "equivalence" arrangement, similar to that operating between the EU and New Zealand, where the EU recognises New Zealand’s food safety regime in such a way as to reduce - but not eliminate - some of the checks on imports.

The EU has argued that the volumes of food moving from Britain to Northern Ireland are of a different order of magnitude and diversity compared to shipments from New Zealand to the EU.

The Irish Government believes that the latest hardening of the UK’s position will now inevitably be addressed by EU leaders when they meet for a two-day informal summit in Brussels next week. 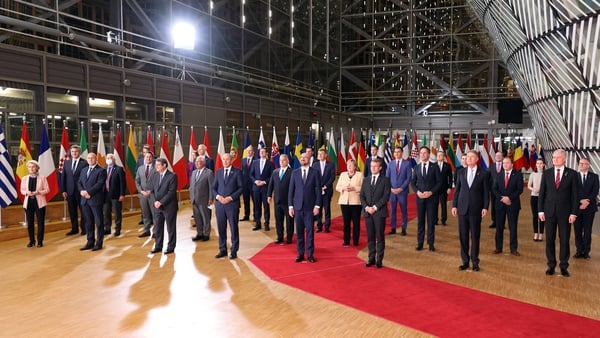