The White House has urged Britain and the European Union to preserve the Good Friday Agreement after the EU launched legal action against the UK for changing post-Brexit trading arrangements.

"We continue to encourage both the European Union and the UK government to prioritise pragmatic solutions to safeguard and advance the hard won peace in Northern Ireland," said White House spokeswoman Jen Psaki.

"President Joe Biden has been unequivocal in his support for the Belfast Good Friday Agreement. This agreement has been the bedrock of peace, stability and prosperity for all the people of Northern Ireland.

He was speaking during an online address to the Washington-based Brookings Institution as part of his virtual programme of US events in the run up to St Patrick's Day.

"The Withdrawal Agreement contains within it mechanisms specifically designed to deal with issues that arise, a Joint Committee and Specialised Committees. That is where teething problems should be worked through, so that we can find common solutions," Mr Martin said.

"Unilateral action to disapply or not to implement aspects of the protocol does nothing but corrode trust, the only basis on which sustainable long-term solutions can be found. It exacerbates uncertainty and instability; two things Northern Ireland can well do without."

The comments came as the European Commission formally took legal action against the UK for what it describes as a "deliberate" breach of international law over its unilateral action on the Northern Ireland Protocol.

The Taoiseach said that hard work had been undertaken to minimise and to mitigate the worst impacts of Brexit, not least the risk of the return of a hard border to the island of Ireland.

"In this, we had strong backing from our partners in the EU, but also, critically, from our friends in the US," he said.

"President Biden's assertion that 'the US is back", has given us great heart. The US was central to the establishment of the UN, its leadership is indispensable. Having its heft and ingenuity back at the table to tackle global challenges at scale is a game-changer," Mr Martin said.

Later today, the Taoiseach will attend the virtual launch of a book about the history of the Kennedys and Ireland, followed by an address to the Irish American Partnership.

Tomorrow Mr Martin will attend virtual roundtables discussions hosted by the US Chamber of Commerce, Enterprise Ireland, and the IDA and later address an event commemorating John Hume.

On Wednesday, St Patrick's Day, he will hold talks with US Vice President Kamala Harris and Speaker of the House of Representatives Nancy Pelosi

There will then be a virtual shamrock presentation to President Biden followed by a discussion on topics including Covid-19 and Brexit. 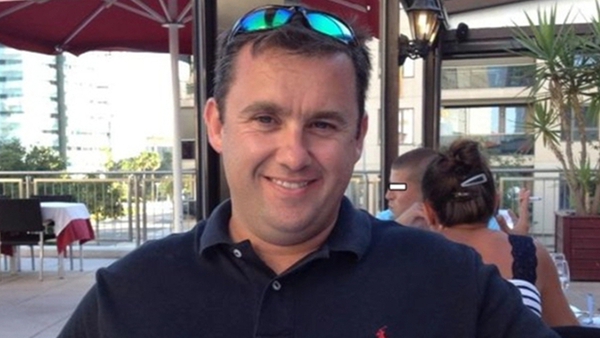