The European Commission has said there is an "urgent need" for the UK to present a detailed timetable on how it will prepare for customs formalities for goods moving from Great Britain to Northern Ireland.

The call came in a statement following the first meeting of the Joint Committee, the body set up by the EU and UK to implement the Withdrawal Agreement, in particular the Irish protocol which avoids a hard border on the island of Ireland, but which places a de facto border on the Irish Sea.

The commission statement said the UK had to "proceed with the necessary measures, such as preparing for the introduction of customs procedures for goods entering Northern Ireland from Great Britain," as well as preparing for regulatory checks for live animals and for food safety.

The teleconference meeting was co-chaired by the UK Chancellor of the Duchy of Lancaster, Michael Gove, and European Commission Vice President Maroš Šefcovic.

According to officials the teleconference was joined by a number of Irish officials, as well as ministers from the Northern Ireland Executive.

Afterwards the European Commission in a statement emphasised the importance of ensuring the rights of EU citizens in the UK are safeguarded, and of "maintaining peace and stability on the island of Ireland in the context of the Good Friday Agreement, while ensuring the integrity of the single market".

It added: "A new partnership can only be built on the faithful and effective implementation of the Withdrawal Agreement.

"The detailed legal obligations of both parties are clearly set out in the Withdrawal Agreement, which entered into force on 1 February 2020. Both sides now have to implement this agreement with rigour and discipline."

In a statement, the British government said it "reiterated our commitment to protecting the Belfast/Good Friday Agreement in all respects, and to upholding our obligations under the Northern Ireland Protocol".

However, the statement from the Commission placed more emphasis on the obligations of the Protocol on Northern Ireland, which provides for a de facto border on the Irish Sea.

It said: "Parties agreed on the importance for the UK to set out its plans over the coming months with regard to the implementation of the Protocol on Ireland/Northern Ireland.

"The Commission committed to working with the UK to implement the Protocol.

"There is an urgent need to present a detailed timetable and proceed with the necessary measures, such as preparing for the introduction of customs procedures for goods entering Northern Ireland from Great Britain, and ensuring that all necessary sanitary and phytosanitary controls as well as other regulatory checks can be carried out in respect of goods entering Northern Ireland from outside the EU."

Both sides have agreed to start the work of Specialised Committees on Northern Ireland, as well as on citizens' rights and the protocols on the Sovereign Base Areas in Cyprus and on Gibraltar.

A British official said: "The UK and EU co-chairs both welcomed the collaborative and constructive conversation, despite circumstances preventing a meeting in person." 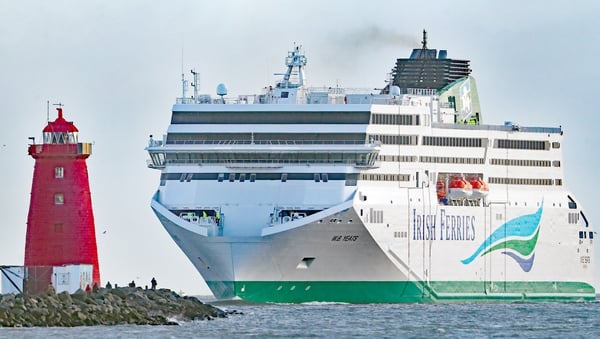