Ireland will not allow the Northern Ireland backstop clause in Britain's EU Withdrawal Agreement to be dropped because doing so would be as big a threat to the country as Britain leaving without a deal, Taoiseach Leo Varadkar has said.

While it is "alarming" that leading contenders to replace Theresa May as Britain's Prime Minister are increasingly threatening a no-deal Brexit, Ireland was 100% certain the European Union would not allow the backstop to go, he said.

Leadership contenders, including front-runner Boris Johnson, have called for the controversial clause that is designed to avoid border checks between Ireland and Northern Ireland to be changed or scrapped.

They have said Britain would be prepared to leave without a deal if there was no compromise.

"To me no backstop is effectively the same as no deal because what the backstop is is ... a legally operable guarantee that we will never see a hard border emerge again," Mr Varadkar told Brendan O'Connor on RTÉ's Marian Finucane Show. "If we don't have that, that is no deal." 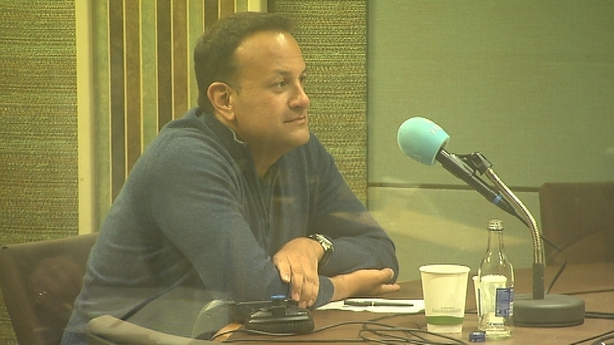 How to manage the land border between Ireland and Northern Ireland - including an emergency "backstop" solution to prevent the return of extensive frontier controls - has proven the most contentious element of Britain's planned exit from the European Union.

He said that Ireland remained open to the possibility of alternative arrangements that would allow an open border with Northern Ireland while protecting the European Union's single market - something Mr Johnson has suggested may offer a solution.

However Mr Varadkar said that would only be a possibility once the technologies required had been demonstrated to work effectively.

"What people are saying is give up the backstop, which we know will work legally and operationally in return for something that doesn't yet exist but might exist in the future ... I can't do that to the border communities," Mr Varadkar said.

The Taoiseach said he was looking forward to sitting down with Mrs May's replacement, but said the next prime minister should not expect a better Brexit deal.

"The fact that the failure of the House Of Commons to ratify the Withdrawal Agreement somehow means they are going to get a better deal, that is just not how the European Union works," he said.