Brexit is on course for a lengthy delay after MPs rejected Theresa May's EU Withdrawal Agreement by a margin of 58 votes.

In dramatic scenes in the House of Commons, MPs voted by 344 to 286 against the deal as hundreds of protesters staged a noisy demonstration outside on the day when the UK was due to leave the European Union.

The result of the crunch vote means that the UK has missed an EU deadline to secure an extension of the Brexit process and leave with a deal on 22 May.

Mrs May now has until 12 April to go back to Brussels with new proposals and seek a longer extension to the negotiation process, or see the UK leave without a deal that day.

With a clear majority in the Commons against no-deal, and with MPs once more seizing control of the timetable on Monday, Mrs May said that the UK would have to find "an alternative way forward".

‘The implications of the House’s decision are grave’ @theresa_may #Brexit pic.twitter.com/JiGye7wuHk

"I think it should be a matter of profound regret to every member of this house that once again we have been unable to support leaving the European Union in an orderly fashion," said Mrs May after the defeat.

"The implications of the house's decision are grave. The legal default now is that the United Kingdom is due to leave the European Union on 12 April - in just 14 days' time.

"This is not enough time to agree, legislate for and ratify a deal, and yet the house has been clear it will not permit leaving without a deal.

"And so we will have to agree an alternative way forward."

Read more:
European Council to meet on 10 April to discuss rejection
Brexit: What happens next?
Taoiseach says Europe must be open to long Brexit extension

Mrs May went on: "The European Union has been clear that any further extension will need to have a clear purpose and will need to be agreed unanimously by the heads of the other 27 member states ahead of April 12.

"It is also almost certain to involve the UK being required to hold European parliamentary elections.

"On Monday, this house will continue the process to see if there is a stable majority for a particular alternative version of our future relationship with the EU. Of course, all of the options will require the Withdrawal Agreement.

"On Wednesday it rejected all the variations of the deal on the table, and today it has rejected approving the Withdrawal Agreement alone and continuing a process on the future.

"This government will continue to press the case for the orderly Brexit that the result of the referendum demands," said Mrs May. 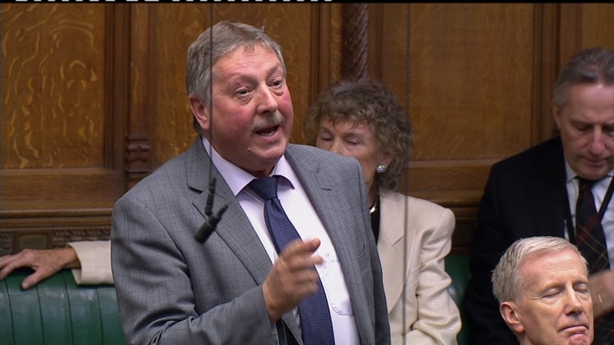 Within minutes of the vote, European Council President and summit chair Donald Tusk said EU leaders would meet on 10 April to discuss Britain's departure from the bloc.

A succession of European leaders said there was a very real chance Britain would now leave without a deal, a scenario that businesses fear would cause chaos for the world's fifth-biggest economy.

Brexit: Home truths - no deal and the Irish border