The UK will not introduce any new checks or controls on goods moving across the land border into Northern Ireland if the UK leaves the European Union without a deal, it has been announced.

Under a temporary and unilateral regime announced by the British government, EU goods arriving from the Republic and remaining in Northern Ireland will not be subject to tariffs.

However, tariffs will be payable on goods moving from the EU into the rest of the UK via Northern Ireland under a schedule of rates also released this morning.

The British government insists that this will not create a border down the Irish Sea, as there will be no checks on goods moving between Northern Ireland and Britain.

Instead, normal compliance and intelligence methods will be used to detect any traders attempting to abuse the system.

MPs accepted that the new regime will cause "concerns" to Northern Irish businesses and farmers about the impact on their competitiveness.

But they said these were the only steps that could be taken to deliver on the government's commitment to avoiding a hard border in the case of no-deal.

MPs said that, overall, the changes would represent a "modest liberalisation" of the UK's tariff regime.

Under a unilateral temporary scheme, 87% of all imports to the UK by value would be eligible for zero-tariff access - up from 80% at present - while many other goods will be subject to a lower rate than currently applied under EU rules.

In special arrangements for Northern Ireland, the UK's temporary import tariffs will not apply to EU goods crossing the border from the Republic.

Among the 13% of imports by value that will be subject to tariffs will be:

If the UK leaves the EU without a deal on 29 March, the temporary schedules will apply for up to 12 months while a full consultation and review of a permanent approach is undertaken.

Never mind the practicalities, look at the politics. The UK tariff plan - and its timing - is designed to pressure the Irish into abandoning the backstop at next weeks #EUCO. to get a deal through HoC. Today’s CORRPER could be uncomfortable

Proposed tariff rates on a range of food products were announced as a proportion of the so-called "most favoured nation" (MFN) currently imposed by the EU on imports from countries which do not have a free trade agreement.

Tariffs on finished cars and trucks will be set at 10.6%, down from the EU MFN rate of 11.3%, while for finished buses the rate will remain unchanged at 12.6%.

Last night, MPs rejected the EU Withdrawal Agreement by an overwhelming majority - 391 voted against the deal compared to 242 in favour.

Tánaiste and Minister for Foreign Affairs Simon Coveney said he was deeply disappointed with the result of the vote, adding that the Government would continue to plan for a no-deal Brexit, which he said looks closer now.

European leaders and senior EU figures also reacted with disappointment at the defeat of Mrs May's Brexit deal, with the overwhelming view that a solution must now come from the UK rather than the EU.

Several said a no-deal Brexit was now more likely and preparations for that scenario would be "intensified".

The EU's chief Brexit negotiator, Michel Barnier, tweeted last night: "The EU has done everything it can to help get the Withdrawal Agreement over the line." 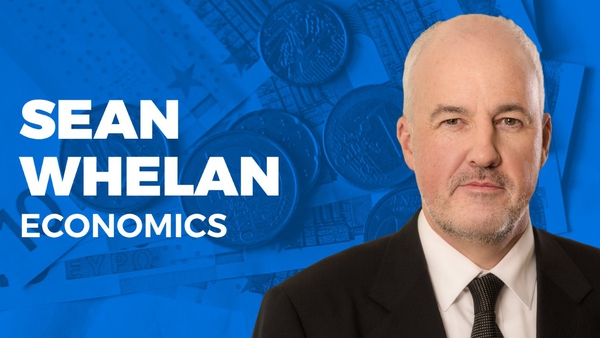