British Prime Minister Theresa May has promised to give MPs a vote on extending Brexit negotiations or withdrawing from the EU without a deal if her plan is rejected next month.

In a statement to the House of Commons, Mrs May confirmed that she will put her Withdrawal Agreement - including whatever additional assurances she has secured from Brussels - to a "meaningful vote" by 12 March.

If that fails, MPs will be offered two separate votes the following day - one on a no-deal Brexit, and the other on requesting an extension to the two-year Article 50 negotiation process to delay EU withdrawal beyond 29 March.

The sequence of votes will be proposed in an amendable motion tabled by Mrs May for debate and vote in the Commons tomorrow.

To uproar in the Commons, Mrs May told MPs: "They are commitments I am making as Prime Minister and I will stick by them, as I have previous commitments to make statements and table amendable motions by specific dates."

Mrs May said the government was publishing a paper assessing its readiness for a no-deal Brexit and the "very serious challenges" it would pose.

"I believe that if we have to, we will ultimately make a success of a no-deal," she said.

"But this paper provides an honest assessment of the very serious challenges it would bring in the short-term and further reinforces why the best way for this House to honour the referendum result is to leave with a deal."

Labour leader Jeremy Corbyn said he had "lost count" of the Prime Minister's explanations for her "grotesquely reckless" delays.

"I have lost count of the number of times the Prime Minister has come to this House to explain a further delay," he said.

"They say history repeats itself, first time as tragedy, second time as farce, by the umpteenth time it can only be described as grotesquely reckless."

Mrs May hit out at Mr Corbyn over Labour's support for a second referendum.

"He has gone back on his promise to respect the referendum result and now wants to hold a divisive second referendum that would take our country right back to square one," she said.

"Anyone who voted Labour at the last election because they thought he would deliver Brexit will rightly be appalled."

A spokesperson for the Taoiseach has said that the Government's goal is to see a Brexit deal agreed.

They said that short of the UK deciding to stay in the European Union, it is the best outcome for Ireland.

"In the absence of that, we are open to an extension of the Article 50 deadline in order to avoid a crash out on 29 March. But we will still need to reach an agreement, whether or not an extension is in place," the spokesperson said.

Earlier, the deputy chair of the People's Vote campaign said the Labour party's decision to support a new referendum is "better late than never".

Hugo Dixon said it looks like Labour is proposing a choice between leaving the EU or accepting the current deal that has been agreed between the UK and the EU.

Mr Dixon said he thought the current proposed deal was a miserable one that is "bad for the world".

Speaking on RTÉ's Morning Ireland, he said that if a second referendum was held, he expected it would be held in the summer.

Labour's Brexit spokesperson Keir Starmer said the prime minister's Brexit deal should be put to a second referendum if it is passed by parliament.

Mr Starmer said the second vote would be between remaining in the EU and the option of a "credible leave deal", one that had parliament's backing.

"If the prime minister's deal gets through, that deal should be subject to the lock, if you like, of a public vote," he said.

Meanwhile, DUP leader Arlene Foster and the party's leader in Westminster Nigel Dodds will meet Mrs May in London this afternoon.

The DUP's ten MPs are keeping the Conservative party's minority administration in power.

It is expected the prime minister will update the DUP delegation of her on-going Brexit negotiations with the European Union.

Mrs Foster said in Co Leitrim last Friday that she believes a deal on Brexit will be reached before 29 March. 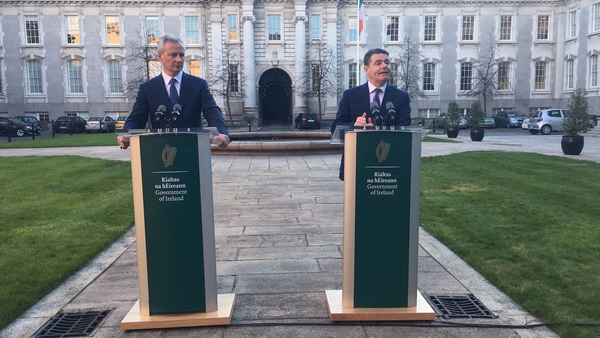