Europe will step up preparations in case Britain crashes out of the EU next March without a deal, European Commission President Jean-Claude Juncker said tonight after summit talks in Brussels.

He said he would publish on 19 December "all the information that is generally useful for the preparation of no deal".

Mr Juncker urged the UK to tell the EU what it wants in the future relationship.

"We also think that in terms of the future relationship our UK friends need to say what they want, instead of asking us to say what we want and so we would like within a few weeks our UK friends to set out their expectations for us because this debate is sometimes nebulous and imprecise and I would like clarifications."

European Council President Donald Tusk reiterated that the Withdrawal Agreement for Britain to leave the EU is "not open for renegotiation".

Mr Tusk said the Council "underlines that the backstop is intended as an insurance policy", adding: "It is the Union's firm determination to work speedily on a subsequent agreement that establishes by the 31 December 2020 alternative arrangements so that the backstop will not need to be triggered."

And he said the Council underlines that the backstop would "apply temporarily unless and until it is superseded by a subsequent agreement that ensures that the hard border is avoided".

"In such a case, the Union would use its best endeavours to negotiate and conclude expeditiously a subsequent agreement that would replace the backstop and we would expect the same of the United Kingdom so that the backstop would only be in place for as long as strictly necessary."

In a meeting with sympathetic but sceptical European counterparts, Mrs May asked them to make clear to her rebellious parliament that the Brexit withdrawal deal will not bind the UK into the EU customs union in perpetuity.

One idea, two diplomatic sources told AFP, would be to set a target date, after the end of the post-Brexit transition, to agree a free trade deal that would remove the need for the tricky "backstop" clause in the divorce pact.

"There is a majority in my parliament who want to leave with a deal," Mrs May told the 27 other leaders of the European Union, according to a British official.

Earlier, Taoiseach Leo Varadkar has said the EU could provide a greater assurance to the UK that a future trade agreement could be negotiated quickly in order to avoid the backstop coming into effect. 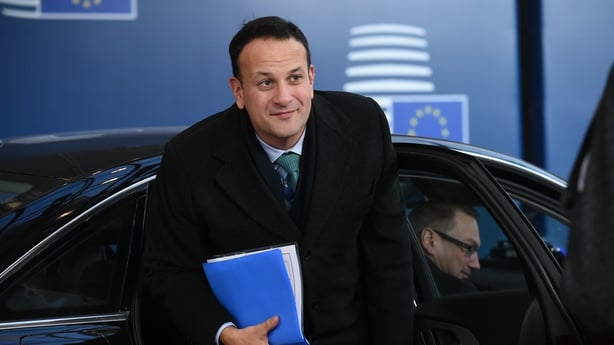 Arriving at the EU summit in Brussels, just hours after Theresa May survived a vote of no confidence in London, Mr Varadkar said the Withdrawal Agreement was the only deal on the table and any clarifications could not contradict what it contained.

The Taoiseach had earlier held what he described as a long meeting with the British Prime Minister this morning ahead of the European Council.

He said she had put forward some suggestions that "made sense" and others that were "difficult".

Mrs May has told leading Conservatives that she wants to secure "legally and politically" binding guarantees that the backstop would be temporary.

Asked if the Irish Government would accept "legally binding" assurances, the Taoiseach said: "I don't think we could agree to anything that would change the content of the Withdrawal Agreement, so we'll have to work out exactly what those assurances are, what those explanations are and what form they will take."

He added: "We're very keen to offer explanations, assurances, clarifications, anything that may assist MPs to understand the agreement and hopefully support it, but the backstop is not on the table."

Mr Varadkar said he hoped the deal would be ratified in the House of Commons "in the next couple of weeks".

He said both leaders had talked about "how we might give the UK government a greater assurance that the future relationship treaty will actually be negotiated in an expeditious manner, and will be negotiated and agreed long before we'd have to consider things such as an extension to the transition period or the implementation of the backstop".

"It was in that space. We all accept that the backstop is a backstop, it's an insurance policy, nobody wants us to have to invoke it, and if it is invoked we want to make sure it's for as short a period as possible, so it was very much around what assurances we would be able to give the UK government around getting into the future relationship treaty and getting that done," said Mr Varadkar. Asked about the DUP demanding the backstop be removed from the treaty, the Taoiseach said the Withdrawal Treaty was designed to protect the jobs, livelihoods and freedoms of people on both sides of the border.

He said: "I think the deal does this. I can't see any one putting forward an alternative that would have the support of the 28 governments and also the support of Westminster and the European Parliament, and any alternatives that don't meet those three tests don't count for anything."

When asked about the risk of no deal to the Irish border, Mr Varadkar said: "It is a fact that the UK can withdraw the threat of no deal.

"The threat of no deal is a threat to Britain and its own economy, a threat to Ireland and to Europe, and that threat can be withdrawn at any time by the UK should they chose to revoke Article 50, or if that's a step too far, to extend it to allow us more time, and to allow Britain more time to decide what it wants."

.@campaignforleo and @theresa_may holding bilateral meeting at the European Council in Brussels this morning pic.twitter.com/yNSDbiXgSa

Mrs May earlier said she was not expecting a breakthrough on the backstop at the two-day summit.

"But I recognise the strength of concern in the House of Commons and that's what I will be pushing to colleagues today.

"I don't expect an immediate breakthrough, but what I do hope is that we can start work as quickly as possible on the assurances that are necessary." 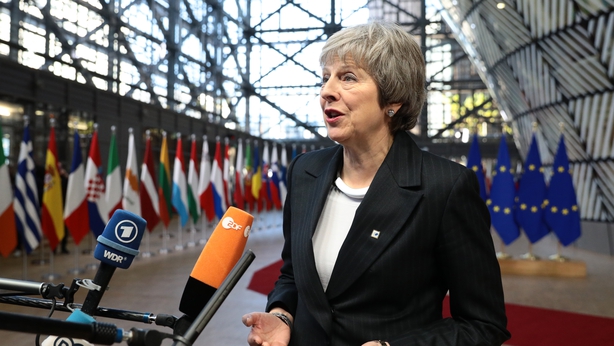 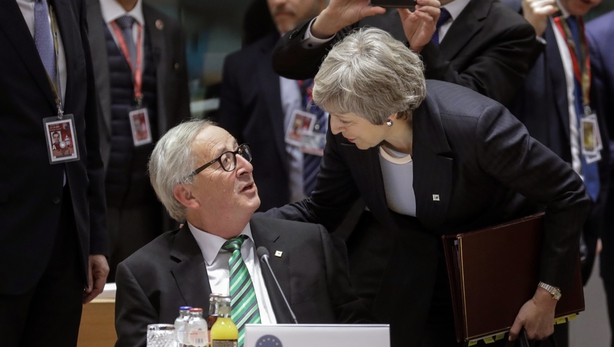 EU leaders have made it clear that there will be no opportunity to reopen the Withdrawal Agreement and the accompanying Political Declaration.

However, senior officials have said they will be able to offer reassurances that the backstop is not the EU's preferred option and that it will be temporary, unless and until a better solution is found, most likely through a free trade agreement.

But it is still unclear what the EU can offer beyond that. One diplomat said assurances could involve simply highlighting aspects of the Withdrawal Agreement, which make it clear that the backstop should be a last resort insurance policy.

However, he was dismissive that any legal mechanism - a protocol or declaration - was necessary.

Other reports suggest the EU could offer a basic reassurance during today's summit, and then something of a more legal nature in January, when the House of Commons is expected to vote again on the Withdrawal Agreement.

The reality is that whatever is on offer will fall well short of what those who voted against Mrs May, and the demands of the ten DUP MPs who prop up the government, will demand.

Elsewhere, Tánaiste Simon Coveney told an Oireachtas committee that there is "not another credible fall back solution that can take the place of the backstop".

Speaking at the Oireachtas Foreign Affairs Committee, he said this was the reason why EU leaders and the British Prime Minister had been so clear about the need for the backstop, even though they want to avoid using it.

"For the moment, in my view, there is not another credible fall back solution that can take the place of the backstop," Mr Coveney said.

Mr Coveney also said that the backstop did not represent a threat to anyone.

Meanwhile, the Minister for European Affairs said that the Taoiseach made it very clear to Mrs May that negotiations on the backstop or on the Withdrawal Agreement cannot be reopened.

Speaking on RTÉ's Six One News, Helen McEntee, who attended a meeting with Mrs May alongside Mr Varadkar, said any attempt to reopen negotiations would be rejected not only by Ireland, but also by the EU27.

She said the meeting focused on possible assurances that could be provided to Mrs May to ensure support for her Withdrawal Agreement in the House of Commons.