Minister for Finance Paschal Donohoe has met with the US Secretary of the Treasury Steven Mnuchin in Washington.

Mr Donohoe described the discussion as productive and said he raised concerns about the future of the Aughinish Alumina plant in Limerick.

"I impressed on Secretary Mnuchin the importance the Government attaches to finding a solution to the issues faced by Aughinish Alumina," he said.

Over 450 people are employed at Aughinish and there are fears over the impact of US sanctions on one of the Russian owners of the plant's parent company.

Earlier, the Mr Donohoe said that a no-deal Brexit would pose a grave risk for all involved and would be an exceptionally serious development for the Irish economy.

He said the Government has been working with the European Commission on how best to respond to a no-deal Brexit and that those efforts will now become more intense.

He said that the Government would be looking at its recruitment plans to see what further changes are needed to respond to the challenges of a no-deal scenario.

The Minister for Finance said Ireland and the EU would do all they can to avoid a no-deal Brexit by engaging with the UK and providing clarifications, but added that the text of the Withdrawal Agreement has been completed and cannot be renegotiated.

Mr Donohoe is in Washington this week for a series of meetings.

Mr Donohoe is in Washington this week for a series of meetings, and earlier held talks with the Managing Director of the IMF Christine Lagarde. 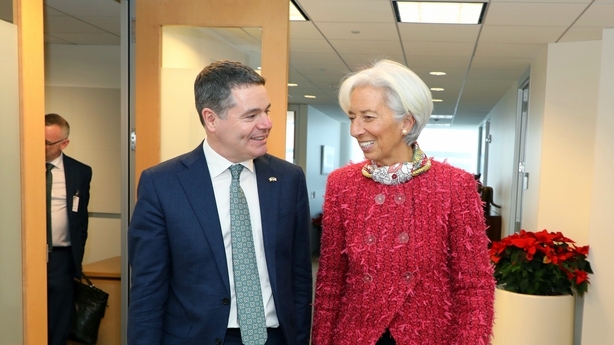