EU and UK negotiators are considering the idea of extending the two-year Brexit transition by one year to provide more time to develop a temporary customs arrangement between the EU and UK, RTÉ News understands.

It is understood that negotiators believe the idea would help the British government reassure the DUP and eurosceptics that the backstop to avoid a hard border in Ireland would not be needed.

The outline of the idea was presented by the EU's chief negotiator Michel Barnier to member states in Luxembourg.

On Monday, British Prime Minister Theresa May told the House of Commons that the backstop should never need to come into effect.

Her idea is that a future trade arrangement would be so comprehensive as to avoid the need for border checks on the island of Ireland.

However, she admitted there could be a gap between the end of the two year transition and when that free trade deal is concluded.

To bridge this gap, the UK wants a temporary customs arrangement, with the UK effectively staying within a customs union with the EU until the free trade deal is concluded - in that way there would be no need for customs checks on the Irish Sea.

What both sides are now considering is an extension to the two-year transition.

That would give time to fully flesh out this temporary customs arrangement.

If the existing transition expired before it was ready, then the original Northern Ireland-specific backstop would have to kick in.

But if the transition period was longer, then that risk, from Mrs May's point of view, would be minimised.

It is not a fully worked out plan, and it will run into fierce opposition from eurosceptics - nor will it be done overnight.

However, it is being looked at seriously and that is why Mr Barnier felt able to brief member states in Luxembourg. 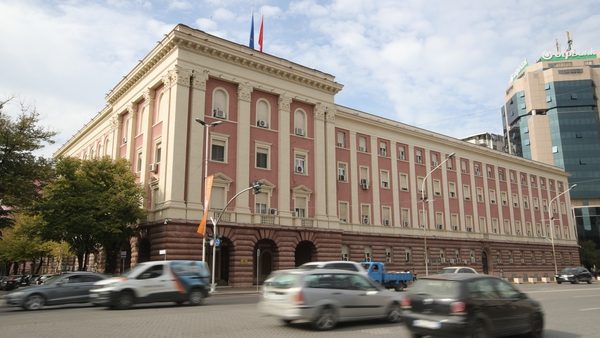