An internal report by the Department of Foreign Affairs has painted a negative and deeply unflattering picture of Britain's performance in the Brexit negotiations.

It is based on an extensive round of meetings between senior Irish diplomatic figures and government officials in European capitals.

The confidential report, seen by RTÉ News, quotes senior EU figures as being alarmed by "chaos in the Conservative government", with British ministers and civil servants unable to agree a coherent policy on Brexit.

The report says there are significant concerns across European capitals that it will be difficult to break the deadlock in the negotiations ahead of the December summit.

The UK wants the EU27 to move on to the second phase of the talks covering trade as soon as possible.

So far, the EU has said that cannot happen until Britain makes concessions on its financial liabilities, citizens’ rights, and the border.

The paper is based on a series of meetings between Irish ambassadors and senior embassy officials and government and foreign ministry officials in ten EU member states and in Japan.

The document is a compilation of political reports from Irish embassies across Europe between 6 and 10 November.

This was some three weeks after the EU summit in Brussels during which EU leaders told Theresa May that Britain needed to do more on the three key issues.

The opinions voiced by EU ministers and senior officials to Irish diplomats reflect widespread pessimism and even scorn about the British government's negotiating position.

Some EU figures talk of "chaos" in the British government.

This was much to the surprise of his hosts, who had regarded the meeting as an opportunity for Mr Davis to unblock French resistance to negotiations graduating to the next phase.

During a meeting in Luxembourg, the British judge in the European Court of Justice bemoaned "the quality of politicians in Westminster".

Ian Forrester wondered if the British public might view Brexit as "a great mistake" when they realised what leaving the EU entailed.

A minister in the Czech government told his Irish interlocutors that Britain's Foreign Secretary Boris Johnson was "unimpressive", but that at least he had "avoided any gaffes" during a visit in September.

Czech Deputy Minister for Foreign Affairs Jakub Dürr told officials "he felt sorry for British Ambassadors around the EU trying to communicate a coherent message when there is political confusion at home".

Read more
The Brexit Veto: How and why Ireland raised the stakes
UK must deliver progress on Brexit issues Overall, the various ministries across the EU expressed doubt that Britain would be permitted to move to the second phase of talks unless it brought forward solutions to the issue of the UK's financial liabilities on leaving the EU.

Most officials and ministers noted that the EU remained united at 27, and that Michel Barnier, the EU's chief negotiator, had appeared far from optimistic that a breakthrough would happen at the December summit.

Some senior figures warned about Britain crashing out of the EU without agreement.

At a meeting in Rome, the Italian Minister for Economic Development Carlo Calenda said a no-deal scenario could cost Italian businesses €4.5 billion.

Several member states expressed concern about the border and sought information from Irish officials about the kinds of solutions that might be required.

According to the report, the Greek Ambassador for EU Affairs at the Foreign Ministry in Athens Ioannis Metaxas said he was "pre-occupied with Brexit, which would cause 'big problems' for Ireland, Belgium, the Netherlands and Denmark".

He was "keen to know what the solutions would be in terms of managing both migratory and customs flows between the north and south". 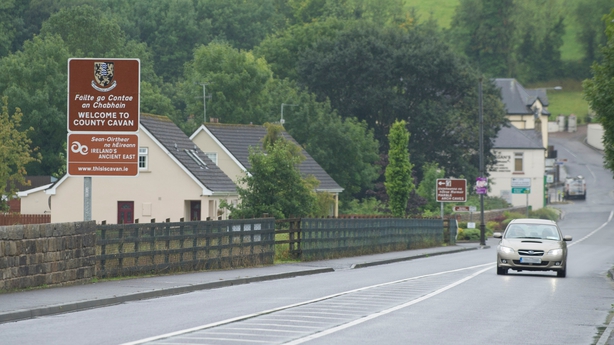 At a meeting in Japan in September between the vice minister of economy, trade and industry and Tanáiste Frances Fitzgerald, the report states that the Tanáiste "took every opportunity to make the case for Ireland as the ideal post-Brexit solution for Japanese companies considering investment or expansion in the EU".

On 7 November, Irish embassy officials in Paris met Gaël Veyssiere, the head of cabinet of the French minister for European Affairs, who was keen to learn how Irish issues would be dealt with in the coming weeks during the negotiations.

The paper reported that Mr Veyssiere had "picked up" remarks by the former head of the World Trade Organisation Pascal Lamy that Northern Ireland could "become like Hong Kong, a special autonomous zone within the EU".

Mr Veyssiere is also reported as saying that unless the UK brought forward some solutions to the financial settlement, "there could not be a positive outcome in December".

The paper adds: "He was very negative about the possibility of this happening and about the level of engagement by the UK."

"Despite having billed this in the media in advance," the paper states, "as a meeting to 'unblock' French resistance, Davis hardly mentioned Brexit at all during the meeting, much to French surprise, focusing instead on foreign policy issues."

In a meeting with the Cypriot Minister for Foreign Affairs Ioannis Kasoulides, the Irish ambassador was told that "the UK must do more on the financial settlement - it's a matter of trust".

The Irish embassy in Slovakia reported that government ministers there were insistent that the financial settlement issue was "very important", and that EU citizens in the UK must have their rights protected, not just for four years "but for 40 years".

A similar picture emerged in Latvia, where senior government officials said UK ministers had made "a poor impression on their rounds of capitals and Latvia is pessimistic with regards to reaching an agreement in December".

The officials said "the biggest problem is the chaotic political situation in the UK government".

Equally damning were the reported comments of the UK's member of the European Court of Justice in Luxembourg, Judge Ian Forrester. 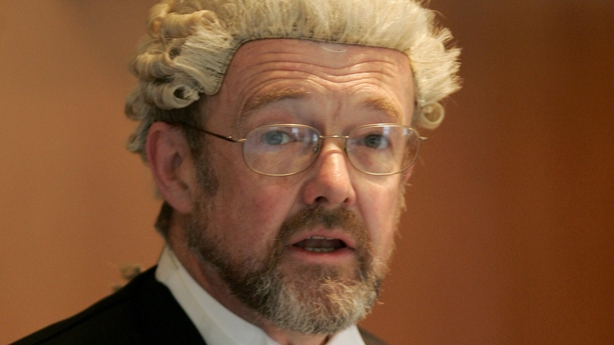 The report quotes the judge as saying there were "issues around the quality of politicians in Westminster at present".

He described British society as "very divided" and it was "difficult to see any solutions to this in the current political context".

The judge said there had been "a fair amount of contact" between him and the British government on the issue.

However, he said "only one person out of all those who had been in contact had any real grasp of the complexities involved [in leaving the EU]."

Judge Forrester was then quoted as saying "this process is going to go on for some time and ... his hope was that it would gradually dawn on people what leaving actually entailed, that there might be a slow realisation

Swedish Minister for Trade Ann Linde told Irish officials that "no country, either inside or outside the EU should be worse off because of Brexit".

Sweden was in "full agreement" with Mr Barnier and the EU should have "a coordinated and coherent voice".

Although Ms Linde said she was "optimistic" about a good outcome in December, the UK would "have to provide clarity on the financial settlement".