Sources have indicated that a Brexit deal is within sight and a text is taking shape.

One source spoke of "guarded optimism", while a second has confirmed that text on a possible deal is taking shape, but added "we're not over the line yet".

Technical talks in Brussels on the terms of Britain's exit are continuing after word emerged that the two sides were close to agreeing on a text.

Mr Barnier also said he needed a legal text agreed by the end of the day to recommend that a summit of EU leaders on Thursday and Friday approves any deal, according to Reuters.

Otherwise, he would likely recommend that more talks with Britain are needed past the summit.

Mr Barnier briefed EU member states this morning in Luxembourg on the prospects of a breakthrough ahead of the summit.

Taoiseach Leo Varadkar said the talks were "moving in the right direction", but it was unclear if it would be ready in time for the EU summit later this week.

The DUP has said further work was required on any Brexit deal because gaps remain over what it can sign up to.

"We respect (the) fact negotiations are ongoing therefore cannot give a detailed commentary but it would be fair to indicate gaps remain and further work is required," it said in a statement.

It followed a meeting this evening at Downing Street between British Prime Minister Boris Johnson and a DUP delegation led by party leader Arlene Foster.

Earlier, Ms Foster told RTÉ News that any Brexit deal had to respect Northern Ireland's constitutional position within the UK.

She said that if there was to be consent it must be in accordance with the Good Friday Agreement with consent from the nationalist and unionist communities.

Ms Foster said that when she hears talk of a Northern Ireland only-backstop, she is inclined to think that the negotiations must be very far from agreement.

She said, however, it was important that everyone worked together to get a deal and her party would be working with the British government to try to make that happen.

The DUP leader said she was not moving away from power-sharing and she wanted it to work and to see the Assembly back in place, but this had to happen in a way that respected unionism and nationalism.

Two sources have confirmed to RTÉ News that British negotiators brought forward an updated plan to Brussels to deal with the issue of customs and the Irish border.

Following the meeting between the Taoiseach and Mr Johnson last week, the UK proposed a plan that would see Northern Ireland remain in the UK's customs territory, but operating the EU's rules and procedures on tariffs.

However, RTÉ News understands that the European Commission has hardened its opposition to the proposals as being too complex and legally ambiguous.

It is unclear if British negotiators will table a revised version of the plan, or if they will propose something different. 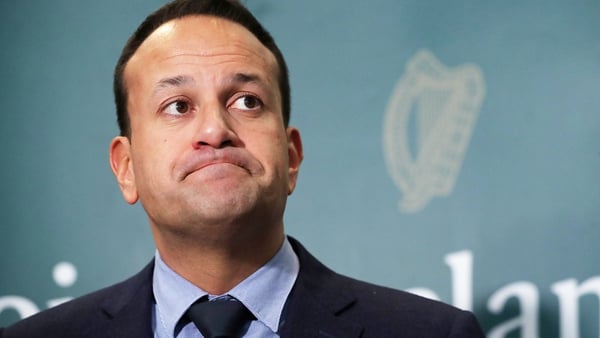 'Unclear' when Brexit deal will be ready - Taoiseach