The Taoiseach has insisted the British government should not "impose" customs checks "against the will of the people" north and south of the border.

Leo Varadkar told the Dáil that he welcomed comments by the British Prime Minister this morning in which he said that Boris Johnson "disowned and distanced himself" from reports the UK would propose custom clearance posts on either side of the border as an alternative to the backstop.

"Had he not, in my view, it would have been hard evidence of bad faith on behalf of the British government," Mr Varadkar said during Leaders' Questions.

The Taoiseach said he had not seen so-called "non-papers" - or legally non-binding documents - submitted by UK negotiators to the European Union's Brexit taskforce, and said they had been provided on the basis that they would not be shared with EU member states.

He said the UK had in December 2017 promised Ireland and the EU that there would be no hard border, no physical infrastructure, and no controls or checks as a consequence of Brexit.

"We expect the British government to honour that commitment made in good faith in the Withdrawal Agreement," he said.

His comments come after the Government rejected proposals for customs posts along both sides of the border to replace the backstop.

Yesterday, RTÉ News reported that the suggestion sent to the EU by the UK would lead to the posts being built between five and ten miles back from the current border.

With just 30 days to go until #Brexit, here's @RayKennedyHack with a recap of the key events that brought us to this point | Full coverage: https://t.co/Uqqhqg61WT pic.twitter.com/8rNcChQkN1

Mr Johnson has urged the EU to work with him on efforts to reach a Brexit deal when he presents formal proposals to break the deadlock within days.

He said it is now the moment when the "rubber hits the road" as the clock ticks down to the 31 October scheduled date for the UK's exit from the bloc.

Mr Johnson called for Dublin, Brussels and Berlin to work with him on the "good solution" the UK will be formally setting out.

In the Dáil, Mr Varadkar said: "People in the Republic of Ireland do not want a customs border between north and south.

"I would ask anyone in the British establishment who thinks that this is in any way a good idea to listen to the voices of Northern Ireland - to business, to farmers, to people in Northern Ireland.

Mr Varadkar said that his Government talks about checks only in the context of no-deal Brexit.

He said: "If the UK decides, and it will be their decision to leave without a deal and operate on WTO rules, then there will need to be checks. At the ports, at the airports, perhaps at business level, and perhaps near the border too.

"That is the reality of the situation. But that is in the context of no-deal. We have never been in the position of signing up to checks as part of a deal.

The Fianna Fáil leader said the Government needs to be careful about welcoming what Mr Johnson says because "while he is dismissing the non-papers, the essential message of what he is saying today is that he wants to keep Northern Ireland out of a customs union".

Micheál Martin said: "It seems to me very clear that he is sticking to the idea that he does not want, as part of the exit deal, any provision that would ensure and guarantee that Northern Ireland would remain within the EU's Customs Union."

The Taoiseach said this analysis was correct.

"It is his view that the UK should leave the EU whole and entire - to use his language - and that means the UK including Northern Ireland leaving the customs union," Mr Varadkar said.

"I explained to him that we spent two years going up and down all these rabbit holes," he said. 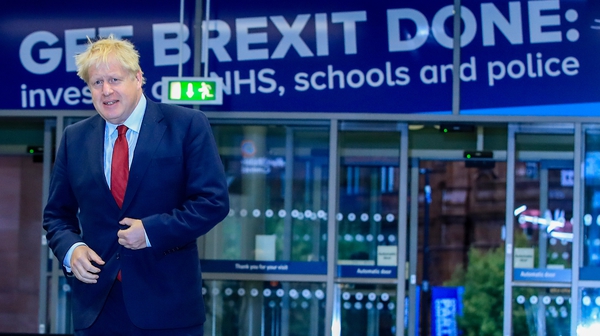