You have to hand it to Boris. Part of his wheeze when plotting  his way to Downing Street was he promised to take the UK out of the EU and set sail for the sunny uplands. When Covid-19 arrived like an earthquake, his administration made a horlicks of its strategy, resulting in the UK having some of the highest infection and death rates in the world.

But then when he was stuck in deep manure, he spotted a gap and went for it. As a result of his gamble, the UK are currently World Vaccinator champions, leaving the EU in the shade. Already Team Boris has injected more than three times the population of the Republic of Ireland.

The GB figures are in excess of 15 million jabbed and galloping on. The equivalent Irish figure is heading towards 200,000. 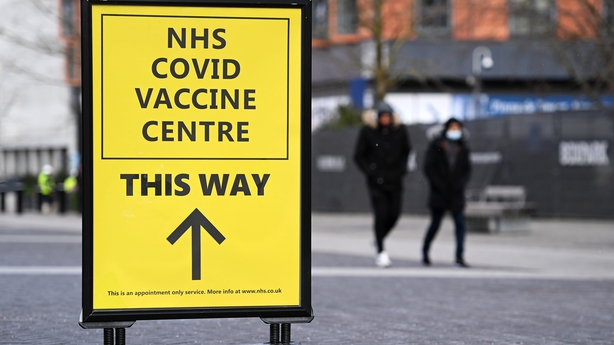 In Northern Ireland around 20% of the citizens have already received their first shot. Across the border the equivalent figure is between 3% and 4%.

Remember December? When southern eyebrows were raised about the infection rates and the behaviour over the border?

It's England's biggest morale boost since the 1966 World Cup Final victory over Germany. Indeed the current mood in the Bobby Moore-Uwe Seeler homelands is so, so different.

Last year, Ursula von der Leyen, the chosen one of German Chancellor Angela Merkel, was shoehorned into the President of the European Commission role. When the pandemic began spreading fear and chaos throughout the world, she bravely took on the role of co-ordinating the EU response to the challenge.

The UK departure from the Brussels club was messy and Boris left on bad terms. But in the final months of the divorce negotiations when Covid-19 was stretching the UK’s national health service to its foundations, Boris somehow put together a winner-takes-all strategy for vaccine acquisition.

The first miracle formula was discovered by Turkish emigre scientists, working in Germany, who teamed up with Pfizer company. But the Brits got first call on it.

Boris and his pals actively supported the British-Swedish pharma company, AstraZeneca, in its collaboration with Oxford University. They pre-booked access to any successful formula it might produce. 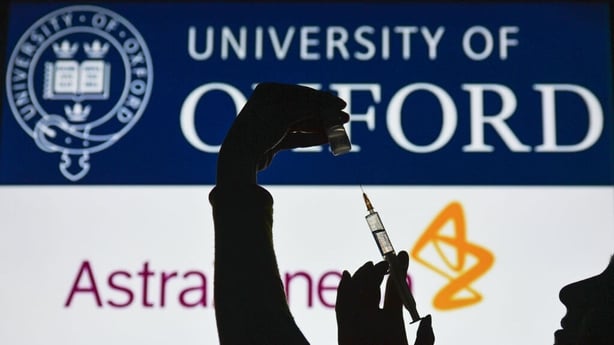 A French-owned pharma company has a plant in Livingston, Scotland, and a deal was cut there too.

To complete the magic equation, the Brits put energy and focus into fast-tracking regulatory scrutiny through their own post-Brexit 'ourselves alone' system for any potential concoctions coming onto the market.

So while the EU worked to coordinate contact with its 27 member states and the EU's regulatory system proceeded with greater caution than their UK equivalents, Boris had his supplies, permission to use them and a system in place to dispense them.

The Germans look on glumly from lockdown while a vaccine developed in their country is being doled out in the UK. They have elections later this year.

In France, Emmanuel Macron is being chased down by Marine Le Pen in the polls for next year's presidential election showdown. He is getting grief for the slow vaccine role out, in contrast to what's happening over the Channel.

Encouraged by the headline writers in the Tory Press, Boris is rooting through the untidy wardrobe in Downing Street for his Superman costume.

Israel (population 9 million) is one of the few countries keeping pace with the Boris Johnson success story. 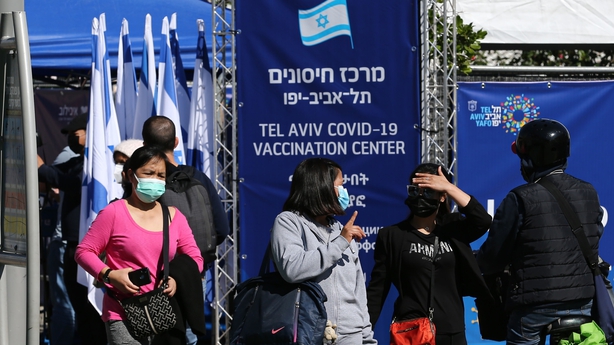 And, in this post Brexit world, it is worth remembering that the first citizen on the planet to receive a regulatory approved shot of German-created Prizer vaccine was 91-year-old Margaret Keenan.

She is a Coventry-based, former jewellery shop assistant, born into a nationalist home in the border village of Belcoo, Co Fermanagh, over the bridge from Neven Maguire's famous restaurant.

My late mother had a mischievous sense of humour. She used to say that God rarely opens one door without closing another. Boris would need to be very careful. The cunning plan is going swimmingly.  A time to be extra vigilant.

At the weekend, his health minister Matt Hancock almost sounded convincing. Even Foreign

But a giddy clutch of Tory MPs is threatening to lose the plot with 60 or more of them pushing for a swift end to the lockdown, now that the vaccine roll-out is going so well.

They are demanding reopening dates for not just schools and shops, they also want commitments about pubs and restaurants.

In a memory-lapse which defies logic, they are calling for a repeat of last year's government-funded 'eat out to help out' scheme.

Last week, Britain's Chancellor of the Exchequer, Rishi Sunak, confirmed the economy shrank by 9.9% last year.  (Isn't it helpful of the slide to halt one step short of double figures, 10%).

The reduction indicates the scale of the challenge facing the Prime Minister and the Chancellor who might one day succeed him.

In the depths of the pandemic gloom the Chancellor added a £20 top up to what's known as the 'universal credit' payment system, offered to six million citizens who are out of work or on low payments.

The basic level of payment starts at around £340 per month for single people under 25.

It was supposed to be a temporary dig out, due to end next month. The mandarins who know that 'quantitative easing' (print your own money), eventually comes back to bite you, are advising the Chancellor that temporary must mean temporary.

But Mr Sunak and his prime minister know that in a land where food banks are part of the new normal, it could be a risky strategy to antagonise the poor and the struggling in the middle of a pandemic.

Boris featured on US television at the weekend. It was put to him by the host of the CBS' Face The Nation, Margaret Brennan, that in 2019 the now president, Joe Biden, had described him as the physical and emotional clone of Donald Trump.

The interviewer asked the Prime Minister was he concerned that he and President Biden might be starting off on the wrong foot.

"I’ve had, I think, two long and very good conversations with The President," said Boris.

"We had a really good exchange, particularly about climate change."

Then the Northern Ireland issue was raised. The exchange deserves scrutiny

Margaret Brennan: ... President Biden doesn't want you to put that peace agreement in Northern Ireland at risk at all, has made clear that border needs to stay open and you need to adhere to that EU-UK agreement from December. Can you commit and reassure the US Congress and the US president that you will do so in all circumstances, stick to that agreement?

Margaret Brennan: And the Northern Ireland Protocol specifically? You will adhere to that open border?

Boris Johnson: We want to make sure that there's free movement, north south, free movement east- east west, and - and we guarantee the rights of the - of the people of Northern Ireland, of course.

How will those Prime Minister comments play in Cullybackey? How will they go down with Mervyn Gibson, the Grand Secretary of the Orange Order, who immediately after the Brexit deal was concluded last December, described Mr Johnson as a lousy unionist who had betrayed Northern Ireland.

How will they be digested by Peter Robinson, former DUP Leader and former NI First Minister, and David Campbell OBE, former chairman of the Ulster Unionist party?

The pair are currently board members of Co-Operation Ireland.

In recent days their contributions have significantly added to the narrative about unionist discontent over the Northern Ireland protocol.

Some of the most worked-up voices in unionism are arguing that if the EU can't be persuaded to ditch the Northern Ireland Protocol, then Boris should make known his disquiet by triggering the Article 16 Mechanism.

In his Belfast News Letter column Peter Robinson said unionists may have to decide whether scrapping the protocol is more important than the continuation of the Stormont Assembly.

In this pressurised environment, how is Boris likely to behave? Is Northern Ireland a more pressing problem than Scotland, where Assembly elections are due in May and where Nicola Sturgeon is hell bent on someday creating an EU land border between England and Scotland? Could a coalition of the ERG group, the 'We've Had Enough of Brexit' Tory backbencher set and the DUP's MPs cause such grief for the Prime Minister that he might move to take unilateral action on the Northern Ireland Protocol?

Or will transatlantic relations and other priorities push him to conclude that the limited available time, for now, should be on trying to address the sharp edges of the Brexit deal?

At the turn of the year Boris was in a deep hole. He was faced with some of the world's highest Covid infection rates and mortality statistics, and a variant of the disease first detected in Britain, spreading it like wildfire.

The vaccine strategy has become his 'get out of jail' card.

Based on past Boris behaviour, his focus for the immediate future will be where he is winning. Part of his persona is his ability to find a berth in a Titanic lifeboat while others struggle in the icy water.

In the post-Brexit world, Boris the arch-survivor is enjoying the UK's run as World Champion Vaccinators.

The rise of sterling is not unrelated. 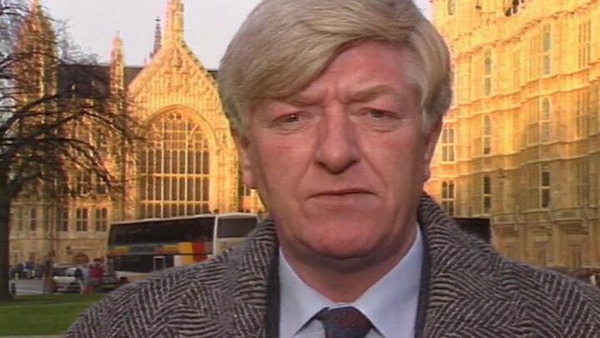