Sometimes our next door neighbours don't realise how good they are.

For very obvious reasons, at present most attention is being mopped up by UK Prime Minister Boris Johnson. From his position on the bridge, he swears that destination up ahead is the Sunny Uplands. But as it gets closer, there is the possibility of it becoming an iceberg.

The heavens delivered a many times more powerful vignette last Tuesday morning. At 6.30am, wearing the distinctive t-shirt she had been given to replace her pyjama top, Margaret Keenan became the most famous vaccine recipient in the world.

Images of the injection being administered at a hospital in Coventry were guaranteed to be seen in all parts of the world. The army of British government special advisors could easily have found a Conservative with connections for the centre stage role. 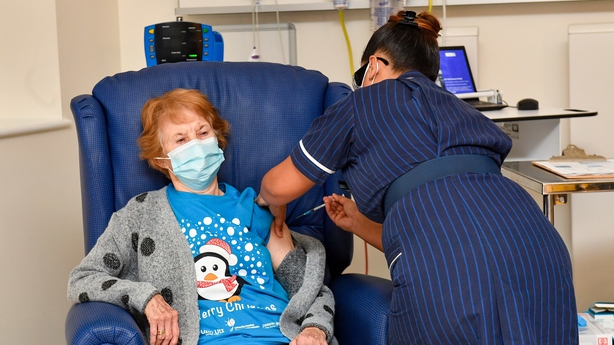 Instead, up popped a straight-talking 90-year-old woman who had worked into her mid 80s as a jewellery store assistant and whose childhood years were spent near Belcoo, Co Fermanagh, over the border from Blacklion, Co Cavan.

As Margaret was quizzed by mask-wearing reporters, she identified an essential element of the magic potion she had just received.

Margaret Cassidy (her maiden name) was 18 on 5 July 1948 when Aneurin Bevin, the health minister in Clement Atlee’s government, introduced the National Health Service. His revolutionary proposals had been opposed by the British medical establishment.

The leaflet produced in huge numbers to explain the NHS said: "It will provide you with all medical, dental and nursing care. Everyone - rich or poor, man, woman or child can use it or any part of it. There are no charges except for a few special items.

"There are no insurance qualifications. But it is not a 'charity'. You are paying for it, mainly as taxpayers, and it will relieve your money worries at times of illness."

In the first year of operation, the NHS provided eight million people with dental services and gave out six million pairs of glasses.

The revolutionary policy initiative, free at the point of delivery with access based on need, was a government’s way of saying thanks to its citizens for the sacrifices they had made during World War II.

It was acknowledgement of the real-life injustices and absence of health care A J Cronin had laid bare in his novel 'The Citadel' a decade before.

The NHS really was an example of Britain leading the world. It pioneered a policy of providing a comprehensive health service free of charge. In time, other countries would use the UK’s NHS template and develop a version of it.

Seventy-two years after the introduction of the NHS, the mighty United States still has nothing to compare to it.

Even though the UK is our nearest neighbour and over the border we have the example of the NHS, last year our Health Insurance Authority said 2.2 million citizens - 45% of the Republic of Ireland population - took out private health insurance.

Sláintecare, the plan to develop an Irish version of the NHS, received cross-party backing when launched in 2018. But it is still at the baby steps stage. A distant dream.

Maggie Keenan’s niece, Geraldine McHugh, lives in Tempo, Co Fermanagh. According to her, among family members Maggie is known as Peggy.

She had four older brothers and sisters, Joe, Tommy, Mary and Lily. The Cassidy family lived in a small cottage out the Enniskillen Road. Their father worked over the border as a butcher in Greens of Blacklion.

Maggie/Peggy first moved to Belfast for work and later she and three of her four siblings would emigrate to England.

A nephew of Maggie’s, Lily’s son, Tommy Nolan, was killed in Belfast during the early days of the Troubles.

Geraldine was delighted to see her aunt feature on the television on Tuesday. The last time she went to see her in England, Geraldine flew with her three children to Birmingham. Maggie insisted on making the trip from Coventry with her daughter and grandchild to meet them. 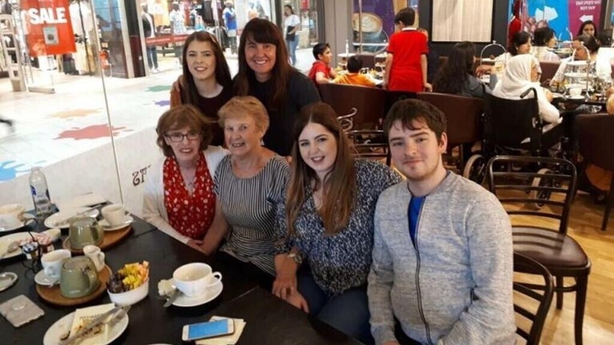 Geraldine described her aunt as very active and independent who enjoys painting and gardening. She lives alone, although her daughter, Sue, is nearby. She was in her mid 80s when she gave up her part-time job in a jewellery shop.

The four Cassidys from Belcoo were like hundreds of thousands from the island of Ireland who crossed the Irish Sea in search of a new life and better times in Britain. Some found work in the car factories of midlands cities like Coventry and Birmingham.

Some endured the devastating bomb raids on Coventry by the Luftwaffe during World War II.

Some remember the IRA bomb left attached to a bicycle in Coventry during 1939, killing five people, after which two of those charged and convicted were hanged.

Being Irish in England was sometimes difficult during the Troubles' decades, as in 1974 when IRA bombs in two Birmingham pubs caused 21 deaths.

Maggie Keenan had no indication that one week short of her 91st birthday, in the middle of a pandemic, she was about to become a celeb.

Her story would have brought a smile to Aneurin Bevan, the Welshman who founded the NHS. He was one of 10 children. He left school at 13, worked in his early teens as a miner, and died from stomach cancer at the age of 62.

The vaccine Geraldine received was developed in Germany by a Turkish émigré, Uğur Şahin and his wife, Ozlem Terici.

Following month after month of the world being brought to its knees by a virus, there was something lyrical about the sight of a 90-year-old Irish emigrant to Britain receiving the first dose of a miracle vaccine created by Turkish settlers in Germany.

For a pandemic that recognises no borders, it was the perfect riposte.

Throughout the week, in a parallel universe, the EU and the UK could barely agree to disagree as Brexit negotiations remained deadlocked. Things are threatening to turn ugly. The possibility of a messy divorce increases.

Part of the complexity is this has never happened before. Up to now, for the European Union, often the challenge has involved deciding who to accept from the long line of applicants.

In the case of the UK, while it has experience of upping sticks from territories in different parts of the world, it has never before pulled out of a club significantly bigger than itself.

The Northern Ireland Protocol, negotiated by Brussels and London during Leo Varadkar’s term as taoiseach, has been resuscitated. As a result, there won’t be a border on the island of Ireland. Instead, some version of a frontier will be created in the Irish Sea.

Brexit is proving to be a very mixed blessing for the Democratic Unionist Party. The Ulster Unionists couldn’t make up their minds about where they stood, so the DUP was the only one of the five main parties that campaigned to leave the EU.

Westminster maths and Tory infighting gave the DUP’s MPs temporary significance and influence. But after the DUP fell out with then prime minister Teresa May, the tide was on the turn.

Boris Johnson was delighted to use his ‘Northern Ireland friends’ when their votes were useful. Once the maths changed, the temporary arrangement died. 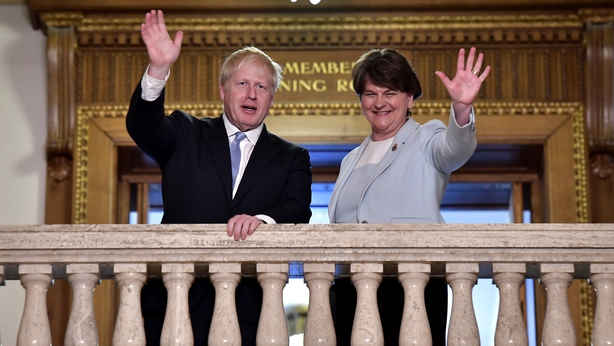 In the House of Commons during the week, Jeffrey Donaldson must have longed for the times when the DUP was in a confidence-and-supply arrangement with the Conservative government.

Alongside him on the green benches, the plaintive cries of his colleague, Sammy Wilson were delivered in an almost empty chamber.

The customs infrastructure under construction at the ports of Larne, Warrenpoint and Belfast is a responsibility of a DUP Agriculture Minister, Edwin Poots.

It's a challenging time for DUP leader, Arlene Foster.

The ‘take back control’ slogan, so successfully pushed by Dominic Cummings during the Brexit campaign, has left the Fermanagh-based party leader vulnerable to factors over which she now has little or no control.

The UK will be out of the European Union next year.

For the DUP, will the Brexit project it supported and helped to deliver be a perfect present or a hospital pass in 2021, the centenary of the foundation of Northern Ireland?