Make space in your diary. This coming week the Big Picture Show season begins. It will be a box set structure, involving a series of connected themes. The US election is the first episode. The outcome - Trump or Biden - will feed into the Brexit negotiations. Covid-19 will be a constant story line.

The interactions of events will shape the finale of Season One in December. By then Micheál Martin will know if there is a halt to the pattern of bad bounces and unforeseen challenges that has dogged his term as Taoiseach.

Over the weekend a package marked 'trouble' arrived on the Fine Gael doorstep.  Its significance and shelf life may become clearer in the coming week.

Three men have served as Taoiseach during Donald Trump’s four year term in the White House. The administrations led by Enda Kenny, Leo Varadkar and now Micheal Martin have all struggled to establish calm, productive working relationships with the here today/toast tomorrow teams reporting to the former reality tv personality, now US President. 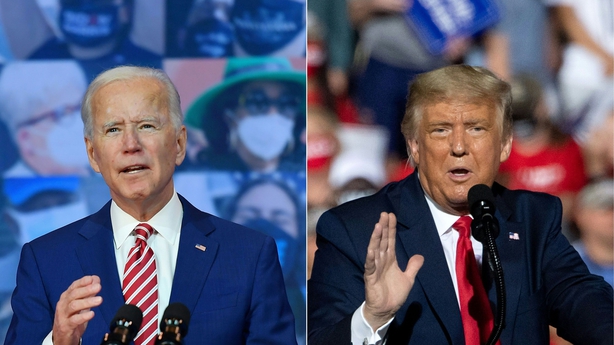 If Donald Trump wins on Tuesday, Dublin’s guesswork about how to interact with his administration will have to continue for another four years. If 77-year-old Joe Biden ousts the 74-year-old maverick, old conventions will be restored.

The outcome of the US elections could be a factor in the EU/Brexit negotiations. Joe Biden is an each-way better on many issues. But fellow Democrats Nancy Pelosi and Richie Neal had no difficulty in convincing him about the negative border consequences for the island of Ireland that could flow from a hard Brexit.

Donald Trump often regards the EU a rival business. He would see merit in quickly working up a trade deal with the UK if it made an acrimonious exist from the Brussels club.

If a Democrat takes over in the White House, particularly one with an understanding of the Good Friday Agreement and with relatives in Louth and Mayo, the tone of discussions between British and EU officials could change.

The UK’s chief negotiator, David Frost, is liked by the Brexiteer faction within the Conservative party. For good reason. But during the past fortnight the pause button has been applied to the ‘we’re off to the sunny uplands ’ rhetoric.

The chances of a softer Brexit deal being reached are increasing. Such an outcome would be a relief for the coalition in Dublin and for all parties in the Stormont power-sharing administration, the DUP included.

It would be welcomed by the business sector on both sides of the border. Weak sterling, currently hovering in the €1.09 - €1.11  range would strengthen.

A Biden victory should increase the prospects of the EU and the UK striking a deal on Brexit. If Donald Trump secures a second term, the UK team might toughen its negotiating stance.

How might the Covid-19 situation play into those Brexit negotiations? Compared to most European administrations, the UK included, Dublin is ahead on decisive intervention. Yes it involved a u-turn, but for Round 2 of the pandemic, Ireland has moved faster than Germany, France, Spain, the Czech Republic (the original promoters of mask-wearing) and Britain. 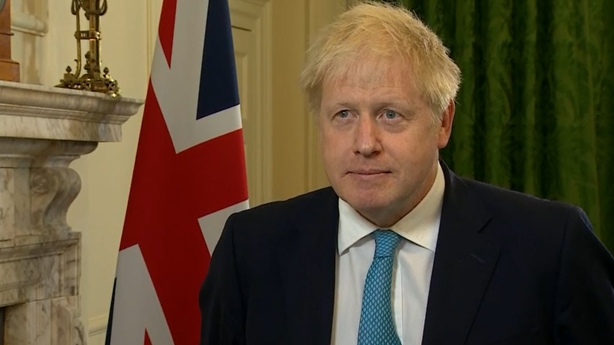 His stance was supported by many Conservative party colleagues who argued against heading towards a general shut down. But last night, on foot of scientific and medical advice, the British Prime Minister blinked. England, too, is temporarily shutting up shop.

Boris and his inner circle are under pressure. He and three senior cabinet colleagues agonised over the u-turn. Details of their deliberations were leaked. Tens of billions of pounds will be required to fund the restrictions.

Can the British economy afford the costs of a hard Brexit on top of the enormous and rising Covid-19 bill? Or could the Conservatives use a bust-up with Brussels to placate some of their own disgruntled foot soldiers?

The stance of Northern Ireland on Covid-19 deserves scrutiny. For weeks it has reported more than double the infection rates, hospital admission rates and patient numbers in ICU than south of the border. The Stormont Executive closed schools for not one but two weeks over the Halloween break. But it has allowed its retail sector to stay open, in contrast to the policy over the border.

She said "we must adapt to coexist with the virus. That means increasing hospital and testing capacity."

As things sit, the Republic of Ireland is on course to be the first European country to test the effectiveness and the economic consequences of a ‘lockdown’ (except for school closures) to Round 2 of the battle with Covid-19.

Northern Ireland, in contrast, if Arlene Foster’s view holds, will be the testing ground for lighter-touch regulations, less restrictive than those deemed necessary for England by the British Prime Minister and also less severe than the actions taken south of the border.

The electorate didn’t thank him for it but one of Leo Vararkar’s most significant achievements as Taoiseach was his role in assisting Boris Johnson to successful Brexit Withdrawal Agreement negotiations. He was on a farewell lap in Washington last March when he twigged the seriousness of emerging pandemic crisis. Some of his best speeches and bonding actions with the public followed.

The leadership provided by Leo Varadkar and 'The Two Simons' in that first phase of the Coronavirus emergency made them a difficult act to follow. Micheal Martin has struggled in the role. Comparisons have not helped.

But two issues on which his predecessor impressed - Brexit and Covid-19 - are coming to a critical stage again.

If the British agree to a trade deal rather than a messy departure from the EU, it will a good result for Ireland, south and north.

If Covid infection rates south of the border fall dramatically and the scientific and medical advisors confirm the disease has been beaten back a second time, the six weeks of community-wide hardship may be deemed worthwhile.

November will be an intriguing month

.Starting with The Donald.

Ironically, tough times could be the making of Micheal Martin. As happened with Leo.