Could the possibility of holidaying abroad this summer have moved a step closer?

Certainly, if the Aviation Recovery Taskforce's interim recommendations are taken on board by the Government, then there is a strong chance that foreign beach holidays or city breaks will be a realistic possibility in July, August or September.

Right now, if you want to travel abroad, it is strongly recommended that you spend two weeks in self-isolation when you get back.

The State will even check that you are where you said you would be during that fortnight.

It makes travelling abroad for a two-week-long holiday pretty unappealing at best and impractical at worst.

Aimed at preventing the re-importation of Covid-19 into the country, the rule is a public health measure with an understandable purpose.

The problem is it is playing havoc with the aviation and tourism industries’ plans to get moving again.

The rule clearly won’t be there forever.

But who is going to book a flight to a holiday destination like Spain, Portugal or France if they don’t know for sure whether the self-isolation on return requirement will be gone by the time they are due to get back?

For Ryanair, which is planning to restart a chunky part of its schedule from the beginning of July, it is a huge issue.

It has been haranguing the Government to drop the requirement, saying it is out of step with other European countries and that it is pointless and ineffective.

Its calls have been backed (in a less Ryanair-style shouty way) by Aer Lingus, inbound tour operators, representatives of the domestic tourism industry and others. 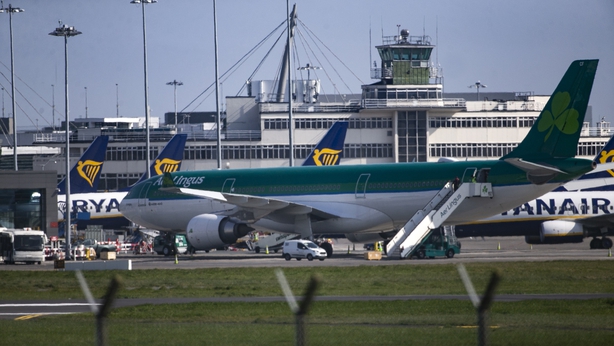 So far though the Government has been standing firm, and recently extended the requirement for those arriving back into the country to fill in a form giving details of their intended address for self-isolation.

But the pressure is clearly building on the Government to remove the rule and the Aviation Recovery Taskforce’s decision to publish an interim report recommending its removal, just two weeks after the group was formed, is a measure of the urgency it attaches to the issue.

The interim report says the process and milestones around easing restrictions on non-essential air travel and the 14-day quarantine should be urgently clarified, with a view to facilitating easing the restrictions and lifting the quarantine by 1 July.

It says a Code of Practice for Safe Air Travel should also be put in place, applying the protocols developed by European regulators in the Irish context.

The view is that properly applied, these protocols will keep air travelers safe, negating the need for self-isolation on return.

The report also recommends that clarity be brought to the future of the existing Covid-19 relief measures, particularly the Government’s Temporary Wage Subsidy scheme.

There is no doubt that the aviation sector in particular is on its knees and will need a helping hand to get up again.

The Dublin and Cork airport operator, daa, is losing €1m euro a day, has plans to cut up to 1,000 permanent positions and is predicting passenger traffic numbers next year will be 40% down on 2019 levels.

Across Europe, airlines are being bailed out by national governments.

The representative organisation for airlines globally, IATA, says cumulative bookings for long-haul flights due to take place at the start of November are down 59% on where they were this time last year. 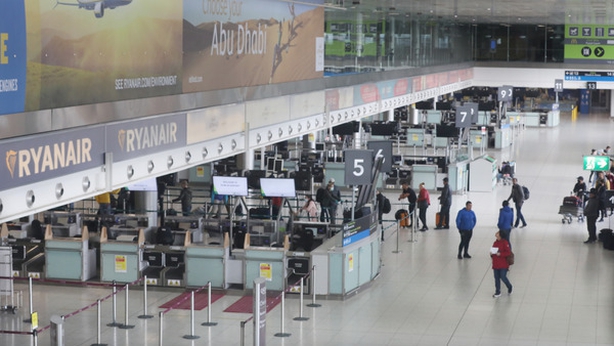 While only 18% booked their flights up to three days prior to departure in May last year, this year the number had risen to 41%.

The share of passengers booking over 20 days ahead has shrunk from 49% to 29%.

A recent IATA survey suggests that once the pandemic has subsided, over half of passengers would wait six months or more before flying again.

So clearly the environment for airlines is incredibly uncertain, with this feeding as a result into areas of the tourism and hospitality sectors.

Not surprising then, that aviation bosses here are seeking clarity on when and how the quarantine and travel restriction measures holding them back will be eased and removed.

Of course, the big fear for the public health authorities is that they cave to the pressure and lift the restrictions too quickly, with the result that Covid-19 re-enters the country again and triggers a second wave.

Nobody wants that, particularly the airlines, as it would inevitably lead to the public becoming more reluctant to travel again and the possible reintroduction of restrictions on non-essential air travel.

So getting the timing, the checks and the balances right around the lifting of restrictions will be key.

It’s the latest in a series of big calls for the Government to make.

Protect people’s health but risk destroying a €8.9bn a year industry that supports 140,000 jobs and ensures vital trade, social and cultural links from this island to other parts of the globe.

Or give that industry the hand-up it is looking for, at the risk of threatening lives again.

The pressure may be rising for a decision to be made. But there is no easy answer.

Ryanair to resume flights across Europe from today