No one would wish for a return to the catastrophic crisis following 2008 which led to so much pain for so many.

But for the government, it allowed major changes for the public service to be driven through - particularly under the rubric of the Financial Emergency Measures in the Public Interest (FEMPI) legislation.

For public service workers, there were not just significant pay cuts, but also a halving of paid sick leave, the introduction of a new less generous pension scheme, an increase in pension contributions, a 10% lower pay scale for so-called "new entrants" recruited from 2011, and the abolition of a number of allowances.

But when an emergency ends, pent-up demand for restoration and the rolling back of non-pay changes places almost inevitable pressure on government.

That demand has been clearly visible during this union conference season.

The last two public service pay agreements have seen the Government in payback mode - albeit in a gradual way to avoid a shock to the economy.

With over 320,000 employees on the State payroll, and a current gross pay and pensions bill totalling €21.9bn (€18.7bn for pay, and a further €3.2bn for pensions), even a small unforeseen percentage increase in that bill can skew the Government's overall financial projections.

The Public Service Stability Agreement (PSSA) provided an envelope of €887m for pay restoration over its three-year term - which was intended to deliver certainty about this key element of State expenditure.

But a number of unforeseen issues have led to concerns about whether the pay bill is spiralling out of control - and how the Government can get a grip on it.

The recent Labour Court recommendation to address pay demands and staff shortages by nurses and midwives belonging to the Irish Nurses and Midwives Organisation is estimated to add up to €50m to the cost of paying State employees over 2019 and 2020 alone. 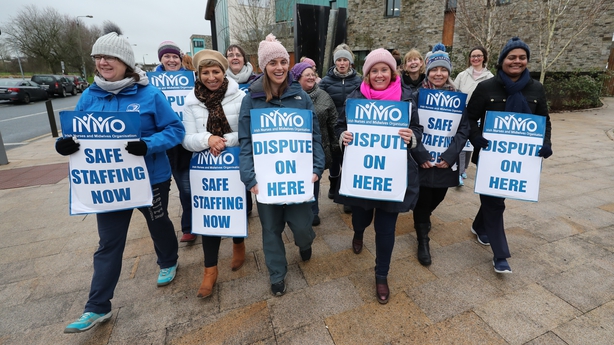 The price will be significantly higher if Health Service Executive management, the Department of Health and the Department of Public Expenditure and Reform fail to secure cost-offsetting productivity savings. Neither the INMO nor the management side has yet indicated precisely where those savings will be secured.

A similar staff shortages dispute involving the Psychiatric Nurses Association has yet to be resolved, but it too is likely to see some form of pay increase to attract personnel.

17,000 health support staff including health care assistants, porters and chefs are balloting for strike action over a job evaluation scheme. Money is bound to figure in any settlement.

In addition, the Government has agreed measures to reduce (but not totally eliminate) the gap between pre- and post-2011 recruits which they have costed at around €200m by 2026.

However, at the recent ASTI conference, Minister for Education Joe McHugh accepted there was unfinished business for new entrants, and pledged that their plight would be given "full consideration" in any future negotiations.

The minister appeared to be holding out the prospect of additional measures - which would again suggest additional cost.

However, he did not indicate any time frame for talks, and perhaps more to the point, neither did the Department of Public Expenditure and Reform, which oversees public sector pay.

And then there is the Defence Forces. The pay and conditions of members are currently being assessed by the Public Service Pay Commission. What are the odds there won't be something for them?

But all of that involves cash. Coming onto the agenda now are those controversial non-pay measures.

Now the largest public service union Fórsa has launched its broadside, seeking abolition of those 15 million extra unpaid hours per year demanded during the economic crisis. 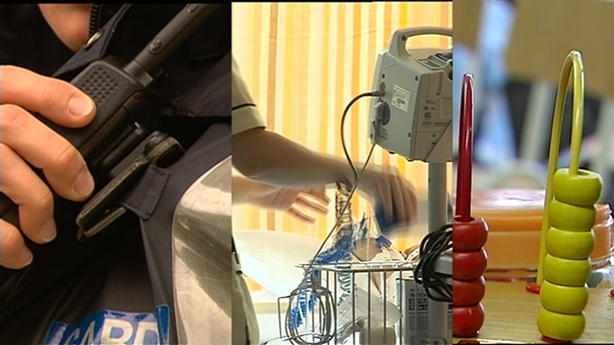 He acknowledges they were introduced in "torrid" times, but says they now don't chime with policies on work-life balance.

Mr Callinan is expected to outline that position to delegates at the Fórsa Civil Service and Local Government division conferences this week in Kilkenny. They in turn will almost certainly back motions endorsing that policy.

However, the Government is likely to strongly resist any pressure to abolish those productivity measures.

A 2017 report estimated that replacing the hours would mean recruiting 11,652 full-time staff (challenging in the current tight labour market) and add around €621m to the State pay bill.

Sick leave reforms have generated savings of €167m since 2013.

As for pensions, the Department of Public Expenditure and Reform says that 118,000 of the State's workforce is now in the less generous single scheme, which is expected to cut the pensions bill for public servants by up to 35% over the longer term.

There's no disputing that government employees made sacrifices that contributed to balancing the State's books and getting the economy back on track. Many point to pay increases of between 2-3% a year in the private sector.

But observers are watching and waiting to see how the Government will get a grip on the pay bush fires that are breaking out across the public service.

At a time when it is facing dramatic cost overruns on the National Broadband Plan and the National Children's Hospital - not to mention the Brexit risk - slippage on control of public sector pay is the last thing the Government needs.

Majority of staff in contact centres working from home