It's nothing short of mortifying really.

Here we are, schlepping around the place in diesel cars, drinking takeaway coffees in non-recyclable cups, jumping on the rubbish in the black bin to squash more into it and then a 16-year-old from Sweden calls us out.

"You say you love your children above all else," said Greta Thunberg, "and yet you are stealing their future in front of their very eyes".

And she's right, we are, most of us, plundering our way through life without a thought for the damage that we are leaving behind.

Greta started the Schools Strike for Climate Change which saw thousands of schoolchildren here last Friday putting the adult population to further shame by waving placards and demanding that we start taking action on climate change. 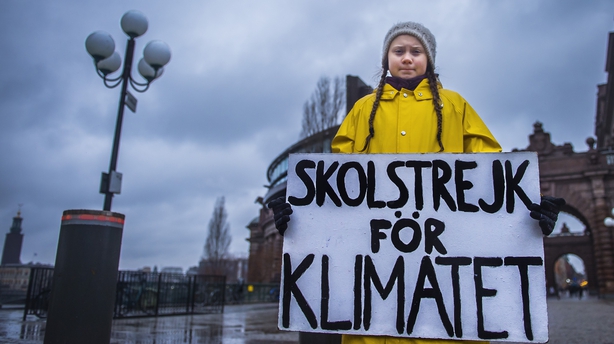 My father said to me recently that I was making the person who came up with the idea of coffee in a disposable cup very rich and I realised, to my shame, that he too is right.

He never bought a takeaway coffee in his life. A hot drink came in proper cup or in a flask and that served him well for his entire life.

Now, according to figures released last year, we use 22,000 disposable cups in Ireland every hour.

I had to check that figure a couple of times - it's over half million cups a day and was calculated by the people at Recycling List Ireland, funded by the Government.

22,000 disposable cups every hour - most of which are unrecyclable and ultimately dumped into landfill.

It's nothing short of disgusting and many of us are culpable for this avoidable, wanton, lazy waste.

By the way, it might seem like I'm shouting at you here and I'm not - I'm actually shouting at myself.

I am typing at my desk with a reusable cup in front of me, gathering dust because I'm too lazy to extract it from the pile of paperclips that have taken up residence on the lid.

I am among the worst offenders because I know the facts and yet my own behaviour is slow to change.

Drinking from plastic bottles is something that we have also become very adept at.

But that's not how we were reared.

Imagine drinking water from a plastic bottle in the 80s? You can't, because you didn't.

Then, someone with a product to sell, said that this was the right thing to do and we all bought into it.

The BBC helpfully told us this week that it equates in size and volume to 15,000 blue whales. That's mostly getting dumped too. 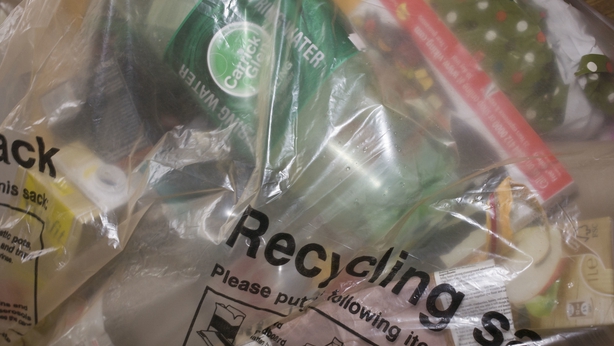 Are you feeling the shame yet?

I was driving through my local town when the school strike was on on Friday - a steady stream of schoolchildren and their teachers marched along with homemade banners proclaiming that there is no 'Planet 2' and pleading for us, the supposed grown-ups to take action.

And I felt a mixture of pride in them and the shame again that we have been so lacking in our willingness to tackle climate change.

But those emotions are worthless, Greta Thonberg wants us to panic.

She reminds us this week that her movement is simply uniting young people behind the facts presented to us time and time again by science.

The Intergovernmental Panel on Climate Change told us clearly this year that we have to take radical action now to prevent global warming going beyond 1.5 degrees, if not, the impact on our planet and our lives will be devastating.

She and the others in Greta's movement, don't need our shame or hope or pride, they need us to act, as she says, like our house is burning down, this is the generation that finally see the flames.

Should we stop wrapping our Christmas presents?