As the campaign ends Ailbhe Conneely, who covered both the repeal and retain groups, looks back at how the battle for votes was fought.

Together for Yes held a final press conference at its headquarters on Upper Mount Street in Dublin on Sunday 27 May.

Unsurprisingly, its co-directors urged the Government to move quickly in implementing new abortion legislation in Ireland. 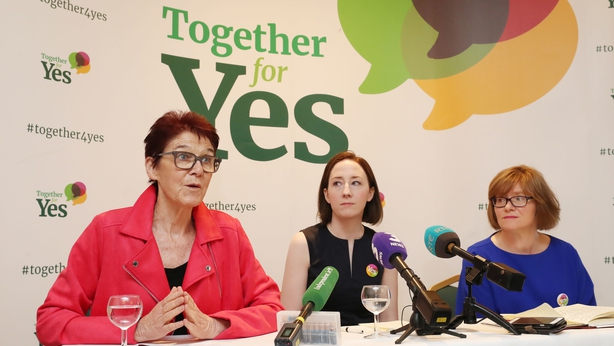 This week, staff and volunteers will pack their belongings and say goodbye to number 14, which they called HQ for the past number of months. Discarded finger nails bitten from anxious hands will be hoovered up, removing any evidence of nerves during the campaign.

Following such an overwhelming Yes vote, Together for Yes is satisfied with its decision to stick with the strategy with which it began; but many, outside of the Mount Street fold, questioned its initial direction.

Numerous factors meant the Yes side got off to a rocky start.

First, the rapid erection of posters by the No side as soon as the referendum was called was done in a quick and organised manner. Added to that, their message that a UK-style abortion regime would be introduced here if people voted Yes, led to huge discussion on the airwaves and on social media. 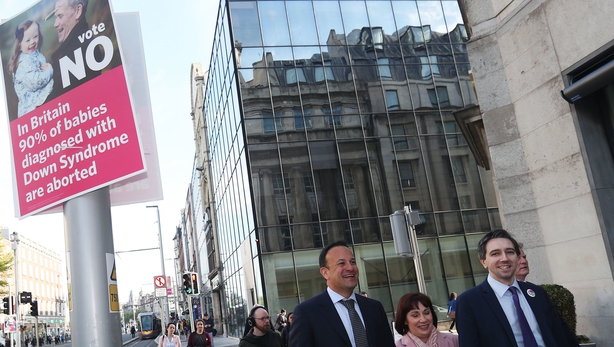 Despite highlighting the dangers of abortion and how the Eighth affects rape victims, Together for Yes was not getting the same traction.

The shocking nature of the No posters remained a talking point and six weeks out from Referendum Day, the campaign team in Mount Street was worried.

Concern lifted slightly when indications of a silent support among the wider public became evident, following the launch of its crowd funding initiative in April. In four hours it raised €110,000, and by the end of the day that figure had risen to €322,000. It was a welcome boost.

The No side didn’t need a crowdfunding initiative or a boost. They were on track since January, according to Save the Eighth, and had reached €400,000 by early April, while the opposition played catch up.

At this stage of the campaign the No side was running a well-oiled machine. There was no press officer in the middle fielding the calls, journalists were urged to field queries straight to the top resulting in Cora Sherlock of the LoveBoth campaign and John McGuirk of Save the Eighth answering questions swiftly.

It proved more difficult for the Yes side because there was one media relations officer for the entire campaign.

Amy Rose Harte had the unenviable task of dealing with the media alone for a bigger umbrella organisation.

The initial weeks of news conferences proved a nightmare for journalists on the campaign trail trying to plan.

Both campaigns kept their cards close to their chest for fear they'd be gazumped by the other, so it was difficult to find out the subject matter around which their press briefings would be based not to mention the time and venue.

On the day Amnesty International Ireland launched its poster campaign with the Minister for Health for example, Save the Eighth put out a last-minute notice that it was holding a news conference an hour before, making it very difficult for reporters to be in two places at one time. 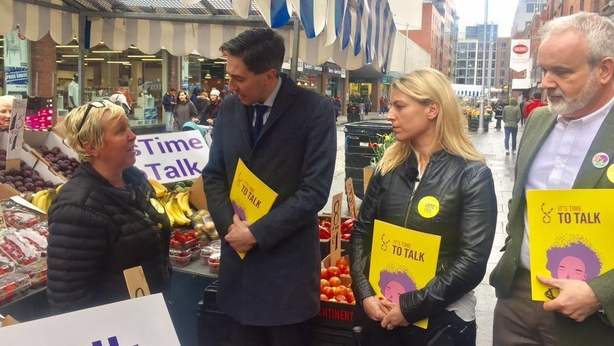 John McGuirk of Save the Eighth could whip up a news conference quicker than you could say John McGuirk. 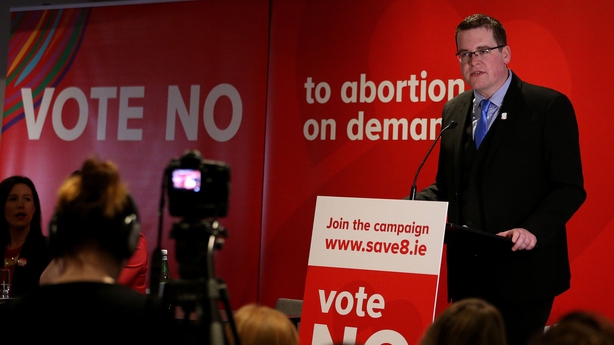 Like any election, both sides fell into a pattern as did the journalists covering the campaign; traipsing between two or three venues before the lunchtime deadline. These conferences were usually in Buswells Hotel opposite the Dáil or in the Alex Hotel, down the road from Government Buildings. There were further press conferences after lunch in the same venues; which made thousands of euro out of the campaign from meeting rooms alone.

Two weeks ago, a campaign group was listed in one hotel for a second media event during the campaign, but when I made a phone call querying what was taking place, the person on the other end of the line had forgotten it was reserved. There was no event, they had forgotten, such was the level of block booking.

As the campaign wore on politicians stood aside for the campaigns to address the medical and legal implications of removing the Eighth Amendment. Doctors for yes, doctors for no; midwives for yes, midwives for no, psychiatrists for yes and no; lawyers for choice; lawyers who did not like to be called "lawyers for no" but who were not in favour of repeal, outlined their arguments in relation to repeal or retain. 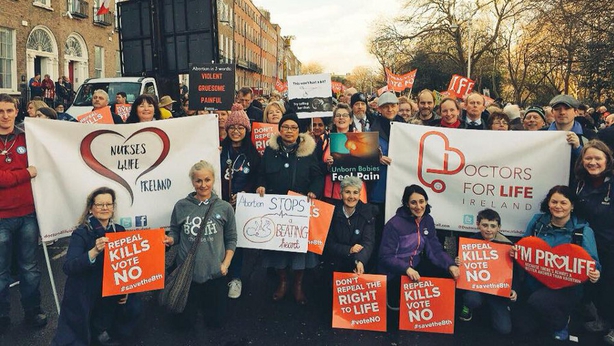 Personal stories became central to the debate. More women and men on both sides, spoke of their experiences and how they believe the eighth amendment affected their lives positively or negatively.

The television debates were significant and nerve wracking for both campaigns. The Late Late Show format was controlled and highly managed, therefore they all came away feeling satisfied.

The Yes side was hugely disappointed by the Claire Byrne Live programme, but there was also an underlying feeling that the worst was out of the way and they could move on from it. The No side was happy with that programme particularly with the performance of Maria Steen.

While both sides wanted star performers fronting their campaigns, particularly the debates, the Yes side did so to an unvarying degree.

For example, the Institute of Obstetricians and Gynaecologists head Peter Boylan was the Together for Yes high-profile advocate for the initial part of the campaign, until he looked absolutely exhausted on the Claire Byrne show. So, the Sinn Fein Leader Mary Lou McDonald was handed the mantle, having proven her worth against Maria Steen on Claire Byrne Live. 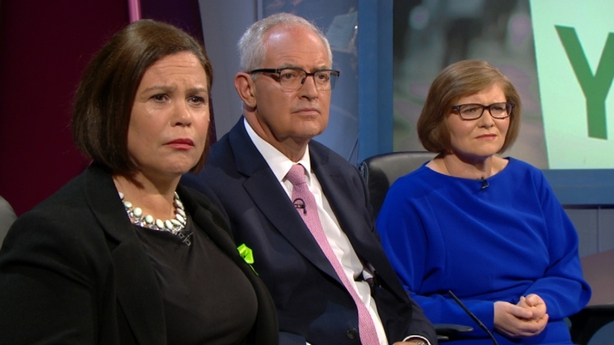 This resulted in the Sinn Fein Leader attending and speaking at around three press events in the week following that debate. There were no half measures once the Yes side once it put its finger on the person they viewed as their strongest messenger. They just wheeled that person out again and again and again.

The No side made similar moves with its star performer the Iona Institute's Maria Steen who proved a solid debater against Deputy Mary Lou McDonald. Steen's appearance on Claire Byrne Live was followed by a number of radio and media interviews and then a final push for her to appear on the Prime Time debate instead of Cora Sherlock. 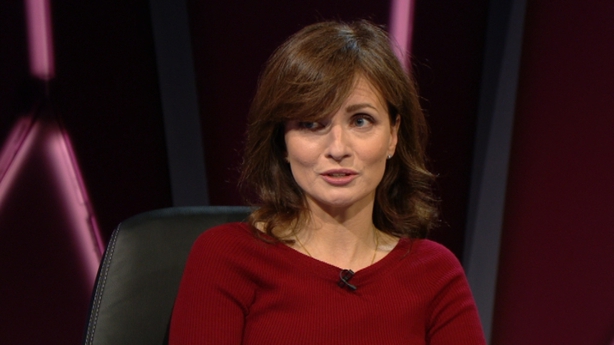 It was at this point it became clear the machine on the No side was beginning to run out of oil. Calls straight to the top proved more difficult as media demands became more pressing ahead of moratorium.

Save the Eighth's John McGuirk always called back, but the LoveBoth campaign was flailing. Cora Sherlock was lying low after the Prime Time row and Geraldine Martin who had generally been behind the scenes was put forward to speak at the press conferences during the final week. Arguably she should have been brought forward sooner to share the load with Sherlock. 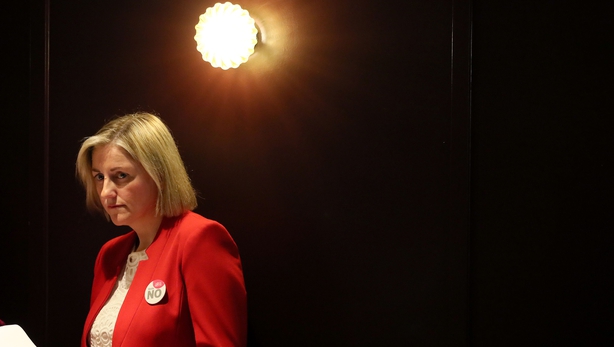 Meanwhile, having delegated some of her work to colleagues, the Together for Yes Media Relations Officer Amy Rose Harte had matters in hand. The only thing she had to contend with was journalists moaning about early morning news conferences. The tables had turned in six weeks.

It's safe to say that neither side predicted the overwhelming result on Saturday. The extent of the majority means the No campaign is unlikely to challenge the result. 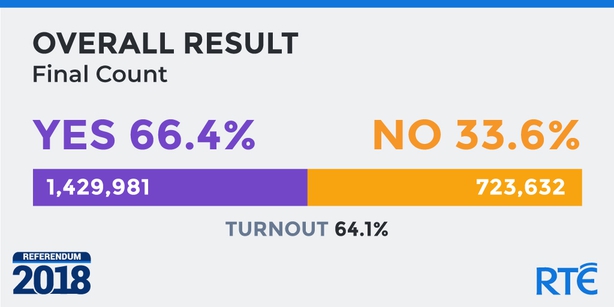 The work of Together for Yes is complete.

It's now their turn to fade into the background as the spotlight moves the short distance from Upper Mount Street to the Dáil, where all eyes will be on the next phase, the legislation.