It saw Ernest Bewley open his Grafton Street café in Dublin, the death of Constance Markievicz, and the birth of Val Doonican.

The Free State constitution still obliged TDs and Senators to swear an oath of allegiance to the crown before taking their seats in parliament. Dublin were the All-Ireland hurling champions.

It was also the year that saw the enactment of the Intoxicating Liquor Act, which obliged pubs to close on Good Friday.

While Christmas Day remains sacred, the ban on pubs opening on St Patrick’s Day came to an end in the 1960s.

Today, TDs and Senators have called time on the Good Friday ban and pubs are set to open for the sale of alcohol for the first time since the law was enacted 91 years ago.

Of course it was always possible to get a drink on Good Friday if you so desired.

Exemptions existed for members of the public in licensed premises when they were travelling by rail, ferry or air.

Railway station bars became popular, allowing alcohol to be served once you had a train ticket showing you were travelling outside of the county.

But Holy Thursday was typically one of the busiest days of the year in off-licences as people stocked up for the following day.

In recent years, there have been several attempts to change the law prohibiting the sale of alcohol on Good Friday.

Publicans such as Charlie Chawke in Dublin chose to open their premises for the sale of food, but served no beer.

Exemptions were also sought for sports fans during big events, such as Munster v Leinster in 2010, but the ban remained on the statute books. 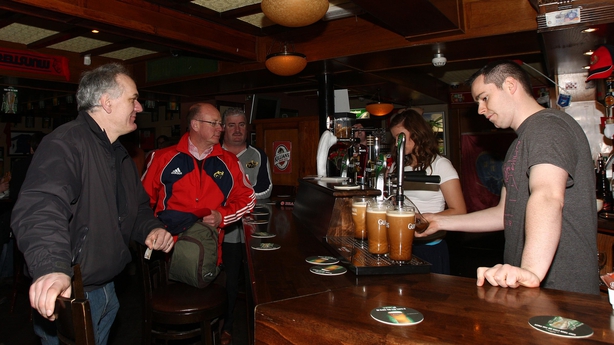 For some, such as Fine Gael’s Joe O’Reilly, the ban was "part of our cultural identity", for others like Sinn Féin’s Donnchadh O’Laoghaire it was an anomaly that had no place in modern Ireland.

Today, the Dáil debate on the issue was short.

The substantive debate had already taken place in the Seanad, where independent Senators had proposed this change in the law.

When it reached the Dáil, Minister of State David Stanton said the Government supported the change, which would help tourism on Easter weekend.

It also reflected the "reduction in traditional religious practice" seen in this country, he said.

But there was criticism from some TDs that the Dáil was focused on removing this ban when Ireland clearly has an unhealthy relationship with alcohol.

Independent TD Maureen O’Sullivan suggested we could do with "a few Good Fridays throughout the year".

The Government has insisted that its Public Health Alcohol Bill, which seeks to impose minimum unit pricing on alcohol will come before TDs in the coming weeks.

But today, said Minister Stanton, was about removing a law that was "unsuited to a modern society".

With those words, the 91-year ban was consigned to the past, giving way to a quiet cultural change, and an end to the days of secret knocks on the back doors of pubs.

Redress scheme was delayed due to election and Covid-19 - Varadkar

Elation then disappointment - Lessons from China on exiting lockdown