The new legal term begins today, with a number of high-profile cases due back before the courts.

The new term will be opened following religious services, attended by senior members of Government and the judiciary.

When proceedings in court begin afterwards, one of the first up will be former chief operations officer of Anglo Irish Bank Tiernan O'Mahoney, who is due to go on trial in the Circuit Criminal Court, charged with conspiring to conceal certain accounts from the revenue commissioners.

There's certain to be a lot of interest in other matters expected to be heard in the same court later in the day.
There is likely to be a large group of supporters outside court, and a vocal following on social media, for the proceedings in court 19 at 2pm.

The State is due to formally abandon the prosecution of the remaining defendants facing charges relating to the water protests in Jobstown in Tallaght three years ago. 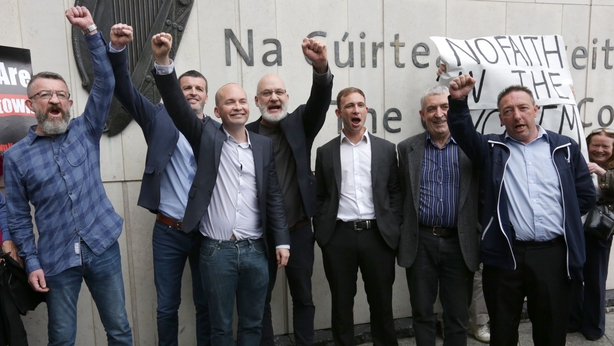 Earlier this year, Solidarity TD Paul Murphy and five others were acquitted of falsely imprisoning former tánaiste Joan Burton and her adviser Karen O'Connell after they attended a graduation ceremony at An Cosán Education Centre in November 2014.

Charges against another man were withdrawn during the trial.

Two more groups of defendants were due to go on trial in connection with the protests.

However solicitors for the defendants have received letters from the DPP's office, saying the charges are to be withdrawn.

This is expected to be done officially in court after 2pm.

The Children's Court has already found that there was enough evidence to convict a young man who was 15 at the time of the protests, of false imprisonment: his lawyers have said that decision is being appealed.

Solicitor Michael Finucane, who is representing some of the defendants, has said he hopes the final trip to court will be a "low key" occasion, ending with a "quiet withdrawal instead of a bang".

But it will be surprising if there is not a considerable amount of reaction to the proceedings from Mr Murphy and others, in court and elsewhere.

Among other cases due to be heard by the Circuit Criminal Court in the coming weeks, former Irish Times sports journalist Tom Humphries is to be sentenced for the sexual exploitation and defilement of a child.

He pleaded guilty to six charges in March but full details of the case have yet to be heard in court.

At the end of October, the Circuit Criminal Court will sentence Garda Eve Doherty for conducting a campaign of harassment against a solicitor in the DPP's office.

Gda Doherty was found guilty by a jury of harassing the solicitor, who is her partner's former wife.

The appeal court is also dealing with a number of interesting cases this term. 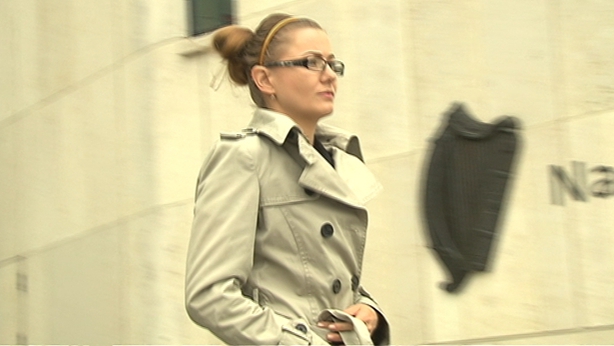 It is due to issue a judgment next week in the case of Marta Herda, who was convicted of murdering a man who loved her, by driving him into the sea at Arklow Harbour.

The trial heard she knew her co-worker, 31-year-old Hungarian man Csaba Orsos, could not swim.

Later in the month, the court will hear an appeal against the severity of a sentence in a manslaughter case.

Dave Mahon was convicted of killing his partner's 23-year-old son Dean Fitzpatrick in March 2013 and sentenced to seven years in jail.

In the High Court, the long-awaited decision in the judicial review proceedings taken over Apple's plans to build a data centre close to Athenry in Co Galway, is now expected on 12 October.

The €850m development has been at a standstill pending the court's decision.

The court is also due to give an important decision during the week on the Data Protection Commissioner's case over the validity of European Commission approved channels for data transfers between the EU and the US.

The commissioner wants the court to refer the matter to the Court of Justice of the EU.

The case arises from a complaint by Austrian lawyer Max Schrems, who alleged his data privacy rights were breached by transfer of his personal data by Facebook's European headquarters in Ireland to its US parent. 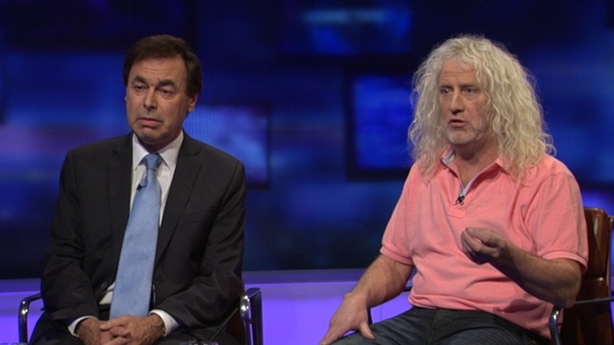 In another case featuring the Data Protection Commissioner, the court is due to rule on former minister for justice Alan Shatter's challenge to the DPC's decision that he breached data protection legislation in his comments about independent TD Mick Wallace on RTÉ's Prime Time. No date has yet been set for that decision.

There is no date either for an action being taken by the family of a young woman whose pregnancy became the subject of court proceedings at Christmas 2014 after she had suffered a catastrophic brain injury and had been declared brain-dead.

The woman's father has lodged high court proceedings against the Health Service Executive.

One of the most high-profile cases expected to be heard by the court has been scheduled for next year.
Graham Dwyer's case against the State and garda authorities over mobile phone data is due to start next February.

The outcome of the case will have a bearing on his appeal against his conviction for the murder of Elaine O'Hara in one of the most unusual and shocking cases ever heard in the criminal courts.

The Court of Appeal has a number of interesting cases in the offing. 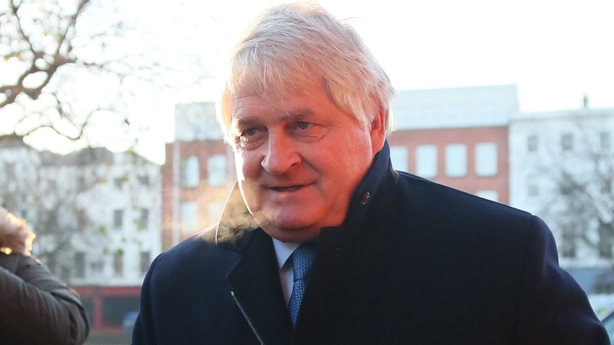 A date has to be fixed for Denis O'Brien's challenge to the rejection of his case against the Dáil and the State over statements made by two TDs in the Dáil about his financial affairs.

Former Rehab boss Angela Kerins' case against the Dáil's Public Accounts Committee, covering many of the same issues, is leapfrogging straight to the Supreme Court but no date has yet been set.

Mr O'Brien's case against PR and lobbying fir, Red Flag over an alleged conspiracy to defame him, is also continuing.

Later this week, the court will deal with the issue of costs in the Ian Bailey case.

The Appeal Court rejected most, but not all, of his appeal against  the High Court's verdict in his action against gardaí and the State.

Next week, the court will hear Michael Lowry's appeal against the High Court's rejection of his challenge to the Moriarty Tribunal's decision to refuse him most of his legal costs.

In December, the events of 1916 return to the Four Courts when the Minister for Culture, Heritage and the Gaeltacht's appeal against the High Court's ruling that certain sites around Moore Street are a national monument is heard.

There are interesting times ahead in the Supreme Court. 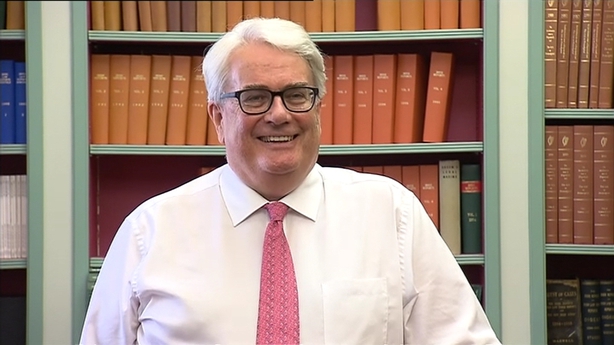 Mr Justice Frank Clarke's live radio interview on RTÉ Radio 1 at the weekend was a first for a serving Chief Justice.

His mantra that "you can't complain if you don't explain", seems to herald a new era of openness for the court, and builds on the positive attitude towards such engagement already fostered by his predecessor.

It will be interesting to see if developments such as having television cameras in court follow quickly.

Legal observers would like to see some movement on their long-held bugbear about documents opened in court being made more readily and easily available to the media and other interested parties.

Among the cases the court is due to hear are an appeal by senior counsel Sean Guerin against the Court of Appeal's decision in favour of Mr Shatter over the 2014 report relating to the former justice minister's handling of complaints by garda whistleblower Maurice McCabe.

At the end of next month, the State must outline to the court what it is going to do about the right to work for asylum seekers following the ruling last May that the absolute ban on asylum seekers looking for work is unconstitutional "in principle".

The court is also due to hear an appeal by former councillor Fred Forsey over the dismissal of his appeal against his conviction on corruption charges.

Catherine Nevin, convicted of the murder of her husband Tom, has also appealed over whether her murder conviction can be used in disinheritance proceedings by her husband's relatives.

Tributes paid to Justice Frank Clarke on his retirement