This is important in understanding one of the key factors behind the publication of the British government's position paper on "Future Customs Arrangements".

And that factor is time.

Once British Prime Minister Theresa May started the Article 50 process back in March, time became the chief enemy of the British state. About the only thing anyone is clear about as things stand, is that the UK will leave the EU on 29 March 2019. Before that happens, a separation agreement has to be reached.

The EU chief negotiator, Michel Barnier, wants to try and get all the negotiations on this agreement wrapped up by October 2018, which would allow roughly six months for ratifications.

This means there are now about 13 and a half months left to negotiate a separation agreement.

Which is tricky for anyone trying to run a business. Especially a regulated entity, such as a bank or insurance company.

The Bank of England Governor, Mark Carney said a couple of weeks ago that regulated entities needed 18 months to make their Brexit related decisions about relocating some or all or their business.

And eighteen months is longer than the time left to negotiate a Brexit separation agreement.

So time is the enemy. Its inexorable march also has implications for the British customs regime. 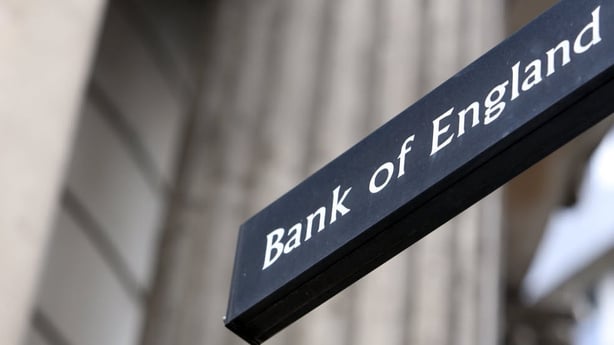 It is all well and good to talk about no deal being better than a bad deal, or to state, as today’s document does, that the UK will leave the EU Customs Union in 2019. But the practical implication of that is that the UK must have a new customs regime – and the systems to back it up – in place for 29 March 2019. 591 days time.

That is 591 days to design a new customs regime, secure international (not just EU) agreement on it, hire the staff needed, select – and in some cases invent – the technology necessary to implement the design, procure the technology, commission the technology, build the physical infrastructure (including truck parks at ports and border crossings), and legislate the new regime into existence.

591 days and counting down.

Just legislating for a new customs regime will be tricky.

Today's position paper tells us the British government will bring forward a customs bill in the autumn. This will be accompanied by a white paper, which should give us a lot more detail on what they are planning.

The customs law (needed because customs is almost exclusively an EU competence, and the UK does not have a sufficient legal base for a standalone customs regime), will have to be supported by changes to UK legislation on VAT and excise regimes.

That is a hefty chunk of parliamentary time in the best of circumstances, without a clock ticking loudly in the background, forcing the pace (and rushed law is usually bad law, according to most seasoned parliamentarians). 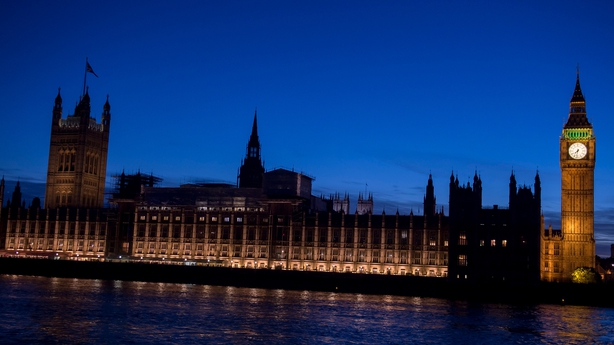 But the fall back position is needed as part of the threats the UK is using in this Brexit negotiation.

Here is what today's paper says about the new powers the Customs Bill will give the British government to make its own rules and apply them to the rest of us:

"In this scenario, without any further facilitations or agreements, the UK would treat trade with the EU as it currently treats trade with non-EU countries. Customs duty and import VAT would be due on EU imports. Traders would need to be registered.

"Traders exporting to the EU would have to submit an export declaration, and certain goods may require an export licence. The EU would also apply the customs rules and VAT to imports from the UK that it applies to non-EU countries. The Government is actively considering ways in which to mitigate the impacts of such a scenario. Other EU Member States will also need to make contingency preparations to mitigate the risk of delays resulting from their own customs processes."

In other words, you Irish/French/Belgians/Dutch better get on with making your own preparations for a hard border, or face the consequences from your own disgruntled business community. And that is going to cost money.

It is going to cost us money. Even though we do not want it, and did not vote for it. But they insist we pay for it.

Once again, the nastiness surfaces … 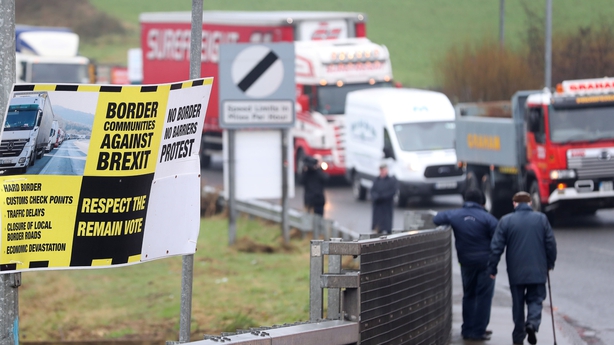 To avoid such unpleasantness, the British are suggesting two different routes to a new customs arrangement with the EU.

One relies on a "streamlined" version of a hard customs border, using lots of technology. It admits this is untried and untested (and in some cases non-existent). If it all worked, it would ease the queues at border crossings considerably, and there is much to be said for using as much IT as possible in the whole customs/excise/VAT trade flow as possible anyway.

But the paper clearly states "there will remain an increase in administration compared with being inside the EU Customs Union".

You can "streamline" all you like, the fact is Brexit will double the amount of red tape and bureaucracy involved in trading with the UK.

The other route today's paper proposes is a "new customs partnership" with the EU, which would "align" the two customs regimes so closely that there is no need for an actual customs border between the UK and the EU.

This is particularly good for getting around the problem of the Northern Ireland border. The only snag is, it won't work.

Not in the form the UK is suggesting, which is that the UK would "mirror" EU customs law for goods that would come into the UK and then go on to the EU.

But a different regime would apply to goods destined only for the UK market.

This is tricky enough to implement among honest and noble businesses and traders, but the flip side of the customs coin is smugglers. Criminals infest all border regimes, because there is money to be made.

This UK proposal would open a gigantic hole in the EU customs defences, creating a massive incentive for customs, excise and VAT criminals to exploit the differences between the EU and UK regimes. It is very rare for governments to propose facilitating revenue loss on such a grand scale.

The British paper admits this approach is "unprecedented" and would be "challenging" to implement. Indeed.

Here is what the paper says about trying to manage such a system in practice:

"There would need to be a robust enforcement mechanism that ensured goods which had not complied with the EU's trade policy stayed in the UK. This could involve, for instance, a tracking mechanism, where imports to the UK were tracked until they reached an end user, or a repayment mechanism, where imports to the UK paid whichever was the higher of the UK's or the EU's tariff rates and traders claimed a refund for the difference between the two rates when the goods were sold to an end user in the country charging lower tariffs.

"Businesses in supply chains would need to be able to track goods or pass the ability to claim a repayment along their supply chain in order to benefit".

Is frictionless the first word that springs to mind reading that? How about gangsters paradise? I know its two words, but get used to it - everything is being doubled up by Brexit.

One piece of good news for Irish exporters in the paper is an indication that Britain will look to membership of the Common Transit Convention, which would mean goods would not have to complete a new customs declaration every time they cross a new border (for example, Holyhead and Dover).

The British will also publish a Trade Bill in the autumn, and it too will be accompanies by a White Paper. This will also eat into Parliamentary time.

And that time is further eroded by the Repeal Bill, the legal action needed to ensure legal continuity after the UK leaves the EU by transforming all EU law into UK law (it is similar to the Minsters and Secretaries Act, the first law introduced by the Oireachtas after independence).

The time pressure means the case for a transitional agreement is overwhelming.

But the hard Brexiteers appear to want out at all costs.

Liam Fox, the Trade Secretary, wants above all else to sign new trade deals, but cannot do so until the UK leaves the EU.

Philip Hammond, Chancellor of the Exchequer wants a "soft Brexit" because he is worried about the very damaging effects on the British economy a hard will have.

The political battle between these two cabinet ministers reflects a split in the UK establishment over which direction policy should take. 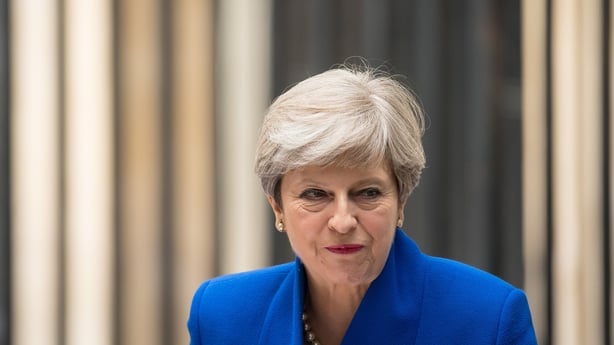 And Mrs May has been so weakened by a dreadful election result that she lacks the authority to impose direction on her ministers.

It is telling that on the day the Department for Exiting the EU publishes its first position paper, former Ukip leader Nigel Farage was making himself available to every live television broadcast in Britain (after a quiet period of several months), and the Leave EU campaign funder Aaron Banks started a new campaign to have Mr Hammond removed as an MP (not just a minister), working in Mr Hammond’s own constituency.

The nasty is not just for foreigners ...

The split in the cabinet is reflected in a policy paper that is trying to promote two different directions of travel. However, it may also offer a way out of sorts.

Today's document is a discussion paper, designed for consultation with business and industrial groups (including foreigners, who have not been shy about making proposals to Department for Exiting the EU in the past few months).

That consultation process may be the reality check the British government needs to settle this cabinet dispute.

It may well be British business that gets to decide if ideology of pragmatism gains the upper hand in guiding UK policy as it leaves the EU.