Britain's proposals for its future customs relationship with the European Union are "a fantasy", the European Parliament's Brexit coordinator Guy Verhofstadt has said.

Britain said it wants an interim customs agreement with the EU after Brexit to allow the freest possible trade of goods, but that it will also seek the right to negotiate other trade deals.

Prime Minister Theresa May is seeking to move Brexit negotiations on to the issue of Britain's future EU relationship, but the bloc has said it must first resolve divorce issues, including citizens rights and the exit bill.

"To be in and out of the Customs Union & "invisible borders" is a fantasy. First need to secure citizens rights & a financial settlement," Mr Verhofstadt said on Twitter.

British Brexit Secretary David Davis has refused to rule out making payments to the EU for temporary customs arrangements after leaving the EU.

In a series of interviews, Mr Davis failed to rule out whether the UK would have to pay for the temporary customs deal, which he said would last "something like two years".

He also suggested the temporary arrangements could allow Britain to negotiate trade deals with other countries for when it leaves, as current rules bar members of the EU customs union from making their own deals outside the bloc.

The proposals for new customs arrangements to allow trade with the EU are being outlined in the first of a series of "future partnership papers" being released by the government.

One option being put forward by Mr Davis for new arrangements would see the UK manage a new customs border with administration streamlined to the "fullest extent possible".

He will also float plans for a customs partnership with the EU which would negate the need for a customs border between the UK and the rest of the bloc.

Seems UK gov is back to its daft 'have cake and eat it' approach to #Brexit. They should commit to staying in single market and CU, period.

Mr Davis also said EU chief Brexit negotiator Michel Barnier is getting "quite cross" over the Brexit bill that he thinks Britain should pay, but that an agreement would be eventually made. 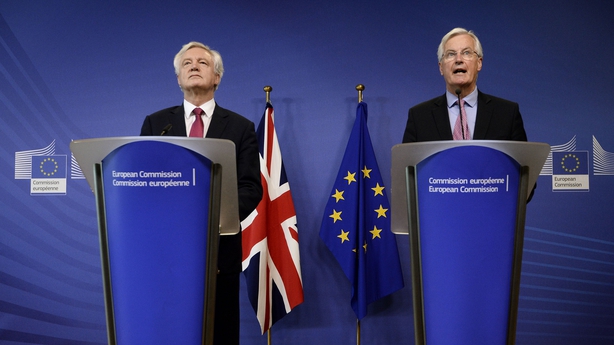 "We're going to have a long haggle," Mr Davis told LBC radio. "Michel is getting quite cross with us. He's saying 'you should make your proposal'.

"It's going to be quite tough and difficult. But we aren't going to be ending up paying the 10 billion a year which is what we pay now. We're going to sort this out."

The quicker #UK & EU27 agree on citizens, settling accounts and #Ireland, the quicker we can discuss customs & future relationship.

Read: What is the Brexit divorce bill?

Brussels has so far refused to start trade talks until broad agreement is reached on three key issues.

They include Britain's financial settlement with Europe, the issue of expatriate rights, and the question of the Irish border.

Officials in London believe the border is inextricably linked to the customs issue and after Brexit, the Irish border will be Britain's only land border with the EU. 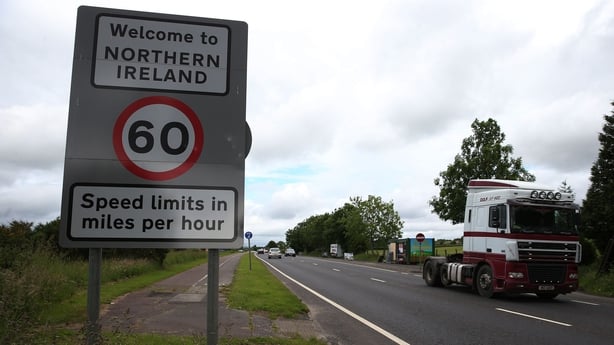 The European Commission has said it would "carefully" study Britain's proposal on setting up an interim customs agreement with the EU, but would only address the post-Brexit relationship once sufficient progress had been made on the divorce.

"We see the UK's publication of a series of position papers as a positive step towards now really starting phase one of the negotiations. The clock is ticking and this will allow us to make progress," a spokesman for the commission said.

In a statement, the Government welcomed "indications that the UK is providing more clarity on its thinking, as called for by" Taoiseach Leo Varadkar and Minister for Foreign Affairs Simon Coveney.

It said the UK's position paper on future EU-UK customs arrangements "will be analysed in detail", adding that the paper is directed at the EU as a whole and will need careful consideration by the commission and all 27 EU member states.

The Government said the "immediate focus for the coming rounds of negotiations remains on advancing the issues that have been identified by both the EU and the UK for Phase 1 of the negotiations, including citizens' rights, the financial settlement and the Irish specific issues".

It welcomed the UK's intention to publish a second position paper, focusing on Northern Ireland and Ireland specific issues, later this week.