Twenty years ago today something pretty astonishing happened in the world of computing and chess.

For the first time, a computer beat the reigning world chess champion.

IBM's Big Blue had the previous year been beaten by Gary Kasparov 3-1 under tournament conditions.

But in 1997 the device got its revenge, clocking up two wins to Kasparov's one, with the other three games drawn.

The victory was a landmark in computing power and, to an extent, in the development of artificial intelligence.

According to Professor Adam Winstanley from Maynooth University's Department of Computer Science, Deep Blue used a brute force trial-and-error method to look ahead up to 20 moves in the game, evaluating every possible outcome in order to choose the best strategy to adopt.

Sometimes, because of the pressure of time, these forecasts were better than others, and occasionally led the computer to make odd moves no experienced human player would make, Prof Winstanley said.

And so while the net effect was a machine that appeared to be able to think like a human, in reality Deep Blue was a very fast processing supercomputer that could crunch large volumes of permutations in a short space of time and make a decision on which was the best one.

Fast forward to today where we are living in an era when it seems there is something of an artificial intelligence revolution under way.

All sorts of technology are increasingly being marketed on the basis that it contains smart software, elements of artificial intelligence.

From smartphone, tablet and PC helpers like Apple's Siri, Microsoft's Cortana and Google's Assistant, to smart home devices like Amazon's Alexa driven Echo range and Google's Home, it seems like there is always a clever talking device just a roar away.

But this "artificial intelligence" is increasingly making its way into all sorts of other applications.

Last week the Convercon conference in Dublin focused on the use of artificial intelligence in customer interactions.

Like chatbots on platforms such as Twitter and Facebook Messenger, for example, that can respond to you in a way that makes you feel like you are talking to a human that cares, not lines of code that don't.

Many businesses are also using the technology to help living, breathing customer service agents to deal with customers more compassionately and effectively by guiding them through an issue resolution process.

The technology is also being incorporated into self-driving systems like the auto-pilot function in Tesla cars and will be crucial when it comes to reaching the goal of completely autonomous vehicles.

Around the home, thermostats for example, can now learn a family's behaviour and adapt the heating output to their needs automatically.

Companies like Amazon use predictive analytic technologies to gain incredible insight into customer behaviour in a way that delivers measurable sales increases.

The technology is even being used to analyse music and movies so that it can figure out what tunes and films are most likely to appeal to a particular listener or viewer.

It all sounds very clever indeed - even intelligent you might think.

But experts say this isn't true artificial intelligence - not by a long shot.

That's because most of these types of systems work off pre-defined algorithms and large data sets.

They don't, in most cases, actually think for themselves.

They don't make the same kind of deep neural leaps and connections that our brains make.

As Prof Winstanley puts it, they don't display the creative adaptable intelligence that humans exhibit.

And if you use these "artificial intelligence" systems, you soon realise this is the case.

Siri, Cortana, Assistant and Alexa can all be quickly and easily fooled and often are far from intelligent in their responses.

Chatbots are also of limited use outside of the clearly pre-defined limits or sandboxes of what they are supposed to be able to do and those that don't have such boundaries can easily be manipulated.

Last year, for example, Microsoft released a Twitter chatbot called Tay which had to be shut down within hours after mischievous users taught it racist and foul language.

In vehicles, self-driving technology does not yet have the intelligence to make a decision about which one of two pedestrians to hit if it can only avoid one.

Are Netflix, Amazon, Pandora, Apple Music and others really that good at predicting what will entertain you or what you would like to buy?

There are some really promising developments in the area though.

Google's DeepMind is making huge strides in the area of machine learning and deep neural networks - progress which saw its AlphaGo program beat the world champion of the ancient board game Go last year. 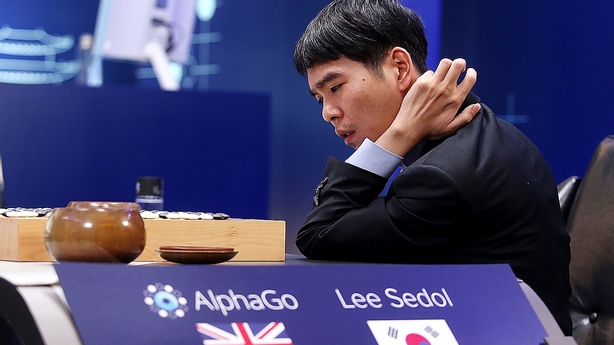 This was significant because Go has more potential play positions than atoms in the Universe, making it impossible to predict too far ahead, forcing the software to learn instead.

The arrival of quantum computing will in the future catapult this type of AI forward.

Quantum computers will hopefully soon be able to carry out vast numbers of calculations at lightning speed, leaving existing systems trailing in their dust.

Until then, however, let's not get carried away.

Yes, Deep Blue's win over Kasparov was a milestone which should be remembered and celebrated 20 years on.

Yes, we have come a long way since then.

And yes, AI will eventually change the world (or destroy it, but that's for another discussion).

But that day is still some way off.

Right now, in fact, I'd settle for Siri being able to spell my name correctly!