The facility is expected to generate almost €40m in exports for Ireland within three years.

The announcement was made by Minister for Agriculture Simon Coveney, who is in China on a five-day trade mission.

China’s top agriculture graduates will spend two months studying at Coolmore Stud in Tipperary as part of the project.

The project marks the first Chinese government involvement with an overseas joint venture in horse racing and breeding.

Mr Coveney said: "This initiative should facilitate the development of a major export market for horses from Ireland and has the potential to provide a range of business opportunities for companies and individuals in Ireland who can bring a wide range of expertise to the project."

The 127-strong delegation on the trade mission will take part in a series of events focused on trade and investment.

Over 50 Irish food and agri-services companies are taking part in the mission to identify potential market outlets for Irish produce.

Chief executives of leading Irish companies involved in the export of meats, dairy products, seafood and agri-tech products, as well as services to China, will accompany the minister.

The mission follows a trip to China by Taoiseach Enda Kenny last month, during which a strategic partnership for co-operation was established on a range of issues.

Minister Coveney will meet with his Chinese counterpart on Tuesday before all parties attend a trade reception in the Irish Embassy in Beijing.

The Ireland-China Food Network will be launched as part of the global diaspora network later in the week.

It is hoped the mission will secure lucrative contracts from Chinese firms. 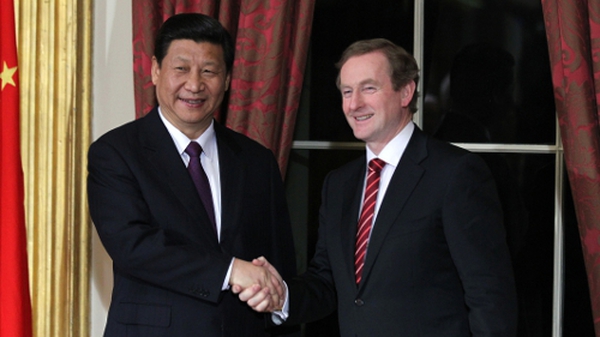