The Chinese Vice President Xi Jinping has extended an invitation to Taoiseach Enda Kenny to visit China in a speech at Dublin Castle.

While a formal invitation will follow, it is understood Mr Kenny is likely to go to China for the first time at the end of March.

Speaking prior to a dinner held in his honour this evening Mr Xi said solutions would outweigh challenges in the current economic crisis. He also said he admired how the Irish people had faced up and tackled their debt problems.

He stated China's commitment to Europe and the EU and reiterated that his government was considering more investment in The EFSF and the ESM.

Mr Kenny said the visit by Mr Xi came at an important stage in the development of relations between two countries that had a great deal in common.

“We both understand the need to reform and innovate as we move forward and just as China has transformed itself in its recent history, so too has Ireland.”

He said Ireland welcomed the opportunities in food and agriculture, in high technology research and in investment which a growing relationship with China presents.

During detailed talks earlier this evening the Government signed several trade agreements which are intended to make it easier for Irish firms to sell goods and services in China.

One agreement was on internationally traded services and the other will set up a joint investment promotion group with China to attract investment to Ireland. UCD President Hugh Brady signed an accord on education.

Earlier, Mr Xi attended an event at Croke Park in Dublin. His schedule there included being greeted by GAA President, Christy Cooney and a demonstration of Gaelic football and hurling.

This morning, he visited Lynch's dairy farm at Sixmilebridge in Co Clare. While there, he inspected the techniques used on the farm and had a newborn calf named after him. Mr Xi also paid a visit to the Cliffs of Moher.

Minister for Agriculture Simon Coveney said the visit would help with expanding dairy production in the next few years as quotas are abolished. 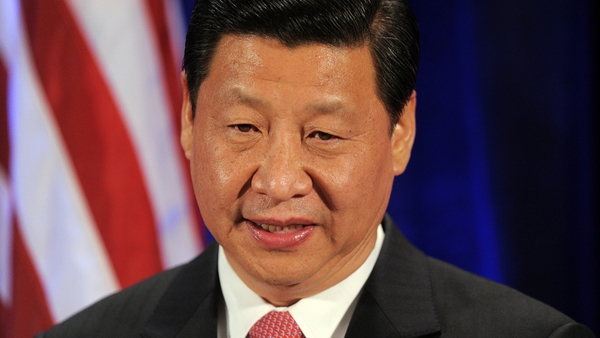