An independent review into the cancellation of 999 calls made to gardaí has found there were several incidents of "substantial shortcomings" in the handling of calls.

The final report found there were incidents where call takers "did not display sufficient skills or take sufficient time" to properly assess the vulnerability of callers.

The review commissioned by the Policing Authority, which was published today, was carried out by former Chief Inspector of Constabulary in Scotland Derek Penman.

More than 3,000 of the calls cancelled on the Computer Aided Dispatch (CAD) system related to domestic violence.

A series of findings and recommendations were made in Mr Penman's interim report, which was published last November.

As part of the second phase of the examination, the review team listened to recordings of 210 call samples "to assess the quality of the response given to callers."

They considered the consistency of tone and empathy with which victims were engaged, the patience and humanity of the response, and the impact of these qualities on the ability of the call taker to elicit critical information to guide a policing response.

The report said "several incidents were identified with substantial shortcomings in call handling".

"Although there was the potential for serious harm to victims due to such shortcomings, no actual harm was identified from the sample examined in the call listening phase," it said.

However, it found it is not possible to determine whether serious harm occurred in incidents where callers or potential victims were not identified.

The report said in such cases, there is "the potential that protection orders or Tusla referrals were not put in place, crimes were not reported or investigated, and some offenders were not brought to justice".

One example cited in the report, said "the call taker did not ask a caller for contact details and ended the call, even though the caller was at that time witnessing what they believed to be a serious sexual crime in progress".

"As the caller was not kept on the line, they could not provide potentially valuable information to the gardaí attending. Nor could they be re-contacted to provide further information," it added.

In another case, a caller reported being the victim of domestic abuse but then called back to cancel the gardaí attending.

The report said while it is not uncommon for the victims of Domestic Violence Sexual Assault (DVSA) to call back on the 999 system to advise that Gardaí are no longer required, the Garda Síochána DVSA policy is clear that such calls should not be cancelled, and that Gardaí must attend to assess vulnerability.

"As this incident was cancelled on the CAD system, gardaí did not attend, and the caller made a further 999 call four hours later reporting that they had been assaulted."

The report found there were also incidents where call takers "did not display sufficient skills or take sufficient time to properly assess the vulnerability of callers".

It said it was particularly an issue where communication was difficult due to language barriers, impairment, intoxication, medical condition or age.

An example was illustrated in the review involving a parent with children reporting a DVSA incident.

"This was handled by a call taker in an abrupt and non-empathetic manner. The call taker did not seek any information to assess the vulnerability or safety of the caller or her children," it said.

In another case, several calls were made by the same distressed person to the same control room on the same evening.

"These were handled by different call takers, recorded as separate incidents, and resulted in different responses."

The report found there were incidents where the information provided by callers was not accurately recorded.

"At times, this meant that Garda Síochána members were dispatched to the wrong locations, and callers could not be re-contacted."

The review found there was "very limited evidence of any supervisory checks over the CAD incidents" selected for the call sampling phase.

It said policies and procedures were in place that should have identified unwarranted cancelled incidents, which it said "would suggest that supervision, quality assurance checks and procedures for the performance management of individuals within regional control rooms and local stations were either not followed or not effective".

The report said the ageing CAD system in use across regional control rooms is "indicative of a chronic lack of investment" but it concluded that "the cancellation of calls requires a specific action on the part of a call handler in order to cancel a call and therefore the technology was not deemed to be a significant contributory factor".

It also said "the absence of call recording at local Garda stations is a serious vulnerability".

The report has recommended that An Garda Síochána should "conclude the CAD Review and cease any further retrospective analysis of incidents".

It also recommended that An Garda Síochána "concentrates its resources on improving the current call handling arrangements".

It said the Policing Authority should "shift its focus to seeking assurances" from the Commissioner and Garda Síochána in terms of the current quality of call handling, along with implementing a system under which there is "regular internal and external call listening and incidents audits".

The authority has described the closure of the CAD emergency calls as "invalid and unwarranted".

The Chairperson of the Policing Authority said it is "essential that the Garda Síochána addresses the underlying issues" identified in the report.

Bob Collins said the matters that need to be addressed include supervision, selection processes for specific roles, and performance management.

He said such a move is necessary to ensure that the public can continue to have the confidence that it needs to have in the 999 emergency call service and will be assured of receiving the quality of service it deserves from its policing service.

"The 999 emergency call service is a crucial public service that people, often the most vulnerable, rely on in moments of crisis," he added. 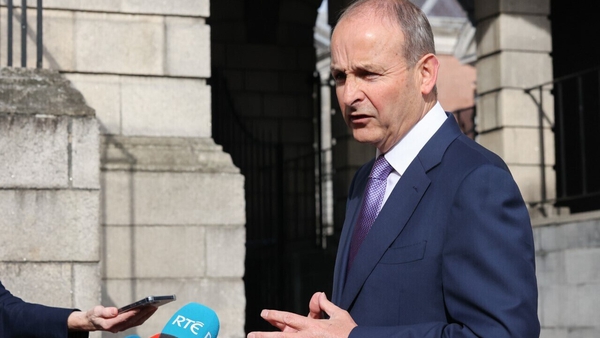