There has been a carefully calibrated European response to Liz Truss becoming the British prime minister.

French President Emmanuel Macron welcomed her to the company of European and world leaders. German Chancellor Olaf Scholz said he looked forward to working with her "in these challenging times", while Ursula von der Leyen's congratulatory tweet was qualified by a reminder that the new prime minister should show "full respect" for EU-UK treaties.

Of all the candidates who set out on the Tory leadership race, Truss was the least favoured in European capitals because she was so personally associated with the legislation to dismantle the Northern Ireland Protocol.

Maroš Šefčovič, her interlocutor in the negotiations, felt particularly betrayed by Truss over the Protocol Bill, since she had presented herself as a dealmaker when she took over the protocol brief from the hardline David Frost.

During the leadership campaign, Truss said the bill was her greatest political achievement; she also said it was not clear whether President Macron was a "friend or foe".

Exacerbating the animus felt towards Truss in Europe was a belief that she was instrumentalising the bill to further her own naked leadership ambitions.

But we are now in a coronation moment, and politicians know resets must be grasped where possible.

"Without being naive", says a senior Irish source, "it's in everybody's interests that an incoming prime minister is given time and space to adopt their position. We shouldn't prejudge what she's going to do just because of what she's done in the past. There's certainly an openness to engagement if that's the route she wants to go."

It will have been noted - anxiously, by unionists - that Truss did not mention Northern Ireland or the protocol in her acceptance speech on Monday.

There haven't been any meaningful conversations since February

Where do things currently stand?

In July 2021, the UK set out its desire to renegotiate the protocol through its Command Paper, following months of difficult relations with Brussels over how the protocol was being implemented.

The EU paused legal action and opened discussions last autumn to see if gaps between the Command Paper and the EU's position could be bridged, but within the framework of the protocol.

In October, the European Commission published four discussion papers on customs, agrifood checks, medicines and a greater role for Northern Ireland stakeholders, with the promise of significant reductions in costs and paperwork.

They didn't go far enough for the UK and the talks ground to a halt in February, just ahead of the Northern Ireland Assembly Elections.

In June, Truss introduced the Protocol Bill, and the DUP has said it won't return to Stormont until the bill becomes law.

The EU immediately opened two new infringement proceedings against the UK for non-compliance with the protocol, and a further four in July, meaning there are now seven pieces of legal action against the UK (including one from March 2021), and no real engagement for months.

"There haven't been any meaningful conversations since February," says one EU official. "Of course, there've been some technical exchanges here and there. But if you're talking about sitting down and trying to organise the situation, nothing."

So, resets aside, there is not a lot of optimism that a breakthrough is just around the corner, simply because there is a new prime minister.

The outgoing Minister of State for Northern Ireland Conor Burns held informal discussions with officials in Dublin two weeks ago, and the conclusion among Irish officials was that no significant change on the Protocol Bill was on the cards.

What is different, however, is that Liz Truss now owns that bill, and she will own the consequences if it prompts a trade war with the EU.

This is a dilemma entirely of Truss's own making

Time is not on Truss' side. Some observers believe the bill could become law before Christmas, although UK sources insist the Lords could well drag it into 2023.

She has precious little room for manoeuvre. She faces a divided party and a range of gargantuan economic problems.

The European Research Group (ERG) of rightwing eurosceptics believe their support allowed them not only to write large sections of the Protocol Bill but to put Truss in Number 10, and they can agitate through parliamentary questions and the Tory press.

Truss, therefore, is between the rock of ERG and DUP expectations and the hard place of the EU's insistence that it will not renegotiate the protocol, certainly not with a gun on the table.

This is a dilemma entirely of Truss' own making.

However, that will be cold comfort to European capitals who simply want the Northern Ireland situation to be resolved once and for all.

"We've all been spectators in all this," says one EU diplomat. "I do feel a sense of fatigue, about the ever ongoing soap opera that we're watching across the channel, and there being no sign of any of it leading to a substantial change in the relationship with the EU."

My understanding is that in the past two weeks the Truss campaign team has been working closely with UK officials to test the EU’s appetite for compromise, or at least how the stand-off might be defused before the bill becomes law.

Last week there was some reporting that the EU would not engage in substantive talks with Truss unless she pauses or freezes the Protocol Bill.

Conversations this week with officials in Brussels suggest a more nuanced approach.

"We can’t be saying you have to stop this before we even speak to you," said one source. "I would imagine we will be more open than that. But of course, we have to discuss solutions within the framework of the protocol. It’s not a completely open invitation, but I don't think we would just sit down and do nothing."

It seems clear Truss will not pause the bill but will try to coax the EU into reaching some kind of interim agreement on managing GB-NI trade, which might then supersede some of the bill’s more toxic provisions.

Some observers believe the more contentious issues like the role of the European Court of Justice (ECJ), VAT and competition rules could even be kicked down the road until after the next UK election.

UK officials insist Truss will want most, if not all, of the protocol problems - as defined by London - to be dealt with. They point out that if the new prime minister is going to launch a major tax or spend initiative on the cost of living, then Northern Ireland cannot be left out of that because of any constraints the protocol might have.

Can a deal be done?

The EU has been clear that it can offer deeper flexibilities on the protocol, but only within the framework of the protocol itself.

In June, it published position papers setting out targetted changes to EU law which would allow an expansion of the Trusted Trader Scheme, an express lane for GB-NI goods, a reduction of more than 80% in SPS and customs checks, simplified certification (including a three-page document for a lorry load of mixed goods), cutting customs formalities in half, and allowing the import of chilled meats including sausages.

These are conditional on UK good faith (ie, not unilaterally ditching the protocol) and a commitment to constructing Border Control Posts (BCPs) and the provision of real-time data on goods entering the North.

On the latter, London says it has constructed a bespoke system for the EU which would provide data between 15 and 40 minutes of a ship leaving GB en route for Belfast.

None of this provides any clear signposting to a happy outcome

It’s understood the European Commission is largely satisfied with the system, although it has taken several drafts and plenty of testing. UK sources say a user agreement which both sides could adopt is almost ready to go, and laptops hardwired to receive the data, and to be used by EU officials, are fully prepared.

Despite this, there is the tightening legal action by the European Commission and no small measure of ambiguity for GB-NI traders over what exactly the legal position is when they are shifting goods.

In general, the European Union believes the UK is not correctly applying the protocol. However, the commission has tacitly accepted the UK extending a number of grace periods, effectively creating an unofficial "standstill" arrangement.

That has worked so long as both sides have been talking.

However, when the talking stopped and the UK introduced legislation to rip up the protocol in June, the legal action resumed.

On September 15 and 22 the UK is required to provide a formal response to the proceedings and if the commission believes the responses are inadequate it could take the UK to the European Court of Justice over at least one of the proceedings.

That will be an early escalation. Brussels may well delay court action (for example, taking time to analyse the UK’s response) if there is a fragile reset under way.

London believes that both sides would like the standstill situation to prevail (the UK has its own domestic legislation to tweak in order to permit that), and that whatever happens with the legal deadlines this month, the situation on the ground will not materially change.

If there is a clash in interpretation over things staying as they are, then London could trigger Article 16 as a way of dealing with the legal ambiguity, but that carries its own risks.

It would push the UK back into protocol "process": that would mean urgent talks through the EU-UK Joint Committee, arbitration, constraints, obligations, balancing measures and so on.

"As a test of whether people are seriously triggering Article 16," says Paul McGrade, senior counsel with Lex Comm, "or using it as a route for negotiation, is: where are your independent panel members? Where are the New Zealand or Aussie or Canadian trade experts or whoever you're going to nominate to show some credibility?"

None of this provides any clear signposting to a happy outcome.

While the European Commission might live with more extended grace periods for a short while, at a certain point this either becomes illegal (France and Germany are growing increasingly concerned about legal drift), or it begins to create "facts on the ground" that could seriously jeopardise Ireland’s place in the EU’s single market.

What if, muses a former diplomat, a French company were to take the commission to the ECJ because goods entering France via Northern Ireland cannot be considered safe, or if a multinational locates itself in Belfast and not Lille in order to access the single market?

The deadlock, however, could be broken by new factors, not least the energy crisis.

The DUP has said it won’t enter Stormont until the NI Protocol Bill is law; however, London could remind the party that hundreds of millions of pounds in cost-of-living support cannot be dispensed if the Executive is not sitting.

If there is no agreement between the parties by 28 October then the UK is obliged by law to hold another Stormont election. If the bill is still making its way through the Lords, the DUP will have to work out, as one source puts it, where its "balance of advantage lies".

Meanwhile, the European Union can keep the unspoken threat of trade sanctions on the table, since it regards the UK as having its own weapon in the form of the Protocol Bill. Would Truss invite a trade war on top of an economic crisis?

As she enters Downing Street, these are the hard decisions she will have to take.

European capitals will also have to decide if, in the interest of getting things resolved once and for all, they can stretch their flexibilities any further. 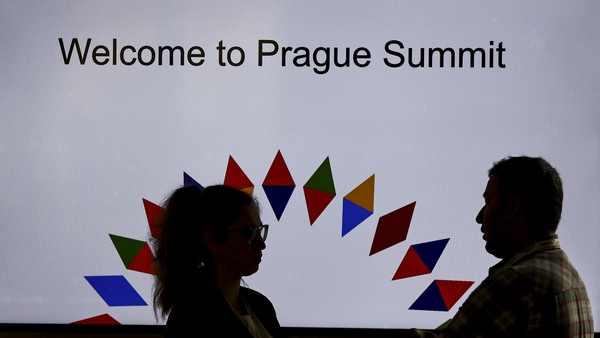 Leaders from Europe to discuss energy and war 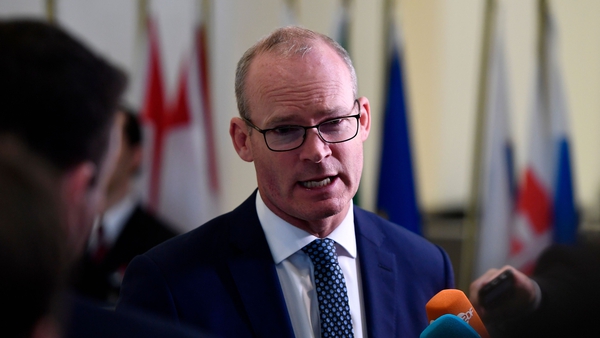 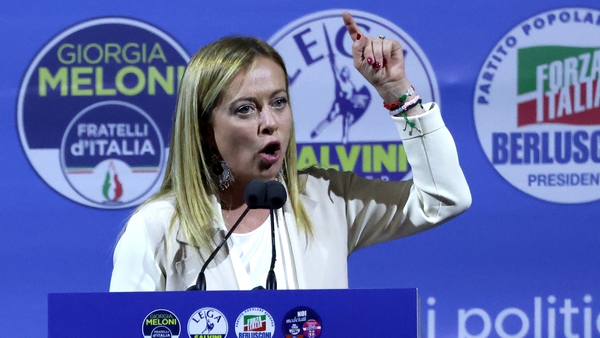