The Covid-19 pandemic has resulted in poorer mental health amongst young adults, according to research carried out by the Economic and Social Research Institute (ESRI).

The findings show 55% of women and 40% of men aged 22 were classified as depressed.

These are higher figures when compared with two years previously when 22% of men and 31% of women were depressed.

Research carried out in December 2020 found that poorer mental health during the pandemic reflected the disruption to young adults' employment, education and day to day activities.

Emer Smyth, Research Professor with the ESRI and one of the authors of the report said that "the levels of depression are very high and concerning".

Speaking to RTÉ's Morning Ireland she said the findings "reflect the massive disruption these young adults experience to their employment, to their education and to their day-to-day social activities".

The ESRI report said that the scale of mental health difficulties among young adults, particularly young women, is of significant concern.

"It is too early to say how long-lasting these effects will be but there appears to be a considerable risk of a longer-term scarring effect for some groups of young adults," it says.

Just before the pandemic hit, most of these 22-year-olds (63%) were in full-time education or training and so shifted to remote learning.

The vast majority had the electronic devices they needed for remote learning and live online lectures or classes offered by their institutions.

However, around half did not have access to adequate broadband and a quiet place to study, and less than one third (30%) received regular feedback on their work.

Over half (57%) found it difficult to study while learning remotely, and this was linked to a greater risk of depression.

In contrast, those who had more interaction with their institution and the resources they needed to study fared better.

The impact of job loss

Over half (57%) of those working (either full-time or while studying) when the pandemic hit lost their job and 16% started working remotely or increased the hours that they worked from home.

Having higher Leaving Certificate grades and being in a professional or managerial job at age 20 appeared to act as some protection against job loss when the pandemic began.

The report said that losing a full time job was linked to poorer mental health, especially for young men.

Young adults reported very significant changes to their social activities during the pandemic.

Over 80% had less face-to-face contact with their friends than before the pandemic, even though restrictions on such contact had begun to ease at the time of the survey.

Reduced contact with friends was linked to increased depression for young women.

Of those who were engaged in sports and cultural activities prior to the pandemic, the majority reported spending less time on these activities during the pandemic.

This was more common for those who lost their job or found it difficult to study remotely. 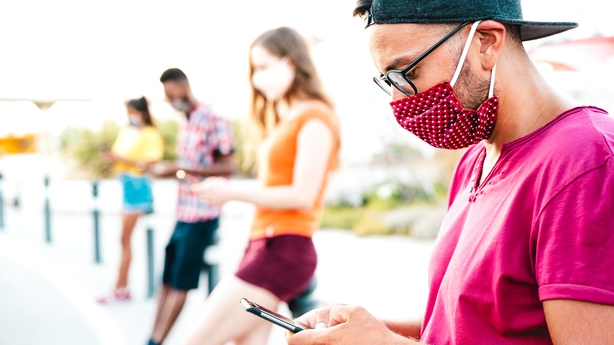 Spending less time on sport and less time outdoors during the pandemic were linked to higher depression rates among men.

The factors protecting against depression were different for men and women, according to the findings.

For men, being involved in team sports before the pandemic and confiding in a boyfriend or girlfriend served as protective factors.

While policy has rightly moved towards emphasising a continuum of support, the scale of difficulties among young adults will place considerable demands on community mental health services, the report found.

Ms Smyth said the study showed the importance of providing adequate mental health supports for young adults as "a matter of urgency".

Another report author, Anne Nolan, noted that overall alcohol consumption levels during the pandemic declined among young adults but the small group who increased their consumption had poorer mental health.

"For women, eating more junk food/sweets was also associated with an increased risk of depression.

"The findings therefore highlight the potential for broader health promotion initiatives (in relation to diet, physical activity, smoking and drinking) to have positive spillovers on mental health and wellbeing."

The research used data from the Growing Up in Ireland survey, which was funded by the Department of Children, Equality, Disability, Integration and Youth and will be launched by Minister Roderic O'Gorman today.