The Health Information and Quality Authority (HIQA) has raised serious concerns about patient safety as a result of overcrowding at the main public hospital in the midwest.

HIQA said conditions at the Emergency Department at University Hospital Limerick are insufficient to meet the needs of patients and that they compromise the delivery of safe care.

The authority has published a report on the ED, following an unannounced inspection there earlier this year.

It details how the hospital is failing to comply with national standards governing patient dignity, patient care and staffing levels.

In addition, UHL is only partially compliant with guidelines for the effective management of services.

It concluded that measures enacted to try to tackle these problems to date have not been effective in managing risks to patient safety.

The inspection took place on 15 March, days ahead of the St Patrick's weekend double bank holiday.

Inspectors found the ED to be "grossly overcrowded", with many people experiencing lengthy delays.

One patient had been waiting on a trolley for 116 hours - almost five days. Another was waiting over 85 hours, while a third had been there for 71 hours.

The report said that the hospital is not planning, organising or managing nursing staff levels to ensure that high-quality, safe and reliable healthcare is provided.

On the day of the inspection, there was a 17% shortfall in the agreed number of nurses rostered on duty.

Following the publication of the HIQA inspection report into UHL, Taoiseach Micheál Martin said that "without question the HSE, the hospital and the region's governance will have to respond very, very urgently"| https://t.co/k19KKe0JSL pic.twitter.com/mvAnZpBECO

HIQA said this insufficient staffing had a knock-on impact on wait times for people presenting to the Emergency Department.

There were twice as many patients in the ED than the building was designed to hold, with 50 people lying on trolleys around the department.

Inspectors described "severe difficulties" as a result of this overcrowding. As well as leading to congestion, it compromised patient confidentiality and meant those on trolleys had "little to no privacy or dignity".

The report acknowledged HSE initiatives to try to improve the experience of patients since the start of the year.

But inspectors said efforts by hospital management to address the issues caused by the overcrowding are "inadequate" and "ineffective".

The report said many people attending the department were almost resigned to overcrowding, with one respondent saying they "just expected that was the situation".

Sean Egan, Director of Healthcare Regulation at HIQA, told RTÉ's News at One that the authority has received a compliance plan for the short, medium and long term, and will continue to monitor the hospital and hold them to account.

University Hospital Limerick has said additional resourcing of healthcare services in the midwest is needed to address the issues raised in today's report.

In a statement, the hospital said it has developed a "detailed plan" to try to bring the Emergency Department "closer to compliance" with standards.

It has apologised to patients for the failings identified in the inspection report. UHL also pointed out that a range of factors need to be considered in dealing with the findings.

These include internal processes, hospital avoidance initiatives and increasing acute bed capacity, in line with the population the hospital serves.

He told RTÉ's News at One that the hospital has 530 beds when in 2009 600 was recommended, and they are still far short of where they need to be to deal with the unscheduled care demand.

In the short term, staff have been redeployed to the ED and there is an "ongoing focus" on transferring patients to other facilities in the region.

The hospital said an external review of patient flow will examine the use of resources and identify any constraints. Community healthcare services and local GPs are also being consulted.

It said the scale of the challenge facing the only ED in the midwest "must not be underestimated".

Attendance figures for the first four months off this year are up 20% on the same period in 2021.

The number of people over the age of 75 presenting for treatment has increased by an even greater proportion.

UHL has appealed to the public to only visit the ED if they are seriously ill or require emergency treatment and to consider using alternative care options where possible.

The hospital has put an escalation plan in place to address triage times and said it was working to address staffing issues.

Prof Lenehan said there was an obvious case for an acceleration of investment in the provision of healthcare in the region.

He said the region had fewer options than elsewhere when it came to accessing emergency care and said he hoped today’s report would lead to a redoubling of efforts to address a shortage of acute beds in the area.

The 39-page report gave an indication of the length of time patients had to wait in Limerick's ED.

None of them were admitted or discharged in line with a nine-hour target timeframe, and over half of those older patients had been waiting for more than a day for a bed.

Inspectors expressed concern about the increased risk of morbidity and mortality associated with prolonged waiting times.

They said the "persistent overcrowding" also increased the risk of infection and pointed out that their visit happened at a time when there was a surge in Covid-19 cases.

The Health Protection Surveillance Centre was notified of 6,284 PCR-confirmed cases nationally on 15 March, with a further 8,644 people registering a positive antigen test. 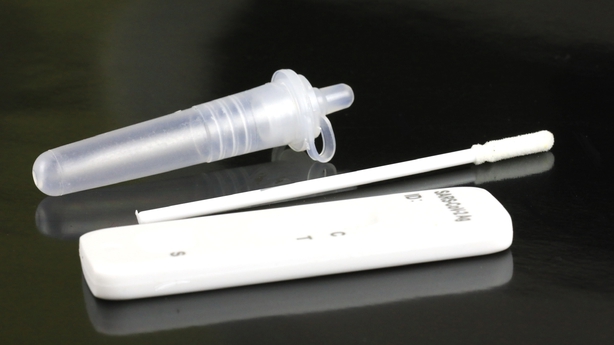 HIQA said its inspectors visited amid "unprecedented levels of attendance" at the ED since January of this year.

On the day in question, a total of 290 people attended the facility.

The report said hospital management have cited overall bed capacity in UHL, and across the wider midwest region, as a major contributory factor to the ED overcrowding.

But it said the recent addition of 98 new inpatient beds has had no major impact on easing pressure in the ED.

HIQA stated that short-term measures are not working, while medium- and long-term plans "referenced by management" are based on measures yet to be advanced by the HSE.

The authority said it will be monitoring the progress of two separate reviews by the UHL group in the coming months.

One of these is looking at how staffing levels impact care provided to patients, while another independent analysis is examining patient flow at the hospital. Both are due to be completed by the end of this month.

Inspectors said that while these reviews might help, "more substantive measures to address capacity deficits in the midwest region are also likely to be required".

To this end, it is critically important that a "fully funded longer-term plan for the midwest region is implemented" to address service configuration, capacity and resourcing.

Without such a plan, the report said overcrowding at the emergency department at UHL will remain a persistent problem and patients will continue to be put at risk.

In response to the inspection, the HSE submitted a compliance plan to HIQA. In the short term, it pointed to the reviews being conducted to try to address the multiple issues raised.

In addition, there are plans to use more beds on the St John’s Hospital site in Limerick.

Patients will be transferred to other hospitals in the region, after being reviewed in the ED, and eight beds in Nenagh will reopen by the end of this month.

In the longer term, the HSE said it is progressing plans for an extra 96 beds in Limerick and that ongoing efforts are under way to recruit and secure funding for additional consultant and non-consultant posts at UHL.

The HSE said it will also explore the provision of a Model 3 hospital in the region to support activities undertaken in UHL.

Responding to the publication of the HIQA report, Taoiseach Micheál Martin said "without question the HSE, the hospital and the region's governance will have to respond very, very urgently" to the report's conclusions.

He said the Government had provided the funding, however he did note that the HIQA inspection took place during a time of exceptional pressures during the pandemic.

He said that there was an obligation on the HSE to respond in a sustained way and make sure reforms take place.