Thousands of people are gathering in Belfast for a rally in support of Irish language legislation in Northern Ireland.

Protestors say it would fulfil a promise first made by politicians in a 2006 agreement.

Division at Stormont meant it did not happen.

In March this year Westminster finally announced plans to legislate if the Assembly did not. 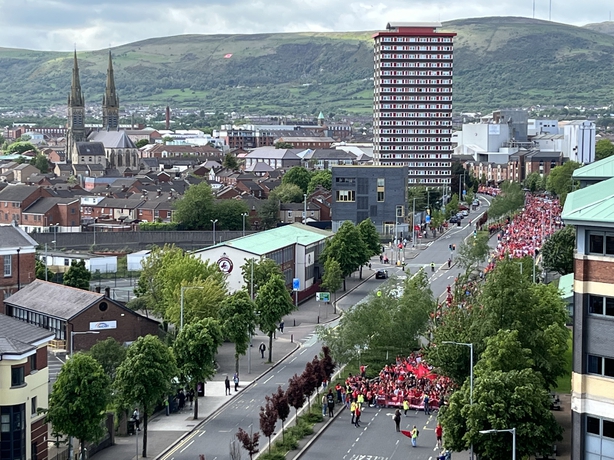 The British government is expected to bring forward an Identity and Language Bill this week.

It would create an office of Irish Language Commissioner to protect and enhance the use of the language and develop best practice standards for public bodies.

It would also provide official recognition in law to the Irish language and repeal laws which prevent its use in the courts.

Northern Secretary Brandon Lewis will be given powers to intervene to ensure implementation.

The bill would provide for a second commissioner to promote Ulster Scots language and literature and what the UK government describes as the "Ulster British tradition in Northern Ireland".

Rally organiser Conchúr Ó Muadaigh of an Dream Dearg said it would be the biggest Irish language demonstration in a generation.

He said the proposed legislation would be "hugely symbolic and hugely historic for our community." 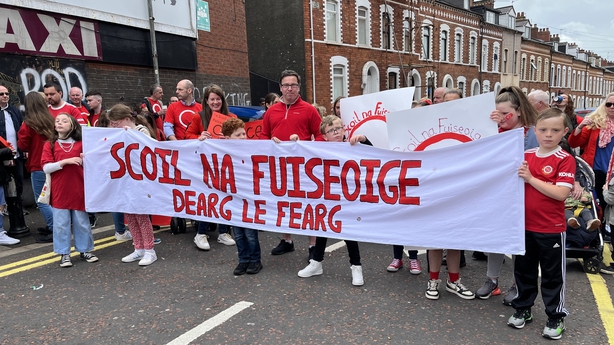 "The trajectory of the Irish language is only going in one direction and that is up," he said.

"This legislation will give us an even better opportunity to build the infrastructure to support those who are seeking to live their lives through Irish."