Yoghurt production has resumed at the Glenisk factory in Co Offaly today.

It's the first time yoghurt pots have been filled at Killeigh, near Tullamore, since a devastating fire ravaged the plant four months ago.

Two products from the range will be back on supermarket shelves from Wednesday.

Glenisk held the number one spot in the Irish yoghurt market prior to the fire.

"We were hoping to be back up by Christmas, we are about a month late. But we're after achieving, what for us is, the impossible. We're after getting back into production from what you can see here behind us, there is no factory, to having a small factory once again".

He said today was the "start of the comeback"

"It's almost the start of the beginning of the comeback. It will be a series of baby steps from here but we're back. We'll be back on the shelves tomorrow and that's critical for Glenisk," he said.

Almost everything at the plant was destroyed in the blaze that broke out on the 27th of September last year. 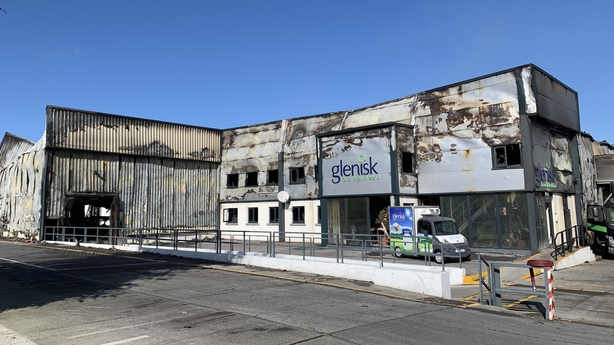 Over the past four months, two new manufacturing halls have been built at the site.

They will have the capacity to produce approximately 200,000 pots of yoghurt each week.

However, this "plan B" facility is more labour intensive than the previous factory and requires more workers to make less yoghurt.

Before the fire, 57 different products were manufactured by Glenisk, which was founded by the Cleary family 35 years ago.

The new operation will mean the return of almost all products over the coming months.

The milk processing plant was untouched by the fire and resumed production just days later.

However, today is an important day for the manufacturer, as yoghurt makes up around 90% of the business.

It will gradually bring back other products in the coming weeks and months.

The company says the return to production today is down to the hard work of its staff and the support of local contractors and materials suppliers. 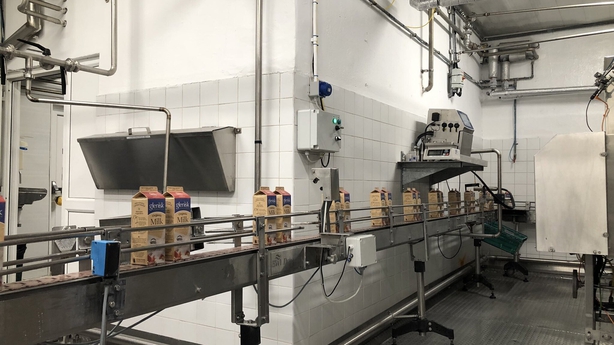 The company praised the public's "overwhelming response" to the fire, saying it received everything from "prayers, rosaries and masses", to offers of labour and equipment, and even "lots of offers of pocket money from young children".

Since the fire, Glenisk says it continued to work with and collect milk from 50 organic farms around the country.

This was more milk than the company could process, and it diverted much of the milk into the "conventional" market, while taking a financial hit.

While the "Plan B" manufacturing plant will allow the company in the short term, the Cleary family is looking to the long term, and what it calls "Plan A".

The old fire ravaged factory has been demolished and plans are being drawn up for a rebuild.

A carbon-neutral manufacturing facility is planned, which its hoped will future-proof the business.

It's expected it will take at least a year for this to be completed.