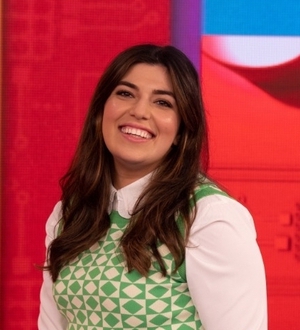 Two third-year students from Synge Street CBS, Dublin have been announced as the winners of the 58th BT Young Scientist and Technology Exhibition.

Aditya Joshi and Aditya Kumar, both aged 15, took home the top prize for their project entitled "A New Method of Solving the Bernoulli Quadrisection Problem."

Their project in the Intermediate section in the Chemical, Physical & Mathematical Sciences category.

"Six months of work paid off in the end, over Christmas holidays, every holiday pretty much, we were working," Aditya Joshi said.

The 2022 winners received the top prize of €7,500 and the BTYSTE perpetual trophy.

When asked what they hope to do with the prize money, he said: "Well, I was hoping to upgrade my computer, that would be nice."

They received the top prize of €7,500 and the BTYSTE perpetual trophy.

The pair will also represent Ireland at the European Union Contest for Young Scientists in September 2022.

"The students tackled the problem using the technique of particle swarm optimisation, an algorithmic approach inspired by the biological phenomena of the behaviour of individuals within flocks or swarms.

"The judges were highly impressed by their elegant work, their creative ideas and their excellent presentation skills. The students presented a new approach to a problem that dates back to 1687, while also identifying areas of possible application in contemporary engineering."

Shay Walsh, Managing Director, BT Ireland congratulated the winners and said: "The students at the BT Young Scientist & Technology Exhibition did a remarkable job this week and have shown huge diversity of thought in actively seeking out solutions to some of the biggest challenges that humanity faces."

In 1687, Jacob Bernoulli published his solution to the problem with a general algebraic solution.

The award for Individual winner went to 16-year-old Ross O'Boyle, a transition year student from Portmarnock Community School, Dublin for his project entitled "An investigation into the effectiveness of various ventilation methods using CO2 as a proxy for the spread of Covid-19 in both controlled and real-life scenarios."

Professor Orla Feely, Vice-President for Research, Innovation and Impact, UCD & Chair of Individual Chemical, Physical & Mathematical Sciences said: "The judges were very impressed by the breadth of the project, and also by the way in which the student [Ross] applied scientific principles to a problem of great current interest."

The talented young students who took part in the exhibition have invented an intelligent spectacle system which helps reduce anxiety and fear in people with dementia.

Andrei Florian, aged 17, took home the individual runner-up award, for his project entitled 'An Investigation into the Development of a Digital PR-STV Electoral Voting System using Blockchain Technologies’ in the Technology category at Senior level.

Speaking to students at the awards ceremony, Minister for Education Norma Foley TD said: "It is both encouraging and heartening to witness the level of creativity and innovation of this year’s entrants as demonstrated through their meticulously researched and ingenious projects."