Most pubs will be unable to viably operate under the latest Covid-19 restrictions that mean they must close at 8pm from this Sunday, the Licensed Vintners Association has said.

Taoiseach Micheál Martin has announced that the Cabinet has agreed to implement an 8pm closing time for hospitality and live events, as well as other indoor venues such as cinemas and theatres, to curb the spread of Covid-19 over the Christmas period.

The measures are due to be in place until the end of January 2022.

The LVA has said that the decision represents a closure of the industry "in camoflague" and will cause many pubs to close anyway.

In a statement it said this will put thousands of people out of work.

The LVA questioned what scientific basis was used to reach what it termed the "arbitrary closing times of 5pm or 8pm".

LVA chief executive Donall O'Keeffe said "Most of our members will now take the decision to shut their doors as they simply won't be able to afford operating in these conditions.

"Many pubs have been expressing the view that they would rather be asked to close than have to accept an arbitrary curfew of 5pm or 8pm," he added.

The Restaurants Association of Ireland has said the hospitality sector is "devastated and fearful for the future".

RAI chief executive Adrian Cummins described the 8pm closure as "a de facto lockdown for hospitality" which "is not financially viable for businesses to operate".

He called on the Government to put an emergency hospitality support package in place.

In a statement the RAI said that 60% of hospitality staff will be laid off on Christmas week following the Government announcement.

It also said that "Christmas restrictions mean a long cold winter for hospitality" and it called for financial supports to be made available if the industry is to survive.

The Vintners Federation of Ireland, which represents pubs outside Dublin, has said the 8pm closure is "no compromise for the decimated pub trade".

It described the 8pm closure as a "final gut punch for a sector that has faced an unprecedented pummelling since the pandemic started 20 months ago".

It said the new closing time makes little sense and will lead to pubs closing their doors for the duration of restrictions. 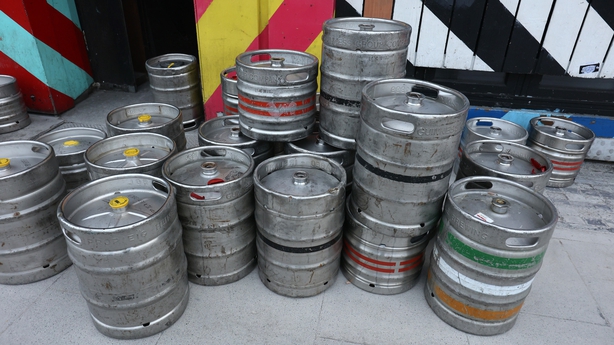 Padraig Cribben, VFI Chief Executive, said the move will "decimate the trade that was already on its knees. Christmas was the one chance we had to recoup some of the losses amassed earlier in the year but we're now in a situation where staff will lose their jobs and pubs will shut one week before Christmas as they see little point in opening under these conditions".

Mr Cribben called for comprehensive supports to be put in place.

"Government now has to announce a return of the CRSS for our members who have been pummelled by this news. It's difficult to overstate the feeling in the trade, publicans and their staff are at the absolute limits of their endurance," he said.