The Chief Medical Officer has appealed to the parents of school children to join in "a concerted effort" to follow the new measures "for at least the next two weeks".

In a letter to parents setting out the new restrictions and explaining the public health rationale behind them, Dr Tony Holohan says he is hopeful that if this concerted effort takes place, "we can make a real difference to the incidence of disease in children and in the wider public".

Dr Holohan's letter was sent to primary schools last night by the Department of Education, and the CMO has requested that schools distribute it to parents. It will be sent to post primary schools today.

The CMO says that "in a very short period of time, we have seen a significant and rapid deterioration in the epidemiological situation, and a resultant very high incidence in the as yet unvaccinated 5 to 11 year old age group".

"This is a cause for some concern", he says.

He has warned that while most children who pick up Covid-19 will experience a very mild form of the disease, "a small few may become severely ill".

The CMO says that schools are at the heart of communities and play a fundamental role in the lives and well-being of children.

"It is therefore imperative that we move quickly as soon as we notice a significant change in incidence."

Dr Holohan outlines the new recommendations around indoor birthday parties, play dates and sleepovers, and indoor community gatherings. He also outlines the updated advice to parents, such as ensuring that their child wears a mask if it is recommended for them. 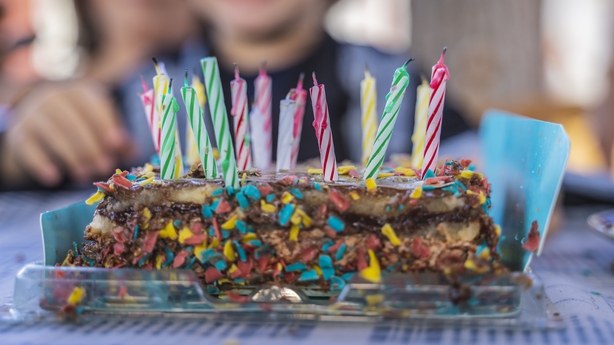 "I am keenly aware that these measures are not what any of us want to hear, particularly at this time of year. I know this is an additional burden at what has been a very difficult time for all of us, particularly those of us with young families," the CMO says.

But he says parents have a key role to play in reducing transmission within and between households and he says isolating and arranging PCR tests for children with symptoms, though increasingly difficult "remains an essential measure to protect families and the wider community".

He says that the high incidence of disease at the moment across the country means the force of infection is being pushed down through the unvaccinated population and into our unvaccinated young children.

"I am hopeful that if we all make a concerted effort to follow these measures for at least the next two weeks, we can make a real difference to incidence of disease in this cohort and in the wider public".

Dr Holohan says the measures around mask-wearing for children will be reviewed by the National Public Health Emergency Team in mid-February.

The Chief Medical Officer says that the ongoing efforts by parents and children to adhere to the public health advice "has been fundamental to our work to drive down the incidence of Covid-19 in the community".

He ends the letter by thanking parents. "Many thanks for your continued effort to keep our schools and our wider communities safe", he says.