At the COP26 summit underway in Glasgow, however, they have been welcomed with open arms, the UN's top nuclear regulator told AFP.

The spectre of Chernobyl and Fukushima, along with the enduring problem of nuclear waste, kept energy generated by splitting atoms on the sidelines, even if that energy was virtually carbon free.

But as the climate crisis deepens and the need to transition away from fossil fuels becomes urgent, attitudes may be shifting.

"Nuclear energy is part of the solution to global warming, there's no way around it," said Rafael Mariano Grossi, director general of the International Atomic Energy Agency, in an interview.

It already accounts for a quarter of "clean", that is, carbon-free, energy worldwide, and Mr Grossi said this COP is the first where it has "had a seat at the table".

To have even a 50/50 chance of capping global warming at 1.5 degrees Celsius above pre-industrial levels, the threshold for dangerous tipping points that could trigger runaway warming, global greenhouse emissions must be slashed by almost half within a decade, scientists say.

But things are still moving in the wrong direction: a report on Thursday said emissions in 2021 are approaching record levels.

Will COP26 deliver a meaningful deal on climate change?
How climate summit pledges may or may not affect warming
Thunberg says COP26 a 'failure' as youth demand action

The International Energy Agency (IEA) has warned they could hit new heights by 2023.

That is helping refocus attention on nuclear.

"At the 2015 COP in Paris, nuclear wasn't welcome," said Callum Thomas, head of a recruitment firm for the nuclear industry, who was spotted at COP26 sporting a T-shirt saying "Let's Talk Nuclear".

"There was a belief it was not needed. Now many countries are looking at the feasibility, especially with the rise in gas prices."

From the time he took the IAEA's helm nearly two years ago, Grossi, an Argentine diplomat, has been a tireless advocate for the industry.

At his first COP in Madrid he "went in spite of the general assumption that nuclear would not be welcome".

On the contrary in Glasgow, where nearly 200 countries are still trying to put flesh on the bone of the 2015 Paris Agreement, he said "nuclear is not only welcome, but is generating a lot of interest".

Grossi argues that the technology can not only speed the transition away from fossil fuels, but also power research on technologies needed for adapting to climate impacts, from finding drought-resistant crops to eradicating mosquitoes.

He acknowledges that it carries serious risks. 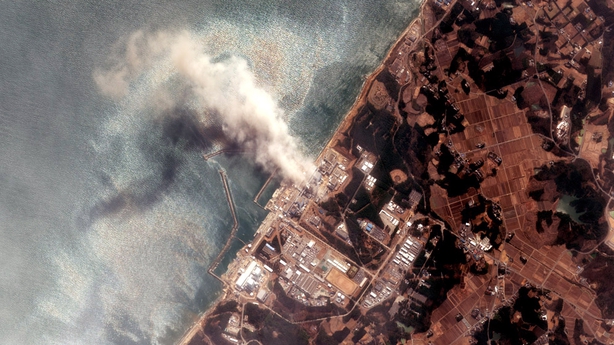 The meltdown of three reactors at Japan's Fukushima power plant in 2011 following an earthquake and a tsunami profoundly shook confidence in nuclear.

The industry also has yet to find a way to dispose of nuclear waste, which remains highly radioactive for thousands of years.

But Grossi said these issues are not disqualifying, arguing that statistically the technology has fewer negative consequences than many other forms of energy.

It could also be a complement to renewables.

"Nuclear energy goes on and on for the entire year, it never stops," he said. 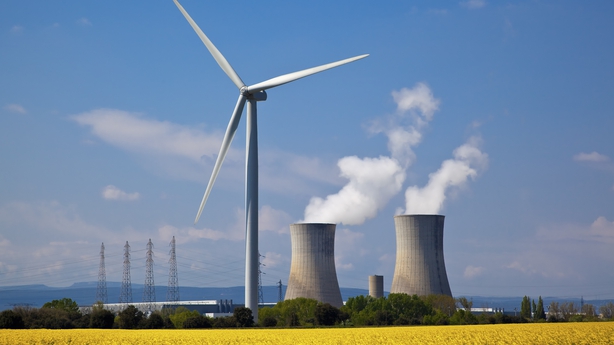 Even so, with prolonged construction times, many argue that it is too late to build enough nuclear capacity to effectively join the battle against global warming.

But Grossi said he thinks part of the answer lies in keeping existing reactors up and running.

Many power plants designed to run for 40 years are now licensed for 60 years under strict national safety standards supervised by the IAEA, he said.

"What could be more efficient than a facility that you build that gives you energy for close to 100 years?" he said.

He acknowledged that plants running that long might be a "bit of a provocation".

In their projections on how to limit the rise in global temperatures and satisfy a growing global demand for energy at the same time, the IEA takes all non-carbon sources on board.

The UN's climate science advisory panel, the IPCC, has also given a place to nuclear in its models, even as it says that its deployment "could be limited by social preferences".

While New Zealand and Germany are opposed, India is in discussions with French energy giant EDF to build what would be the largest nuclear power plant in the world.

Meanwhile, both Canada and the United States are developing so-called "small modular reactors", although only Russia has put into operation a floating reactor using this technology.

Price is also not the barrier it used to be, said Grossi.

"Countries see in smaller units a very interesting alternative, which is not in the range of billions but of hundreds of millions," he said. "When it comes to energy projects, this is quite affordable."