Another potential crisis could be looming at Stormont with Sinn Féin saying it has been assured that the British government will introduce an Irish Language Act soon, and the DUP warning it not to.

The dispute has its roots in the New Decade New Approach Agreement brokered by Minister for Foreign Affairs Simon Coveney and former Northern Secretary Julian Smith.

The agreement included a commitment to introduce Irish language legislation.

But that had not happened by June of this year when former DUP leader Arlene Foster stepped down as First Minister.

Sinn Féin said it would refuse to agree to go back into the power-sharing administration unless it had a firm commitment that the legislation would be enacted.

When the DUP refused to give such a commitment, the party went over its head and negotiated directly with current Northern Secretary Brandon Lewis.

He announced in June that he would introduce legislation this month if the Stormont Executive failed to so, but it has failed to act and, so far, so has he.

Sinn Féin today said it has been assured that the new law will be introduced and expects movement "within days".

Shortly after becoming DUP leader, Jeffrey Donaldson said his party could not remain in the power-sharing administration unless the dispute over the Brexit protocol is resolved.

He also said it would not be acceptable for the British government to legislate on language until that happens.

"We are very clear, the basis on which we re-entered government last year was the New Decade New Approach agreement, and a key element of that agreement was for the UK government to protect Northern Ireland's place within the UK internal market," he said.

"That hasn't happened. We have a protocol that is harming our place within the UK internal market, a lot needs to be resolved and we don't believe it is right for the government to press ahead on a partial basis with some elements of the agreement and ignore the elephant in the room, which is the harm being done to the economy by the protocol."

Speaking during a visit to the birthplace of the Orange Order in Loughgall in Co Armagh this afternoon, Mr Donaldson said his party had made it clear to the British government that it should not act on its commitment on the Irish language.

"I don't think the government should allow themselves to be distracted by other issues. Frankly, I've just come from a business that has been harmed by the protocol, whose trading arrangements with Great Britain are being undermined on a daily basis," he said.

"The Irish Language Act has absolutely nothing to do with the protocol, they are two distinctly different issues," she said.

"The Irish Language Act is something that was promised as far back as the St Andrew's agreement and now it needs to be delivered upon."

She discussed the issue at a virtual meeting yesterday with the Northern Secretary and Stormont's First Minister Paul Givan.

British government officials are due to have talks about the matter with the parties in the Stormont Executive next week.

"The British government have time and time again reneged on political commitments that have been made, that's why it's my job to hold their feet to the fire," Michelle O'Neill added.

"I have engaged with Brandon Lewis twice this week. I also have it in writing. I've engaged with them numerous times since the period of June when we actually secured a political commitment.

"I expect them to deliver that now, none of us can be held to ransom by the DUP. 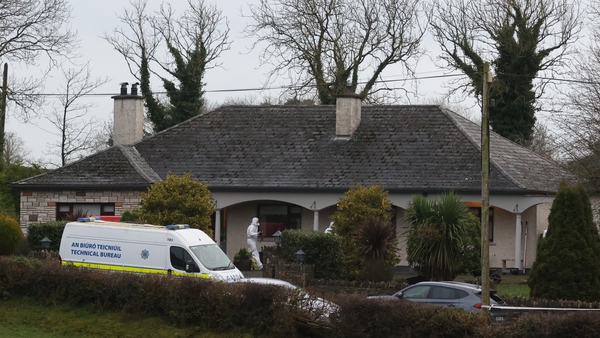