The independent chairperson of Croke Park community meetings Noeline Blackwell has said that five concerts are "sanctioned, planned and are going ahead" in Croke Park next year.

Speaking on RTÉ's Today with Claire Byrne, Ms Blackwell said that following last night's meeting with local residents there is a recognition that more work has to be done to improve the experience of local residents if the concerts take place.

At the meeting, more than 120 residents met senior management from both Croke Park Stadium and Aiken Promotions to discuss stadium concert plans for 2022.

Ms Blackwell said it is the case that five concerts are "in the books" already and although Aiken Promotions never said the performer was Garth Brooks, that is understood to be the case.

Croke Park does not need planning for up to three concerts in a year and Ms Blackwell confirmed that an application to Dublin City Council was made and two more concerts have now been sanctioned.

She said a second application to permit two further concerts to go ahead in September 2022 has also been lodged with the council.

Ms Blackwell said that it is "clear much more work needs to be done in relation to the concerts which are sanctioned ... and it seemed [to me] they are going ahead". 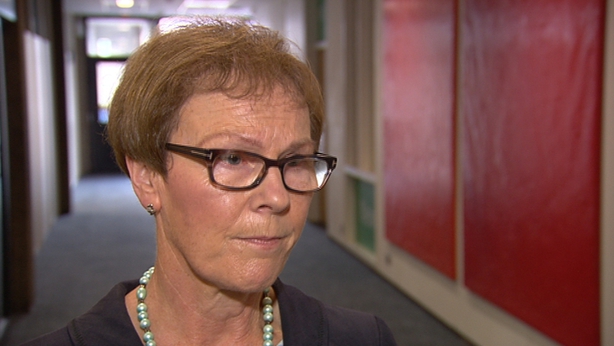 She said "everyone recognised the serious impact these concerts have on local residents" and that there will be an opportunity for residents to come together with the stadium management and promoters to work out a better way forward.

However, Colm Stephens, of the Clonliffe & Croke Park Area Residents' Association, said they will only accept three concerts in any one calendar year.

Speaking on the same programme, he said last night's meeting regarding concerts being held at Croke Park next year was "fractious" at times.

Mr Stephens said they were presented with a "fait accompli" with five concerts going ahead and applications for two more.

The residents' association is appealing to Dublin City Council regarding the concerts as he said "they have the power to grant as many licenses as they like".

Mr Stephens said the stadium is not suitable for large-scale concerts as Croke Park is "plonked right in the middle of a residential area with narrow streets and poor transport infrastructure".

He stated that if there is agreement to hold just three concerts then the residents' association will cooperate and work with Croke Park and others to make sure the concerts run as smoothly as possible.

Susan Mangan, a Ballybough resident, has said she along with some others in the community want the seven concerts to go ahead, as it will be good for local businesses, including pubs and shops.

She described the local pubs who are largely family owned and who have gone through bad times with Covid, resulting in them having to stay shut for significant amounts of time.

Ms Mangan said it is not a case of "pitting neighbour against neighbour" and she wants any issues that are raised to be addressed.

"This was the first meeting last night and I do hope we are going to have a series of meetings."

In a statement, Croke Park said: "The meeting ended with a renewed commitment to build on the dialogue of the evening.

"A special working group in relation to the 2022 concerts in the stadium will be established to continue the direct engagement between Croke Park, Aiken Promotions, other stakeholders and the local community."

In a statement, Aiken Promotions said it "looks forward to continuing to engage with the residents in the weeks ahead".