Taliban forces have captured the major city of Mazar-i-Sharif in northern Afghanistan, sending Afghan forces fleeing, and drew closer to Kabul, where Western countries have scrambled to evacuate their citizens from the capital.

The fall of Mazar-i-Sharif, confirmed by a provincial council official, was another major capture for the hardline militants, who have swept through the country in recent weeks as US-led forces withdrew.

The United States and Britain are now rushing several thousand troops back into the country to evacuate citizens amid concern Kabul could soon be overrun.

Security forces from Mazar-i-Sharif were escaping towards the border, Afzal Hadid, head of the Balkh provincial council, told Reuters.

"The Taliban have taken control of Mazar-I-Sharif," he said. "All security forces have left Mazar city." The city appeared to have fallen largely without a fight, although sporadic clashes were continuing nearby, he said.

Earlier in the day, the rebels seized a town south of Kabul that is one of the gateways to the capital.

Many Afghans have fled from the provinces to the capital, driven out by fighting and fearful of a return to hardline Islamist rule, as resistance from Afghan government forces crumbles.

As night fell, hundreds of people were huddled in tents or in the open in the city, by roadsides or in carparks, a resident said. "You can see the fear in their faces," he said.

President Ashraf Ghani held urgent talks with local leaders and international partners but gave no sign of responding to a Taliban demand that he resign as a condition for any ceasefire.

His focus was "on preventing further instability, violence, and displacement of my people", he said in a brief televised address, adding that security and defence forces were being consolidated.

Qatar, which has been hosting so-far inconclusive peace talks between the Afghan government and the Taliban, said it had urged the insurgents to cease fire during a meeting with their representatives.

Earlier the Taliban, facing little resistance, took Pul-e-Alam, capital of Logar province and 70km south of Kabul, according to a local provincial council member, who spoke to Reuters on condition of anonymity.

Police officials however denied reports that the Taliban had advanced closer to Kabul from Pul-e-Alam, which is a staging post for a potential assault on the capital. 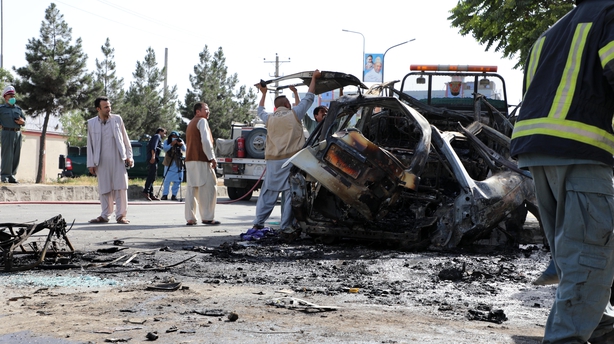 The town's capture came a day after the insurgents took the country's second and third biggest cities.

The Taliban says it is close to capturing Maidan Shahr, another town close to Kabul.

An Afghan government official confirmed on Friday that Kandahar, the biggest city in the south and the heartland of the Taliban, was under the militants' control as US-led forces complete their withdrawal after 20 years of war.

The US-led invasion, which ousted the Taliban from power, was launched after the 11 September attacks on the United States in 2001.

Herat in the west, near the border with Iran, also fell to the group. The Taliban said it had overrun the capitals of Kunar, Paktika and Paktia provinces on Afghanistan's eastern border, although this could not be immediately confirmed.

American troops have begun flying in to Kabul to help in the evacuation of embassy personnel and other civilians, a US official said on condition of anonymity.

The Pentagon has said two battalions of Marines and an infantry battalion will arrive in Kabul by Sunday evening, involving about 3,000 troops. An infantry brigade combat team will move to Kuwait to act as a quick reaction force for security in Kabul if needed.

The Czech Republic said it was evacuating its two diplomats and Germany said it would deploy troops to get its diplomats out as soon as possible.

Some embassies have begun to burn sensitive material ahead of evacuating, diplomats said. Residents said many people in the capital were stocking up on rice, other food and first aid.

Visa applications at embassies were running in the tens of thousands, officials said, and Washington was asking countries to temporarily house Afghans who worked for the US government.

Hospitals were struggling to cope with the numbers of people wounded in the fighting, with 17,000 treated in July and the first week of August in facilities supported by the International Committee of the Red Cross, the aid agency said.

The explosion in fighting has raised fears of a refugee crisis and a rollback of gains in human rights, especially for women.

Canada said it would resettle more than 20,000 vulnerable Afghans on Friday including women leaders, human rights workers and reporters to protect them from Taliban reprisals.

As well as Kabul, the government now still holds the city of Jalalabad, near the Pakistani border in the east. 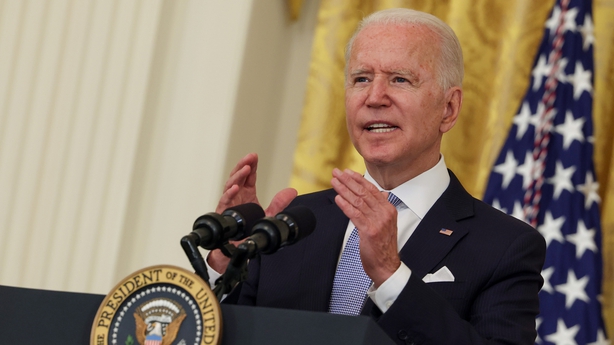 The speed of the Taliban's gains has led to recriminations over the US withdrawal, which was negotiated last year under the administration of President Joe Biden's Republican predecessor, Donald Trump.

Mr Biden said this week he did not regret his decision to follow through with the withdrawal.

He noted Washington has spent more than $1 trillion and lost thousands of troops over two decades, and called on Afghanistan's army and leaders to step up.